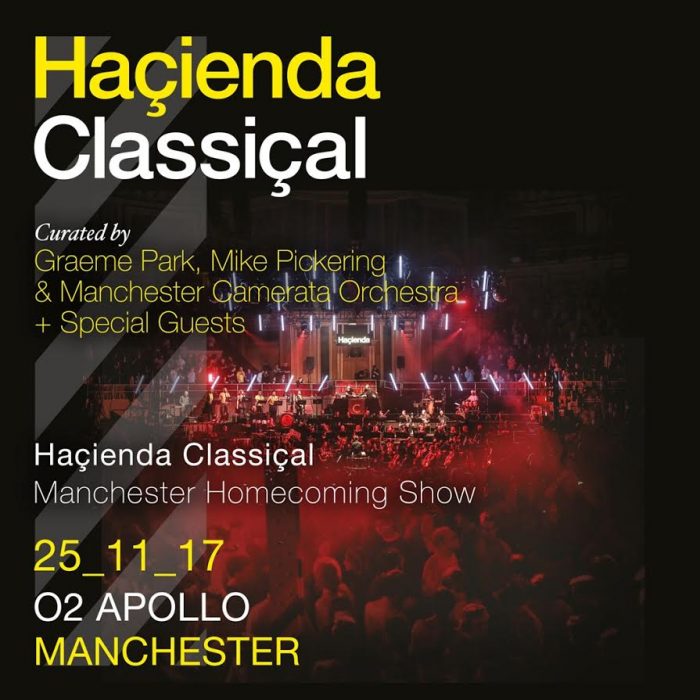 Haçienda Classical will be back in Manchester at the end of November for a homecoming end of year concert at the city’s legendary 02 Apollo on Saturday 25th November.

Having just announced that it will open the Pyramid Stage at this year’s Glastonbury, and with the fully sold out returns to the Royal Albert Hall and Manchester’s Castlefield Bowl in coming weeks. Haçienda Classical has a busy summer of dates across the UK and  at festivals but the Apollo date will be a special affair, coming hometown round up the year’s run of gigs.
.
And as with all of the previous Manchester Haçienda Classical concerts having fully sold-out, the demand for the end of year home coming Concert is expected to be high.

Tickets go on sale for the 02 Apollo concert this Friday 12th May from 9am here – https://gigst.rs/haciendac