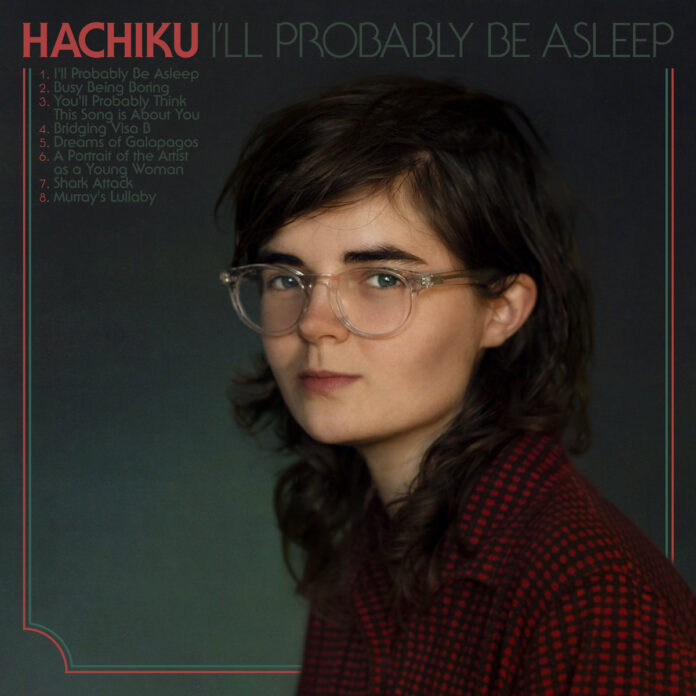 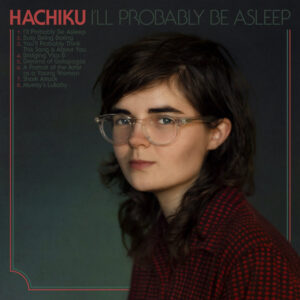 Ennui has never seemed so appealing and dreamy as on the debut album from Hachiku. Elliott Simpson reviews.

If there’s one genre of music that was destined to flourish throughout lockdown, it’s bedroom pop. I’ll Probably Be Asleep, the first full-length release from Hachiku (the alias of Melbourne-based artist Anika Ostendorf), provides compelling evidence for this. It’s an album that succeeds in conjuring up a singular world; its eight tracks a collection of dreamy and mysterious landscapes.

Opener and title track, I’ll Probably Be Asleep, acts as a blueprint for the rest of the album. It’s the type of song you can just recline into, stacking swelling guitars and delicate synths upon a bed of drum machines. Ostendorf’s vocals float over the song with a certain dream-like detachedness. It’s a style of singing that might come across as disinterested on any other album, but here it complements the mood well.

The best songs on the album inhabit a similar floating, ethereal mood, like Busy Being Boring. The song sways along without a sense of urgency, contrasting Beach House-like drum machines with rattling shoegaze guitars. Like much of the album, introversion is the key theme here, with Ostendorf singing of her “lonely pursuits”.

Other highlights include Bridging Visa B, probably the most danceable song ever to be written about Australia’s visa application process. The swooning guitars and clattering cowbells give the song a dizzy, off-kilter mood. Similarly great is Shark Attack, which pulls to the surface the creeping anxiety that undercuts much of the album. It’s one of the strangest love songs of the year and manages to come across as both creepy and charming.

As a whole, I’ll Probably Be Asleep has a certain homespun feel to it: intricately and delicately put together. Every track is heavily layered, with Hachiku building them up like a dreamy sonic soup. Along with the heavy use of reverb, it makes many of the songs difficult to unpick; working out the exact source of each sound is an impossible task.

Because of this, all the songs here piece together well, slipping into each other in an effortless fashion. In a couple of places, it does this to a fault with the middle stretch mushing together a little too much. Still, the album is short enough that it isn’t a major issue.

Overall, I’ll Probably Be Asleep is a captivatingly strange debut for Hachiku. It’s not an album that blares its trumpet loudly – almost skulking in the corner instead – but it’s never anything less than charming and engaging.

You can find Hachiku online here.

All words by Elliott Simpson. You can find more writing by Elliott for Louder Than War in his author’s archive and other work in his portfolio.