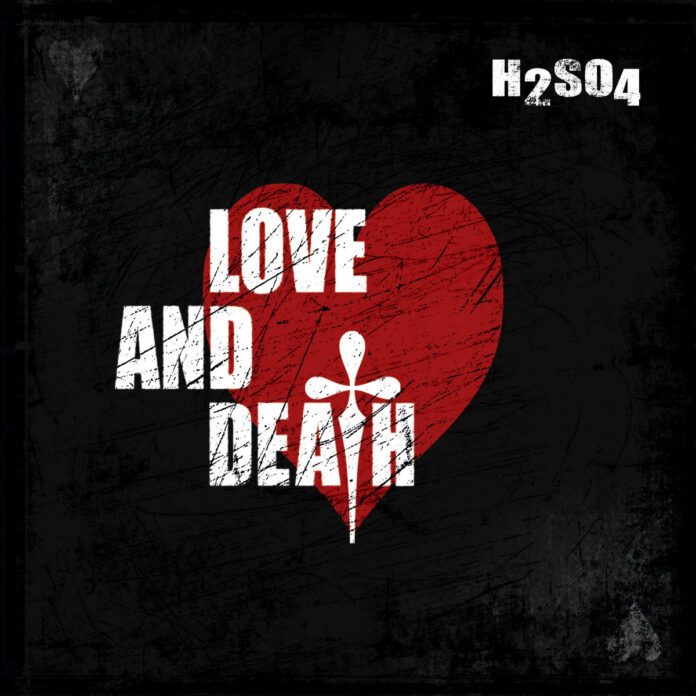 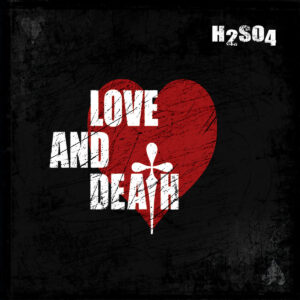 Rising from the ashes of their brief yet meteoric leap onto the dance floors of Europe and beyond in the late 90’s, H2SO4 are back to make their presence felt once again. Twenty years on, Ian Corbridge finds out that this electronic indie collective are once again pressing all the right buttons with their new album, Love and Death, and Louder Than War bring you the video premiere of No Poems.

Back in the late 90’s H2SO4 were formed primarily as a collaborative remix project involving members of CODE (Andy Phillips, Graham Cupples, Darren Till and David Mitchell) together with James Butler and Chris Heritage (both members of Sulphur). Those of you with a science background will recognise this as the chemical symbol for sulphuric acid, and as a key substance in the chemical industry is often known as a symbol of creativity. And therein lies the tale.

Whilst initially champions of the underground scene and perhaps one of the best kept secrets of the time, H2SO4 quickly gained international recognition for their work as well as filling dance floors across Europe with their blend of electronica, techno and rock. However, with two albums under their belt, co-writer and producer Andy Philips broke away to form a production partnership with Guy Martin, Bombay Monkey. It is only now, some two decades later, that they have finally found their way to collaborate once again on a musical project which has now become Love And Death.

Whilst the varied musical soundscapes produced by H2SO4 would always stand up for themselves, there was always an element of social conscience in their narrative. In terms of the background to Love And Death, Graham explains this as follows: “Thematically, the album explores the emotional landscapes of love and death. From the high and noble uplands of love to the desolate plains of betrayal and loss. The death of love can be as profound as bereavement”. Strong sentiments indeed.

I was immediately drawn into opening song Machine Love by the hypnotic beat and the sonic grooves which surround it, building as the song progresses before it gradually fades through the instrumental conclusion. It seems to explore the powers of attraction and it had a sound that weaved its way into my inner being in ways that I just never expected. Not untypical for H2SO4.

Perhaps at this early stage it is time to admit that electronica/ dance albums don’t always come naturally to me. But if the mood takes me I can be persuaded and there have been some well documented exceptions to this over the years. And it seems H2SO4 is proving once again to be one such case.

Gangsta (Could You Do) is a guaranteed floor filler which hits an altogether funkier groove as it also explores the world of physical attraction. This segues effortlessly into We Are In Motion which ventures into serious New Order territory with its metronomic beat, solid bass lines and atmospheric vocals.

As a vital centre point to this album Don’t Delete Me opens with piano chords which immediately convey a sense of dramatic intensity which remains throughout the track, as life flashes before the eyes of the subject. This is further overlaid by a sampled sinister message “all memory erased” which, as Graham explains, focuses on the concept that “to be abandoned in love can feel like being deleted”. The accompanying video which portrays mesmerising slow-motion images of nuclear explosions takes this message to an even more powerful and emotive level.

Missing You has a haunting and melancholy progressive pop sound conveying a real and vivid sense of loss and longing. It’s a real slow burner as it comes to terms with the heartache that is born out of love. With the sampled narrative it has the feel of Public Service Broadcasting covering Pink Floyd and has such a strong heart-wrenching quality.

Meanwhile, Hello Spacegirl takes us back to the more dance orientated sound with more than a nod to the influence of Bowie and his vicarious inter-stellar meanderings. Weirds Me Out ventures across much wider musical landscapes which are infused with epic sounding chorus lines.

No Poems is a beautiful death soliloquy which has such a haunting quality as it conveys a real sense of someone who has lost all sense of direction in life. The accompanying video is premiered by Louder Than War and complements the narrative perfectly.

Graham Cupples explains it as follows: “Originally salvaged from the bottom of a river and restored, this is the very human-like lament of the last of last-generation robots as she nears the end of her life and capabilities. She longs to travel and to write poetry but instead is found wandering around on the ring road on the edge of town. Indeed she now wishes she has never been found”.

Andy Phillips added: “No Poems is H2SO4’s musical version of Blade Runner’s Tears In The Rain speech, but Roy Batty had seen so much, this replicant is full of regret for what she is never going to experience.

Album closer We Are Millions again draws strong parallels with the likes of New Order and Underworld with expansive electronic orchestrations, anthemic choruses and a hypnotic bassline fit to fill any dance floor.

The whole sound and vibe of this album takes me back to the evolution of Joy Division into New Order back in the early 80’s when I was fully absorbing all that the post punk period was throwing at me. Whilst always more comfortable in a mosh pit than on a dance floor, I found myself seeing New Order play one of their very early gigs in a small Sheffield night club and three years later that experience morphed into the mighty Caesars night club in Bradford accompanied by sounds that were filling dance floors right across Europe and beyond.

In Love And Death, H2SO4 have proved themselves once again to be a strong creative force and as a collaborative venture with Bombay Monkey there is little doubt that they achieved everything they set out to do, with stunning results. It might have taken 20 years to reach this point but the wait has been most definitely worth it. And released in the very week that clubs in the UK are given the green light to re-open, you should not be surprised if you start hearing some of these glorious sounds reverberating around the dance floors very soon.

You can buy Love And Death here.