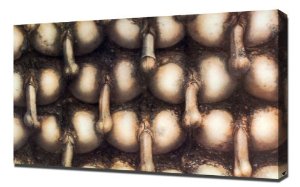 The renowned Swiss artist H.R. Giger has died at the age of 73, following injuries sustained in a fall, Swiss public television, SRF, has reported. Giger was most famous for the alien monster he created for the movie of the same name.

In the art world, Giger, who focused during his career on the fantastic realism and surrealistic genres, is best known for his contribution to the film Alien. The monster he created for Ridley Scott’s film earned him an Oscar for special effects in 1980.

His film work was just one facet of his talent, though. Giger is also known for his sculptures, paintings and furniture.