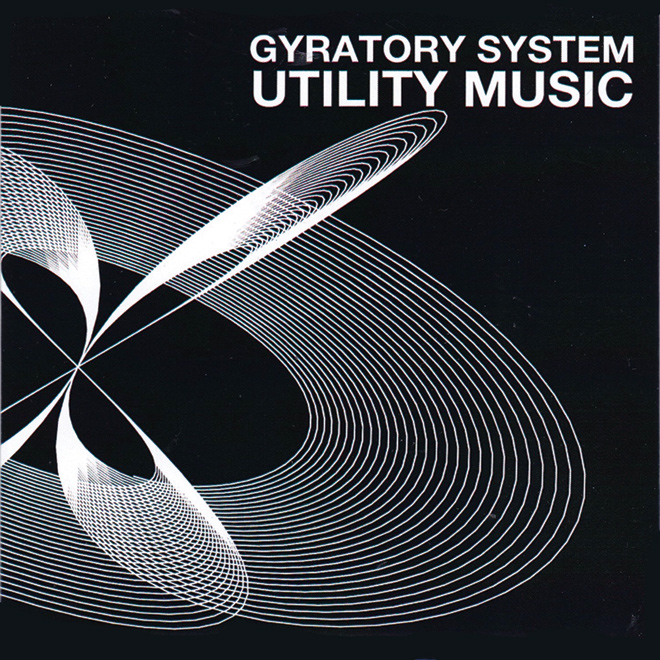 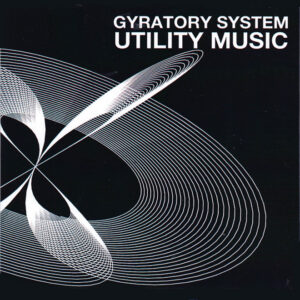 On the face of it, Gyratory System are a strange sounding (sic) proposition. A three piece led by producer and trumpeteer Andrew Blick seem to cover several genres from krautrock to trip-hop to semi-classical with the trumpet being enhanced to give the sound of Miles Davies on amphetamines. Previously described as “the UK’s only acid-fried, horn-led electronic marching band” and comparisons to Manchester legends A Certain Ratio, gives you some idea of what to expect.

Imagine the BBC Radiophonic Workshop meets early OMD meets Sesame Street and you won’t be far wrong with this lovely little thing. Utility Music is an absolute delight. Its warped electronic sound is jam packed with layer upon layer of bounce and the melodies are beautifully crafted.

The PR blurb quotes influences from Talk Talk and Afrobeat, and whilst they’re pretty hard to justify there are definite nods in the direction of Harmonia and possibly even Herbie Hancock.

Recent single Harmonograph blends Kraftwerk with Lemon Jelly and features vocals of a sort provided by Katharine Blake. It’s wonderfully constructed and flows along beautifully with an accompanying video which turns from bright and cuddly to dark and macabre in less than four minutes.

This is an album which isn’t just another synth instrumental affair. It’s intelligent pop for intelligent minds and it’s very very clever. Live woodwind combines with unique electronic sounds on The Spectrum with dazzling effect, making a spiralling hypnotic cacophony of sound.

AAA starts with a Middle Eastern sounding voice before travelling further on to the Oriental. The well placed Lackland is laid back and sleepy and gives a well-timed break after an energetic start to the album and Thorney Island is nothing short of majestic with its squeaks, crunches and post jazz interludes.

Ending with the marathon ten minute This Could Be Your Party, Utility Music is a delightful album which will grow and grow on you.