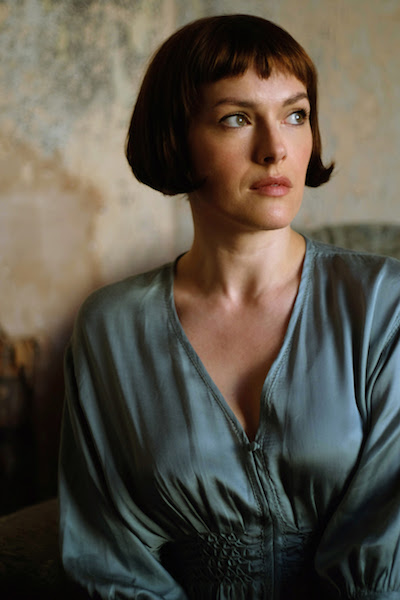 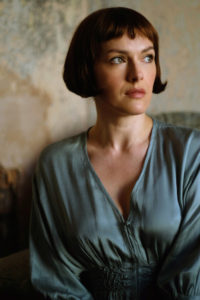 Gwenno Saunders is in town promoting her recent album, Le Kov at one of Manchester’s newest venues, Yes.  Her profile has risen in recent years with the launch of two solo albums under her own name, having previously worked with ensembles such as the Pipettes.  Tonight, she is surrounded by a four piece band who assemble in front of the curtain backed stage in a semi-converted function room, up above the Medlock murk.

A subtle psychedelia emanates from the stage, a spiralling spell, deceptively slight yet drunk enough to lure you to the water’s edge.  The surface is glossy, a reflective sheen stretching wide and bright.  Here we stand, packed shoulder to shoulder, dry ice drifts like the spray from the shallows into which we step, toe deep.  Sunlight sparkles in these melodies, the songs don’t build conventionally, they take flight, alight and rise again, darting round the sonic canopy.  This is a bucolic scene, an idyll here in the crotch of the industrial revolution.  The ephemeral impression of these early tracks is all but an illusion: we are already transported somewhere else.

Suddenly we are in over our heads.  Gwenno shakes and flickers into life, her dark bob chopping around her jawline, tambourine thrashing, her palms open/closed/open, eyes wide, the pale underside of her arms striking out against the folds of the curtains behind her.  Is this Lynch’s Roadhouse, is this the same room I entered at the top of the stairs? The drums pound, the water deepens, darker, darker, on it goes, her eyes wide, her cheeks flushed red: FOCUS.

The Medlock is perhaps Manchester’s most mysterious river, disappearing from view for long stretches beneath the streets.  Gwenno loads the boat and takes us in.  We are swallowed whole by the gloom, the city somewhere out there beyond reach.  Urged onward into the darkness, in Cornish, in Welsh, in English drowned out by the chattering throng between songs, we are plunged into the realms of the immediate and the visceral.  They lie just beneath the surface.  The shiny shiny surface.

I come to in a cab, my mouth dry but my head clear.  “There’s only one thing for it,” I hear her words again in my mind.  “Revolution”.  Count me in.