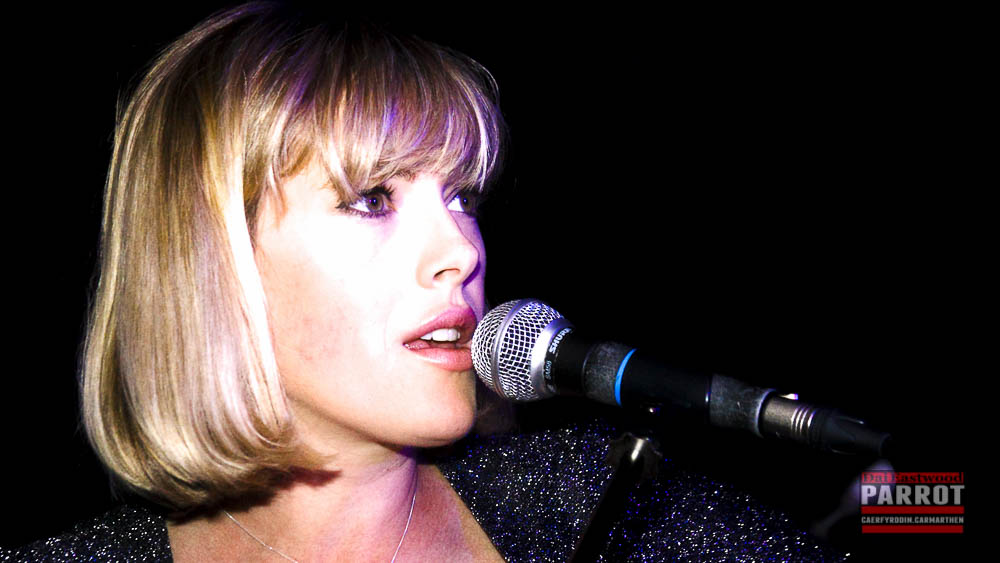 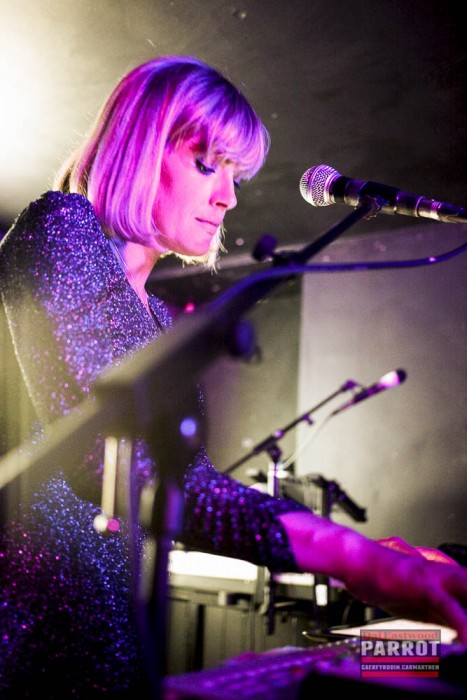 Soon to be starting a UK tour with H. Hawkline, and following the re-release of her critically acclaimed album, Y Dydd Olaf, Gwenno Saunders visited Carmarthen’s Parrot Music Bar. Our man Simon Tucker was there.

A Thursday night in Carmarthen is not where you expect to experience magic but tonight would be different for Gwenno was in town in support of her excellent album Y Dydd Olaf and what a show it was.

Supported by the wonderful Jaffro and Superhand (remember these names as you’re sure to be hearing a lot more about them in the future) Gwenno took to the stage and instantly captivated the audience. With a minimalist set-up including a projector displaying lysergic visuals, Gwenno commanded everyone’s attention from the off with a set that was dreamy, hard-hitting, and joyously rhythmic. With a set that leaned heavily from the aforementioned Y Dydd Olaf, Gwenno displayed a new form of protest music, one that was propulsive and esoteric yet accessible walking a fine line between the avant-garde and the dreamier side of pop music. Between nearly every song, Gwenno would address the audience explaining the subject matter bilingually helping us to get a full picture of the inspiration and ideals behind the track.

The audience seemed to realize that something special was occurring in this special venue as there was hardly a voice to be heard during each song, alchemy bubbling away, transfixing and enticing, educating and adding fire to the belly because do not be fooled into believing that this music is for the background. This is music that acts as library, firing the mind and channeling rage into the confines of pop music. Considering the fact that the album is based on Owain Owain’s ’76 sci-fi novel of the same name which focused on the horrors of globalization via the medium of fiction, this was never going to be show that just wanted to “entertain” where the performer turns up, flashes a smile, sings the hits and grabs the pounds. No, this was a gig where the room was awash with polemic and channeled anger all aided by some of the most beautiful melodies you will ever hear and performed by an artist who has 100% conviction in her work and the message it carries.

A wonderful gig where the audience and the performers were all on the same page from beginning to end and one that will resonate with those who were there for years to come.

All words by Simon Tucker. More from Simon can be found over at his Author’s Archive.