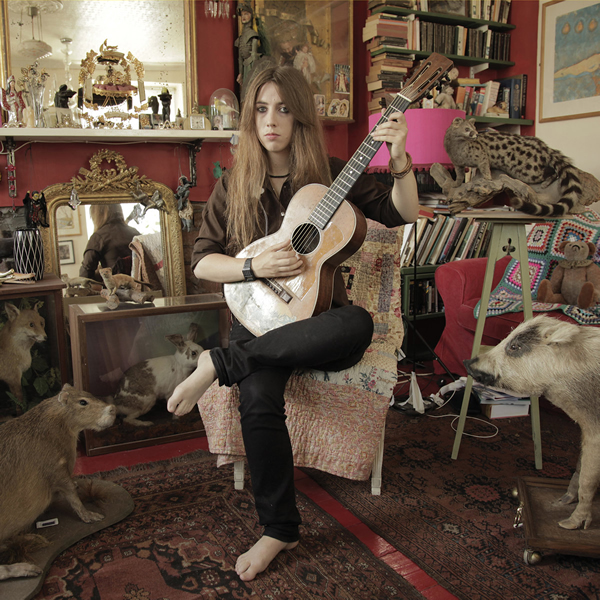 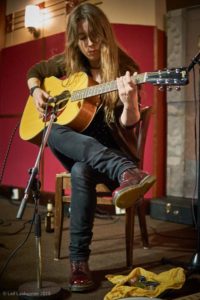 Welsh fingerpicker Gwenifer Raymond showcases her talents for a packed pub crowd stunned into silence by her supreme skills. Tim Cooper tries in vain to stop his jaw dropping in wonder.

Sometimes talent is all you need. Gwenifer Raymond plays the acoustic guitar and the banjo. She does not sing. She does not wear shoes (or socks) when she plays. She writes her own songs. She doesn’t talk much. She hides her face behind a curtain of hair. But when she plays… well, it’s just spellbinding.

She’s 34 now and she’s been playing guitar for more than 25 years, which goes to show that practice really does make perfect. Because she’s as close to perfection as it’s possible to get. This is music in its purest form: a wooden acoustic guitar and six strings and a pick for her thumb. No leads, no pedals, no special effects. Her playing is a special effect in itself.

I take some friends along to see her because I have heard her album – You Were Never Much Of A Dancer – and seen clips of her on YouTube and I want to spread the word: I haven’t been this excited about a concert this much since… well, probably since the night before when Max Richter gave the world premiere of his latest work Voices at the Barbican. But apart from that, it’s been a long time.

I tell them what I know: that she is Welsh, that she designs computer games by day, that she has a Master’s degree in Astrophysics, making her a real live rocket scientist. It’s not the CV of every musician to tread the boards at the Shacklewell Arms. And here she is.

She sits barefoot on a stool on the cave-like stage, dressed down in black jeans and a black shirt, holding a long-necked banjo, her long hair falling down in front of her face so that you can’t see her at all. It’s only at the end of the second song, after swapping her banjo for a guitar, that she looks up and introduces herself. She’s not one for long stories or anecdotes, preferring to let the music do the talking. “This is a new song,” she says. “I haven’t played it before so I’ll probably fuck it up.” But she doesn’t, just as you knew she wouldn’t. 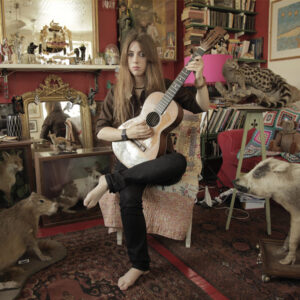 My friends ask me before the show what style of music she plays and I don’t know how to answer, even though I have played her record many times. There is blues, I say; there is folk; there’s a hint of Appalachian bluegrass. But the circular guitar melodies remind me of Congolese Soukous music and the repetitive rhythms of Tuareg bands from the Maghreb; then there’s the trancelike aspect of Indian ragas and Qawwali music from Pakistan.

It also tells us she comes from Cardiff and now lives in Brighton. That she picked up a guitar at the age of eight and first fell in love with punk and grunge. That she started performing in punk bands around the Welsh valleys before delving back into the distant past – a world of pre-war blues musicians and Appalachian folk, leading on to the guitarists of the so-called American Primitive genre.

That was the term coined for the eclectic style of John Fahey in the pre-rock’n’roll era of the late 1950s and early 1960s. Fahey was famed for playing fingerpicked folk guitar in the style of the country blues guitarists of the 1920s and 1930s – an improvisational method incorporating influences from as far afield as Portugal, Brazil and Indian and even Native American rhythms.

Watching Raymond, who closes her eyes and looks as if she’s entering a trance as she begins to play, a part of me thinks she should be performing at Wigmore Hall to a hushed audience of attentive observers sitting in respectful silence. The other part feels privileged to be standing with a beer in a hipster pub venue in Dalston where you’re never more than 15 feet away from the performer (even though it’s uncomfortably packed and you’re probably wishing you had one of the seats at the front).

You can’t see her face because she tends to play with her long hair hanging in front of it, all the way down to the fingers on the strings, like Neil Young when his hair got caught in the strings when he was playing Heart of Gold on Top of the Pops long before Gwenifer was born.

Her music, took, has a trancelike quality, the bass notes throbbing gently while the fingers of her right hand trace circular patterns and her left hand conjures filigree embellishments of impossible delicacy and velocity on the fretboard. It’s hard to believe she does it all with just two hands and ten fingers because it often sounds like two or even three guitarists playing at once.

She book-ends the set with banjo songs, Command Me Oh Lord! and Idumea (which you can watch here), and you can get an idea of the prevailing mood from their titles – The Three Deaths Of Red Spectre, Sometimes There’s Blood, Off To See The Hangman – but the titles are mere suggestions that the music carries into the ether.

She finishes with the aptly named Bleeding Finger Blues, a composition of such high-speed intensity and virtuosity that, at the end, you’re tempted to look closely at both those hands, and all those fingers, to see if it’s literally true. But she’s made it – and she’ll be playing these three concerts for those lucky enough to get tickets: