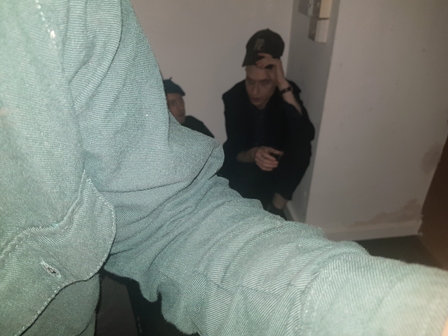 To coincide with the release of GUO4 (out today via Mute) GUO (Daniel Blumberg & Seymour Wright) have announced a new audiovisual performance – entitled GYUTO – created in collaboration with American filmmaker Brady Corbet (Vox Lux, Childhood of a Leader) which will take place at the Close Up Film Centre in London on Friday 4th October.

The event comes ahead of the UK premiere of Peter Strickland’s accompanying GUO4 film (which recently debuted at Venice Film Festival) at London Film Festival on Thursday 10th October. Watch the NSFW trailer below:

GUO eschew musical influences in favour of the written word, images and the techniques of cooking, with the resulting work layering and synthesising circuits of alto saxophone, electric guitar, feedback and metal distortion. On GUO4, their first release for Mute, the pair have collaborated with Crystabel Riley (drums), Fran Edgerly [Assemble] (text) and Peter Strickland (video).

GUO4 is available to listen/buy here