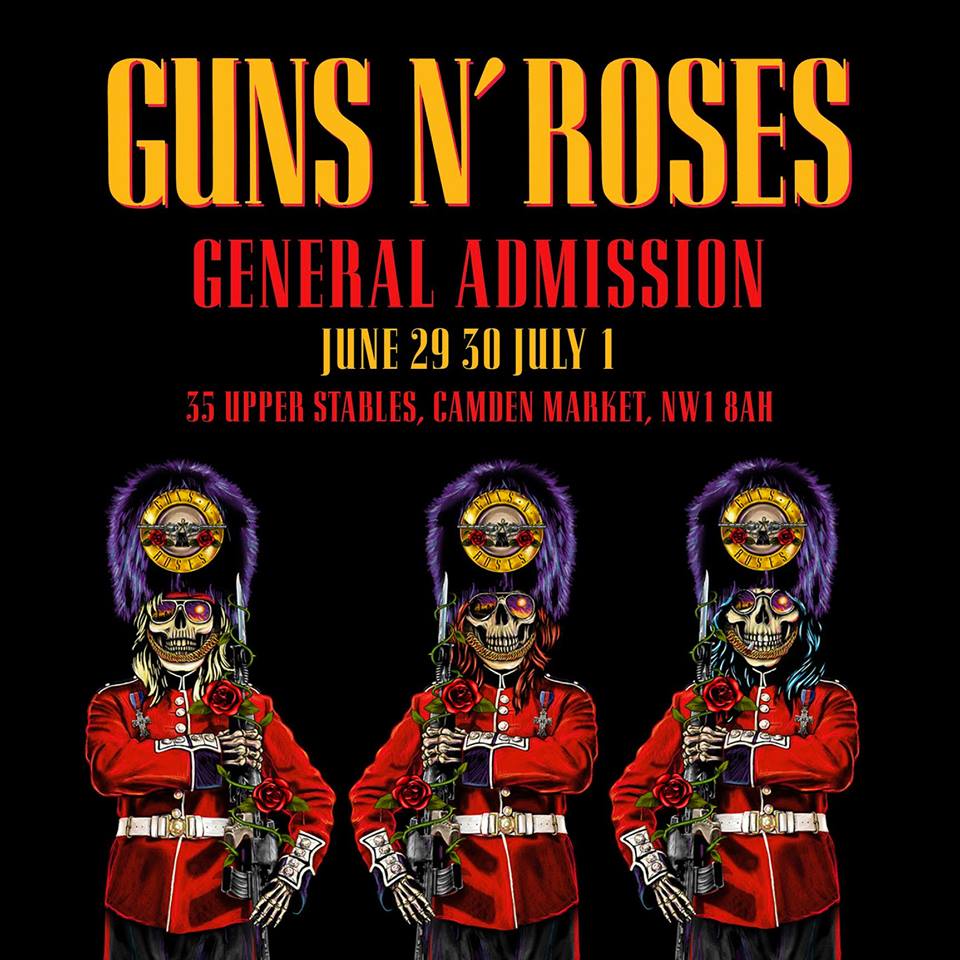 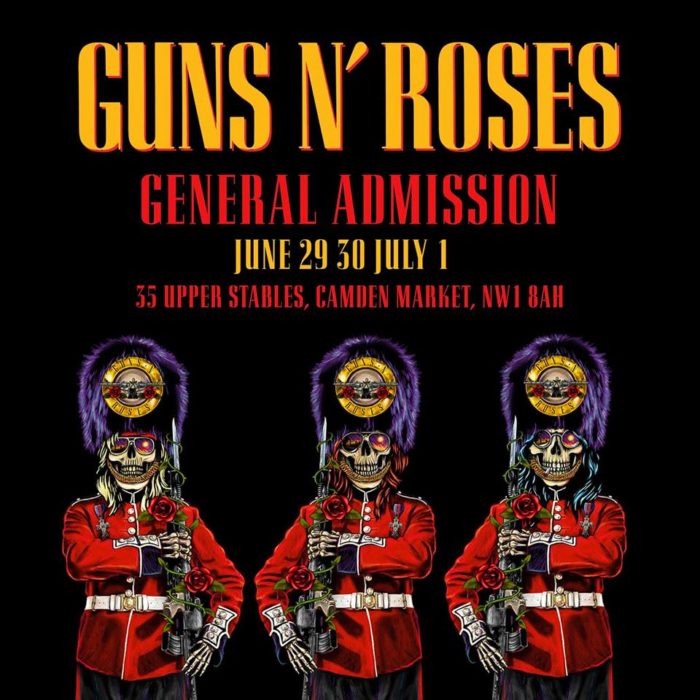 EXCLUSIVE POP UP EVENT TO CELEBRATE THE RE-RELEASE OF ‘APPETITE FOR DESTRUCTION’: THE CLASSIC DEBUT ALBUM, REMASTERED AND EXPANDED

Camden Stables, Friday 29th June to Sunday 1st July – Open daily from 11.00am on Friday and Saturday and Midday on Sunday

To celebrate the much-anticipated re-release of their classic debut album ‘Appetite For Destruction’, one of the most influential albums of all time, Guns N’Roses in association with UMC and Bravado are pleased to unveil ‘General Admission: London’.

Running from Friday 29th June to Sunday 1st July, ‘General Admission’ will be popping up in Camden Stables, North London, a one off opportunity giving fans a chance to celebrate all things G N’R over one glorious weekend. 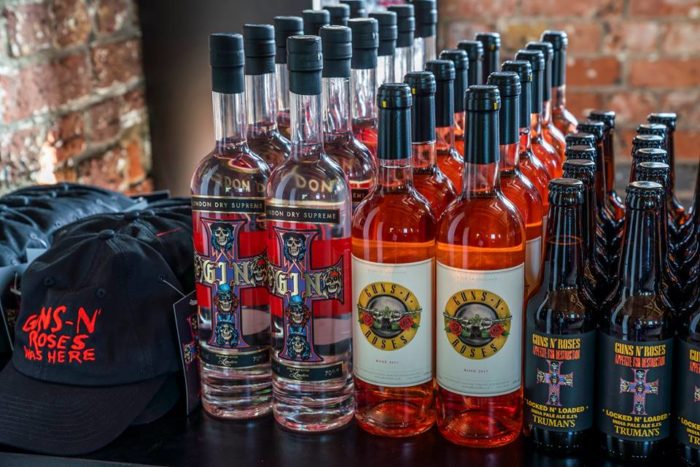 Taking place across four rooms in a never before used corner of Camden Stables, the three day pop up will give fans the chance to witness G N’R’s seminal 1988 Ritz gig on a big screen and indulge in special edition Guns N’Roses beer, wine and gin. Fans will also be able to see an exhibition of rare and previously unseen pictures, hear ‘Appetite For Destruction: Locked N’ Loaded Edition’ in its full glory and even get a free Gun N’ Roses tattoo by top tattoo artist, Kindred Tattoos.

Louder Than War  sent Adam Hall (former 5 Go Mad guitarist and huge GNR fan) along to the preview. Here is what he thought.

Guns N’Roses are back! Following on from their highly anticipated reunion, they revisit the classic Appetite era.  Perfectly placed in the iconic Camden Market, General Admission is a great way to celebrate the classic line-up. With the 1988 Ritz gig on the big screen as soon as you walk in, and really cool merch ranging from door mats and shot glasses to exclusive t-shirts and GNR booze (which was very good!!).

The centrepiece of the shop is Locked N Loaded, the holy grail of vinyl boxsets! A great chance to see it up close and personal in all its glory for those of us that can’t quite afford the £850 price tag! You can also pick up a more affordable re-release option including the remastered CD, 2CD deluxe edition, 2 LP vinyl edition and the super deluxe CD boxset. General Admission is an absolute must for all Guns N Roses fans.

Admission to the event is free on a first come, first admitted basis from 11am on Friday 29th and Saturday 30th June and midday on Sunday 1st July 2018