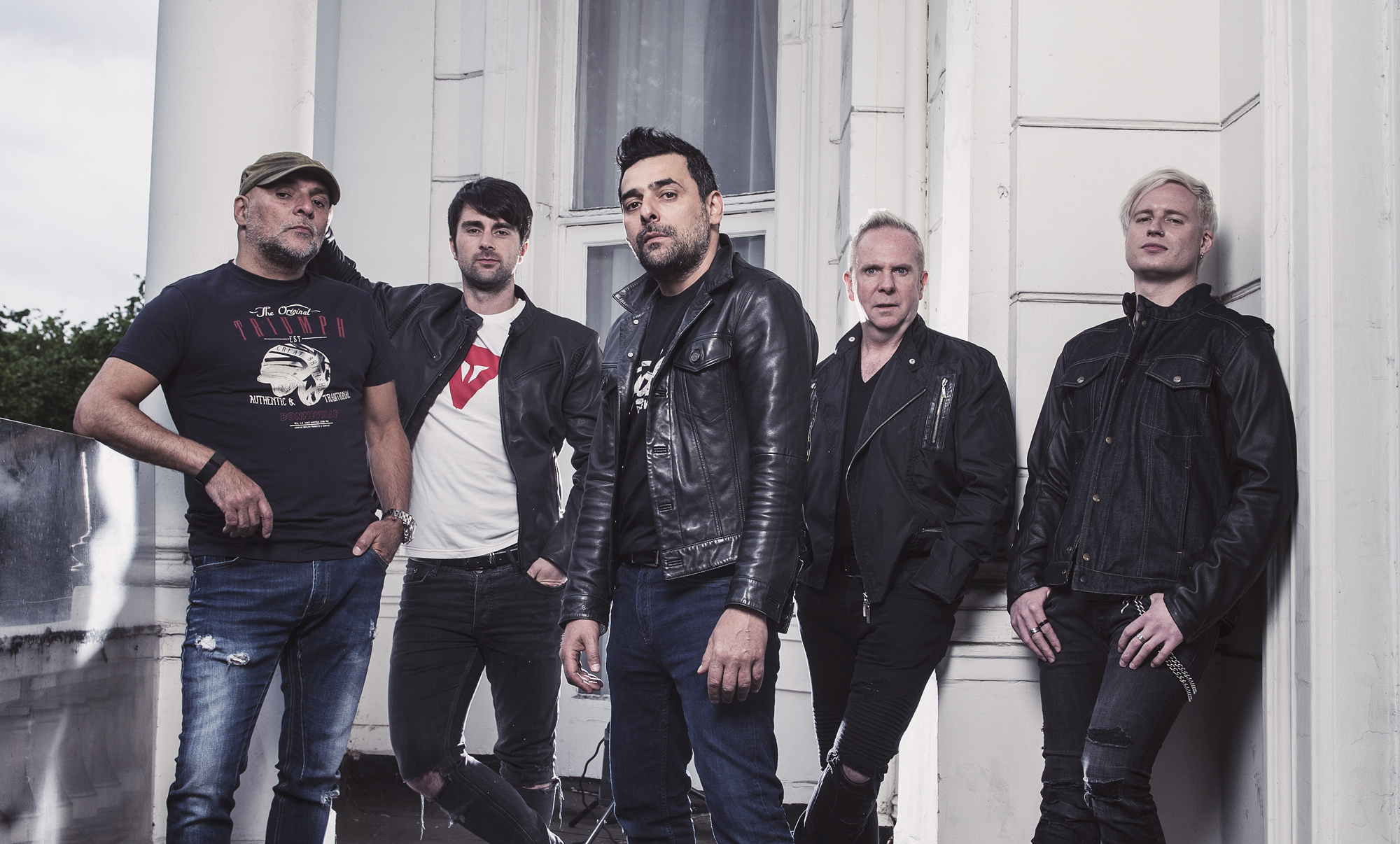 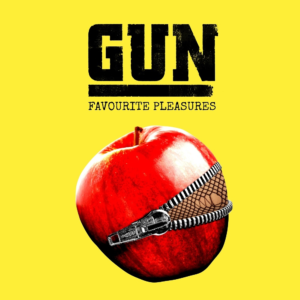 Gun have been around since the late 80’s. Their first album, Taking on the World, was packed full of riff laden tunes. Singles “Better Days” & “Shame on You” both hit the top 40.

Gun scored a number of further hits, most notable, their cover of Cameo’s “Word Up” and toured as support to the Rolling Stones on their Urban Jungle tour in the early 90’s.

Original singer, Mark Rankine, left the band and what followed was several line-up changes and hiatuses over the years. Little Angels Toby Jepson joined initially temporarily on vocals and ended up staying.

It is the ever-present Gizzi brothers who have kept the band going and their now settled line up has resulted recently in a major return to form with last album Frantic and new release Favourite Pleasures.

The band now consists of Dante Gizzi who moved from bass to vocals. (After taking on lead vocal duties on the excellent El Presidente album). Giuliano (Jools) Gizzi on electric guitar and alongside him, Tommy Gentry. Andy Carr on bass guitar and Paul McManus on drums.

Favourite Pleasures is well named as it is packed full of luscious engaging tunes from the off. I was only four tracks in when I felt that this was a special album, last album Frantic was a return to top form for Gun but this felt like the band were taking things to another level.

From the off, I’m hooked with the lush opening riffs and Dante’s distinct vocal on “She Knows”. “Here’s Where I Am” bursts into life with is bombastic glam intro that thunders on throughout. There is also a sense of the grandiosity of Muse about it, but for me, I much prefer Dante’s voice.

Its then the turn of title track “Favourite Pleasures” with its funk infused guitars that make you want to leap out of your seat and dance, before we get the familiar gratifying Gun sound on all-out rock number “Take Me Down”. What a start. Bang, bang, bang, bang – four colossal tunes one after the other. And it doesn’t stop there, the album continues in the same vein.

Single “Silent Lovers” has an almost Madness like intro with pounding guitar and drums throughout. “Black Heart” is another titanic tune full of pulverising hooks and riffs. “Without You in My Life” has another stomping guitar line before we get “Tragic Heroes” another of the album highlights. The song has  thoughtful lyrics about artists with both talent and tunes being shafted by record companies and money men.

Penultimate track “Go to Hell” is another bruising rocker with its straightforward message, before the tempo is brought right down for the poignant piano and vocal of final track “The Boy Who Fooled the World” (a follow up to the title track of their debut perhaps?). The song has sentiments that I’m sure many can relate to in lines like:

“…..listening out for the next big thing, got my fingers on the play and record…”

“There is something about a song that gets in your head, you could hear it just once and its hard to forget”.

This last line resonates as, even after first listen, several of the songs are hard to forget.

The album ends there unless you have the expanded CD which offers up another famous Gun cover version.  From their successful take on the aforementioned Cameo’s “Word Up” to their version of The Smiths “Panic” and more recently charity single Hot Chocolate’s “Everyone’s a Winner”. This time we get, quite literally, a party piece in the shape of Beastie Boys “Fight for Your Right (to Party)”. Having seen this live when they played with Backstreet Babies and Black Star Riders earlier in the year it was obvious how much fun was had by the band, it was just as much fun listening.

The additional three tracks (“20 Storeys”, “Come Undone” and “All I Really Need”) are worth shelling out on the expanded edition as all 3 of these tracks could easily sit alongside the 10 tracks on the main album.

This album deserves to be played LOUD and if there is any justice should be a massive hit for the band.

All words by Neil Hodge, whose author profile is here.