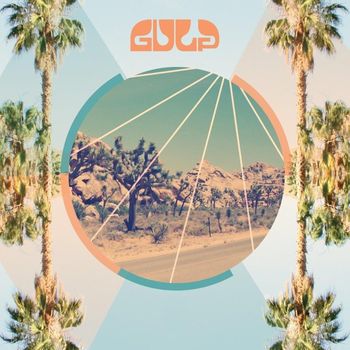 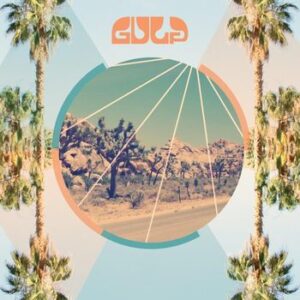 It takes some planning to ensure your debut release coincides with the glorious midsummer heat that we spend so long dreaming about and which this album seems to perfectly encapsulate, but Gulp have managed it. ‘Season Sun’ is one of the most hotly-anticipated albums of the year and it triumphantly fulfils, if not exceeds, expectations.

Gulp consists of Super Furry bassist Guto Pryce and Scottish vocalist Lindsey Leven, augmented by guitarist Gid Goundrey and ex-Race Horses drummer Gwion Llewelyn. Part of the reason for the high levels of anticipation is that it is now two years since debut single, ‘Game Love’ was released to rave reviews. Since then, live performances have been rare and treasured events that offered tantalising glimpses of their potential that was reinforced by the release of second single ‘Play’ in summer 2013.

However, now that ‘Season Sun’ is finally released, we can see the delicious fulfilment of that potential. The haunting vocals and synth driven swirls of ‘Game Love’ and ‘Let’s Grow’ set the pace for what is a dreamy fusion of psych-folk and electro-driven soundscapes. Maybe the secret to the album’s hypnotic sound is contained within the outstanding ‘Clean and Serene’. Here, Lindsey Leven’s vocals twist and turn from a pulsating platform to engage us in midsummer night’s dream-like trance, which is interrupted only by the relentless, hard-held drive of ‘Vast Space’.

If there is a summer feel to the album, then the track ‘Seasoned Sun’ sitting as it does midway through, could be the early afternoon shower that refreshes a well-stocked garden. A seductive sunshine melody is suddenly doused by a synth-deluge that hints at darker forces at work behind the balmy exterior of the earlier tracks. This lends a sinister undertone to the ensuing ‘Play’ and ensures that the whole of ‘Season Sun’ is tinged with hints of a more shadowy hue.

Final track, ‘I Want to Dance’ is a shimmering and intriguing conclusion that epitomises the album perfectly. It seduces you into believing you are heading one way, before darting off on a less travelled, but more alluring path that makes perfect sense when you reach your destination. ‘Season Sun’ is an agreeable blend of compelling melodies and subtle twists that ensure that Gulp have produced a debut that shows originality and huge potential.

Season Sun is released on July 14th on Sonic Cathedral and on July 8th on Everloving in North America and is available as download, CD and vinyl.

All words by dave Jennings. More writing by Dave on Louder Than War can be found at his author’s archive. He is also on Twitter as @blackfoxwrexham