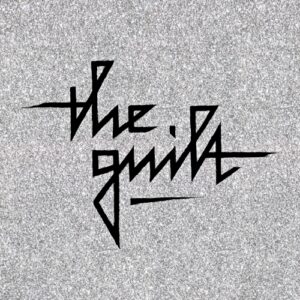 The Guilt: The Guilt

Having been the new band of the day back in March (read the LTW piece here) we now take a gander at the first album from The Guilt.

The debut album by The Guilt has been five years in the making. Formed in 2012 in Sweden, The Guilt honed their self-titled ‘LazerPunk’ style by playing gigs all over Europe. Be it a bar, squat, gallery, no ‘venue’ was off limit.

Their debut, self-titled album kicks off with Cunty Mess, which comes across like Babes in Toyland by the way of Peaches, which is no bad thing at all but is somewhat of a misleading opener, for the album really kicks into gear by the third tracks Hate Hate Hate, a vitriolic blast of anger that jumps straight out of the bass-bin and right down the back of your throat.

It’s this sound that dominates the majority of  the album. Razor sharp guitars rub up against the screaming howl of front person Emma, all to a backdrop of thunderously bass-heavy electronic drums.

Whilst this punky assault rains down, The Guilt thankfully haven’t forgotten the art of penning a catchy tune. I Just Know It sounds like a dexadrine-fuelled soundtrack to an 80’s aerobicise party, whilst album closer Ovaries takes everything that this fantastically confident debut album has thrown at you with over the previous 30 minutes and melded it together into to create best ‘hi-energy riot sounds disco party anthem’ that you really deserve to dance yourself stupid to.

You can check out The Guilt at their Facebook  page.

All words by Christopher Lloyd. You can see his Author’s Archive here.