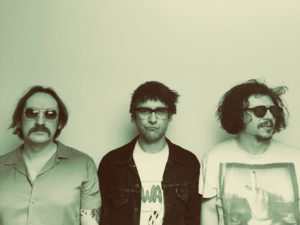 Cardiff’s Guide Dog have announced details of their forthcoming new single ‘Generation Y’ out on the 15th March via Hi-Vis Records. The single is the second to be taken from the second album of the same name due out later this year.

‘Generation Y’, the second single from Guide Dog’s second album of the same name, comes at a time when children are bunking off school to protest outside Parliament about Westminster’s flimsy and inadequate response to climate change – prompting a swift and aggressive backlash by the politicians who dismissed the adolescents and ridiculed their irresponsibility; and the American president staging an imaginary state of emergency in a vein attempt to bludgeon Capitol Hill into funding a giant border wall whilst triumphantly filling his house with branded cheeseburgers to feed his unpaid staff and denying climate change is even happening… so it’s probably an appropriate juncture for a protest song!