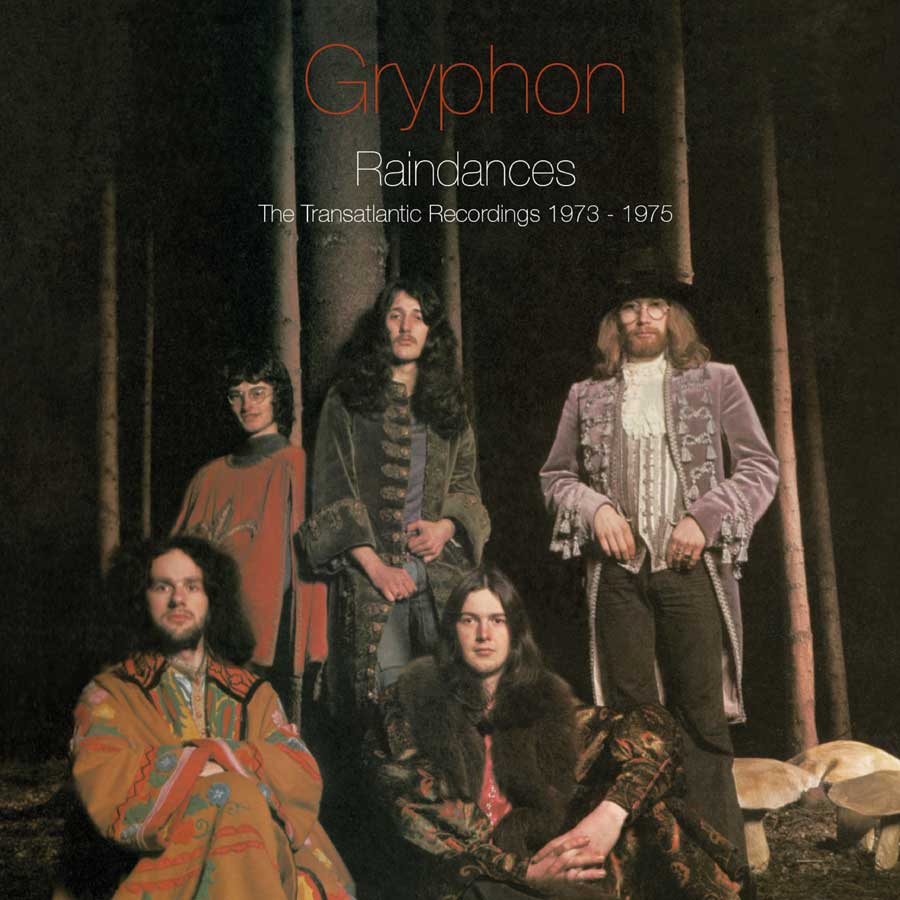 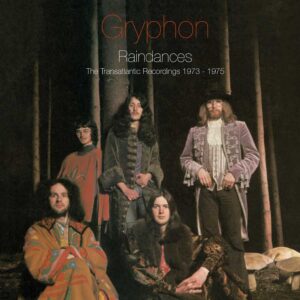 Out August the 24th.

A slice of medieval prog-rock reviewed by Louder Than War’s Craig Chaligne.

It certainly is a timely reissue as this neat double CD containing all of Gryphon’s album recorded for Nat Joseph’s Transatlantic label will re released the same week as the new Gryphon LP. The band remains one of the most intriguing propositions of the prog rock genre (as Malcolm Dome puts it in the liner notes “no band has ever sounded like Gryphon”). Their work was mostly instrumental with a heavy influence of Elizabethan and medieval music that singled them out from their contemporaries. Reflecting this, the track listing of their first self titled LP mainly consists of traditionals re-arranged by the band. Straight away the combination of Bass Crumhorn and Flute on “Kemp’s Jig” illustrate the band’s distinctive sound. The record as a whole is a continuation of the band’s prior musical activities but a more contemporary folk influence creeps in on some tracks (“The Astrologer”).

The second album “Midnight Mushrumps” had its origins in the music Gryphon composed for a production of Shakespeare’s “The Tempest” that ran at London’s Old Vic in the middle of 1974. The title track, a nineteen minute suite full of musical twists and turns remains one of the bands best moments and the addition of bassist Philip Nestor to the line-up pulls them towards a rockier sound. Apparently most of the material for side two of the LP was composed in the studio but they pulled the challenge off with gusto as all of the tracks are excellent. The band kept a furious pace as they returned to the studio in late 74 to record what would became their best known LP in the prog-rock circles ” Red Queen to Gryphon Three”. Achieving a quasi perfect marriage between their medieval and rock sides, Gryphon creates great instrumental pieces such as the flamboyants “Opening Move” and “Checkmate”. Such a highlight would prove difficult to sustain and even though the band had a great time recording the follow-up “Raindance” at Sawmill Studios in Cornwall, a combination of intra band tension (leading to the departure of Bennett and Taylor after the album’s completion) and a falling out with Transatlantic saw them depart to EMI/Harvest for one last album (“Treason”) in 1977 before being swallowed up by the Punk brigade. The band reunited in the 2007 and continues to tour and record sporadically and a launch show for their new album will be taking place at London’s Union Chapel on the 14th of September.

For further info on Gryphon you can check their official website: www.thegryphonpages.com. They are also on Facebook.