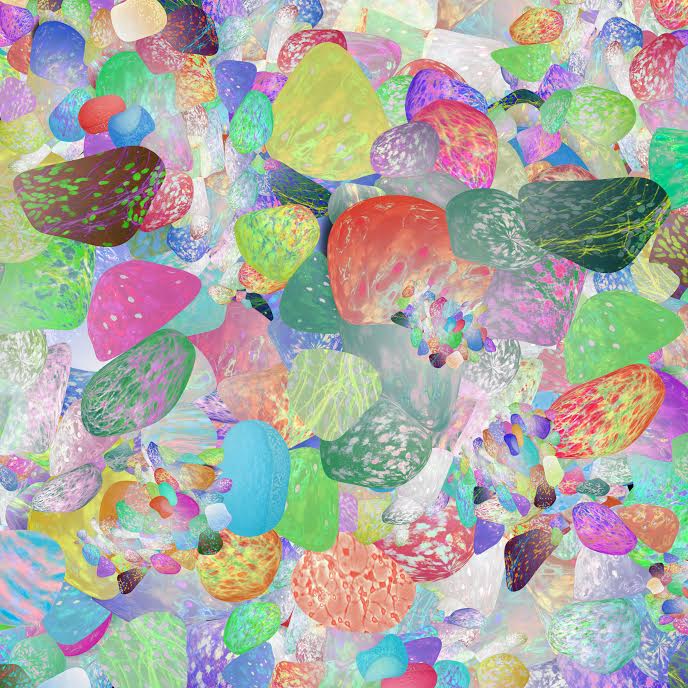 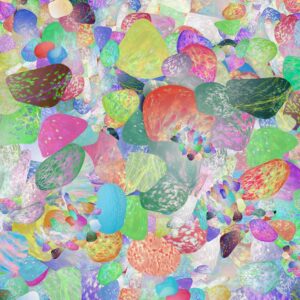 Over and done in about 32 minutes, this is still the third ‘full length’ release from Grumbling Fur, the London-based psychedelic pop duo of Alexander Tucker and Daniel O’Sullivan. Despite the brevity, it’s an album which carries a lot of weight. From its other-worldly title to the dense yet accessible arrangements, Grumbling Fur are clearly preoccupied with subject matter way beyond the realms of what we come to expect from pop.

Despite the buzzing haze that envelops these six songs and three interludes, the overwhelming sense is of an emerging optimism that bleeds through the melodies. Pleasingly shuffle-resistant, the arc of sounds and hushed vocals, with tangential percussion and choral voices, adds up to a delicate and finely-crafted suite of meditations on the natural world.

The arrangements bring together an unlikely array of pastoral strings and occasionally discordant semi-industrial percussion. The Krautrock influences of their earlier work only really emerges on the gloomy closer, Pluriforms, and the Throbbing Gristle-referencing Neil Megson’s Fanclub is a tongue in cheek nod to an inspiration kept largely under wraps here.

All The Rays is a sunburst of blue colour with ascending Beta Band harmonies that coalesce around a melody that interweaves and then disappears into a glitchy, irregular climax. Hints of a dark under belly are never far away, the ominous strings of Secrets Of The Earth pull against the major chord optimism of the etheral vocals and the song fades into nothingness like a discharging battery. Nothing stays the same on any of these tracks, a hook may be repeated now and again but the unbeatable principle of less is more wins out ever time.

Lightinsisters (almost) recalls (very) early New Order and is buttressed by Tim Burgess’s vocals. In keeping with the album, the track’s strength lies in its understatement – who needs a chorus when the rhythm is this addictive?

The centrepiece (and highlight) is Feet Of Clay. Recalling Apple Venus-era XTC, it’s a languid, ruminative piece of very English bucolic psychedelia. The augmented strings pick out a repetitive melody that is beautifully undermined by the layered vocals, stimulating an overwhelming sense of mid-summer euphoria.

There’s an awful lot going on here. Preternaturals’ brevity is deceptive and there’s much to explore with keener ears as sounds emerge, vocals collide and oblique melodies form. It’s heartening to hear such an English-sounding record. Grumbling Fur have released a wide-eyed, enigmatic album, carefully crafted with the promise of even better things to come.