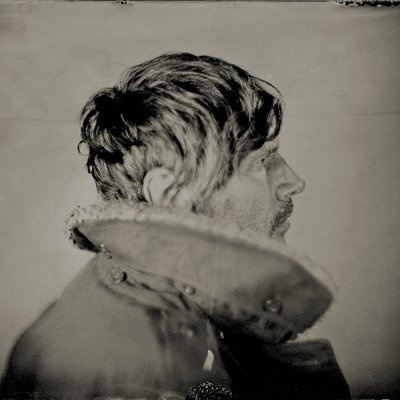 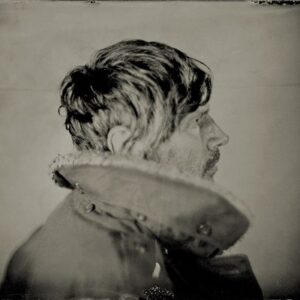 Written to accompany an art installation at the National Eisteddfod in Cardiff, Gruff Rhys releases a new track that continues his line of melody rich but experimental pop music.

At the close of his recent album Babelsberg, Gruff Rhys left us with an image of the apocalypse being documented by selfie takers. From drone attacks to deluded authoritarians, the album provides a lush sonic backdrop, with a live 72 piece orchestra, to the mounting concerns pondered in the lyrics. Quickly after the release of Babelsberg, which, because of the wait for the full orchestration, was over two years in gestation, Rhys has released two songs that continue with some of the album’s themes if not its orchestral sounds.

Working again with the drummer Kliph Scurlock, in July he released No Profit in Pain, a song commissioned to celebrate the 70th anniversary of the NHS. The song, a kind of synth pop ballad, documents the personal and political importance of the NHS and pointedly explores the threats it faces. The politically engaged tone that often peaks above the surface of his work is particularly evident in this piece.

The new song, Bae Bae Bae, with bae meaning bay, was written and released to accompany a visual art instillation at the National Eisteddfod in Cardiff. The music soundtracked a projected film, created by Megan Broadmeadow, that was shown in Cardiff Bay – an area that is currently at the centre of a dispute over the dumping of nuclear waste , which potentially leads this song to take on an extra layer of meaning. The song is the product of a number of collaborations that give it a diverse and eclectic feel, drawing together different references and sounds. Although rooted in Cardiff Bay, it has the sound of range of geographies. It’s hard to place where the sound has come from, instead it blends these different sources together. The track seems to be an attempt to capture the eclecticism of the space. The shuffling drumbeat is overlaid with staggered horns and guitar’s, alongside Rhys’ gentle vocal.

Two versions of Bae Bae Bae have been released, with the original song accompanied by a Muzi Remix version. Both of these tracks, along with No Profit in Pain, continue with Gruff’s melodious pop sound that belies the playful and subtle questions and challenges that the songs often pose.

Gruff Rhys’ show ‘Resist Phony Encores’ is at the Edinburgh Festival from the 17th to the 25th of August. Live dates and other information can be found on his website.

Reviewed by David Beer, more information about his writing can be found at his website.