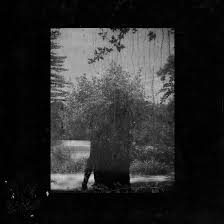 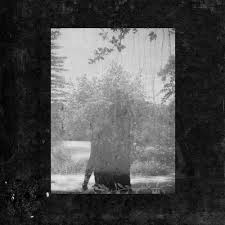 You are standing in a room. It is large, and empty except for an armchair, a table, a lamp, a sofa. You don’t recognise it. It’s painted white but the paint is peeling in places. A large window looks out onto fields. A piano is playing, somewhere, but you can’t see it. Blocky chords and simple melodies echo through the walls. Things seem … hazy around the edges. A voice is singing. “I hear you calling and I want to come/ Run straight into the valleys of your arms and disappear”. The words are almost indistinct, yet the voice feels like it is right inside your head.

This is Ruins, the ethereal and magnificent new album by Grouper, the solo project of Portland-based folk-drone composer Liz Harris. Comprised of material from a 2011 artists residency in Galeria Zé dos Bois, Portugal, it is stark – just an upright piano, vocals, some field recordings and additional noises, and whole load of echo – but beautiful. It’s an approach Harris has progressively refined since her first Grouper releases in the early 2000s, such as 2008’s Dragging A Dead Deer Up A Hill, and Ruins continues more or less in this vein.

Nevertheless, she has built something beguiling and mysterious, veering away from both the cloudy loop-based textures of 2012’s A|A and the acoustic melodics of last year’s The Man Who Died In His Own Boat for something more skeletal – a result perhaps of the four-track tape machine used for the recording – and less quantifiable.

There are still melodies, but they creep in at the edges, slowly evolving out of the numinous piano lines, figures picked out while the chords fill the space with a foggy glow, or sometimes, as on Labyrinth, with just the stilted up and down motif reverberating to form its own accompaniment.

Harris’s vocals, where they appear, are even less defined than usual, almost totally echo. Like her contributions to The Bug’s Angels & Devils and Exit, they are as important as creators of mood and texture as they are in generating any kind of meaning. On Clearing, her voice is like a double-tracked piano, following the right hand melody almost exactly, embedding itself in the spaces behind the notes.

This determinedly spectral aesthetic provides most of Ruins with such an identifiable topology that it’s a shock when the final track – the 11-minute Made of Air – rolls round. Recorded seven years before the preceding material, in 2004 at Harris’s mother’s house, it deploys those characteristics of Harris’s early work – misty, melancholic synths, shapeless and endless, carving slow mournful figures in the gloom. It’s similar to what’s gone before, but completely different, a strange left turn this late in the album’s running time.

This is a minor quibble, though. Ruins is a compelling work, courageous in its decision to let its songs stand in their unvarnished state. Yet it is this frosty emptiness that makes Ruins so addictively gorgeous.

More information about Grouper can be found on Facebook.

All words by Paul Margree, find his Louder Than War archive here.