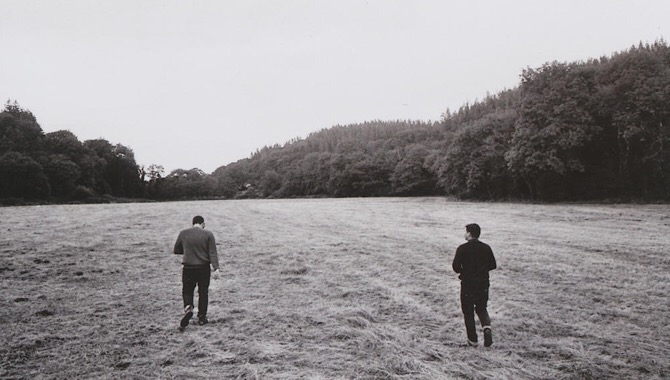 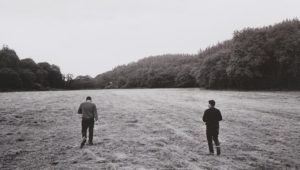 Group Listening is a selection of ambient works from Stephen Black and Paul Jones via PRAH recordings.  Like the best ambient pieces, the tracks collected here worm their way into the listener’s subconscious and before you know it, you’re feeling lighter yet craving more.

There is something addictive and apposite right now about a lot of music that is described as ambient, experimental, contemporary classical or a blend of all three.  Although the works in this all-too-brief selection are radical interpretations of pieces by other artists, they have been used as points of stimulus, ports from which to embark on a journey towards the Terra Nova of other musical landscapes.

Maybe because of the choice of instruments and their analogue warmth, there is a bucolic, pastoral quality that pervades the run of tracks.  But not in a self-consciously retro way.  Some of the pieces invoke the joyful innocence of aspects of Penguin Cafe Orchestra, but ultimately the overall tone is thought provoking and relatively unique.  Tracks such as Julie With are cinematic, powered by their own internal narrative that is palpable enough whilst retaining an air of abstraction that permits the mind to wander, wonder and dream.  Who is Julie and who is she with right now are questions that are now being answered in a succession of French New Wave films that I scrabble together in my head with myriad variations each time I listen to this standout track.

It is exactly this choice of instruments that make this album as unusual and curious as it is.  They provide a strong continuity, tempered and varied as they are with analogue effects and sparsely employed electronica, the piano to the fore on tracks such as Snow Canon and the clarinet more prominent on Happy Whistler.

I’ve found myself watching live bands and listening to music recently while asking that most Twin Peaks of phrases: what year is this?  Despite its bucolic leanings, most evident perhaps in the beautiful soundscape Jay at the end of the album, this point of convergence between experimental/ambient/jazz/classical is 2018.  It’s exactly the music championed by Elizabeth Alker on her Radio 3 show Unclassified, by Mary-Anne Hobbs, Tom Ravenscroft and Stuart Maconie on BBC6 Music.  I can’t help feeling that this leaning towards exciting, abstract music that is rich in sonic landscapes and atmosphere is a response to the hectic way that we are inundated by modern life.  Not that such music is necessarily escapist but it is art that takes and twists reality, turning it towards the reflective and the transcendent.

Having seen Stephen Black’s brilliant diversity in various incarnations of Sweet Baboo, not least his last album’s foray into electronica, this album still comes as a surprise in terms of its direction.  One moment he is playing bass with Cate le Bon, then he is playing solo acoustic shows in Northern Quarter cafes… it seems that there is little he can’t do, but perhaps most importantly he appears to be liberated, functioning on all creative cylinders and boasting a rich and varied creative CV.  In reuniting with his former college mate, Paul Jones, of the Jones O’Connor group, they have produced something golden.  These are the artists and artworks the world needs.

You can check out Group Listening here. They are on Twitter – @group_listening