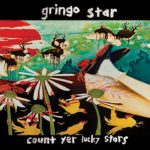 Review of an album soon to be released by Atlanta garage rock band Gringo Star. Download track “You Want It (Count Yer Lucky Stars)” for free here or stream using the widget below.

Don’t get them confused with Ringo Deathstarr from Austin, Texas this is the Atlanta, Georgia band who lesser journalists will latch onto in the hope they’re gonna be ”Ëœthe new Black Keys‘, when they’re actually far better.

This is the follow up to 2008”Â²s critically acclaimed debut,Ã‚Â ”ËœAll Y’all’, its been produced by Ben Allen (of Animal Collective, Gnarls Barkley and Deerhunter fame) and is the sound of Gringo Star arriving, fully formed.

Sounding ancient and modern. Sounding like the Strokes and the Libertines at their best, their sloppiest and loosest. Bringing to mind Jonathan Richman and Peter Perrett duetting backed by a fantasy girl-group fresh out of the garage.

This is the album I wanted the Strange Boys one to be. It’s an instant classic. Instantly likeable. It’s a fun, shallow, dumb, American whine. It’s out on 30th April, preceded by a single ”ËœShadow’ on 23rd April. Nothing more needs to be said. If you like the free download ”ËœYou Want It’, and if the second it finishes you want to play it again, then you’ll love the album, and err, You’ll Want It.

GRINGO STAR on tour in the UK Ã‚Â