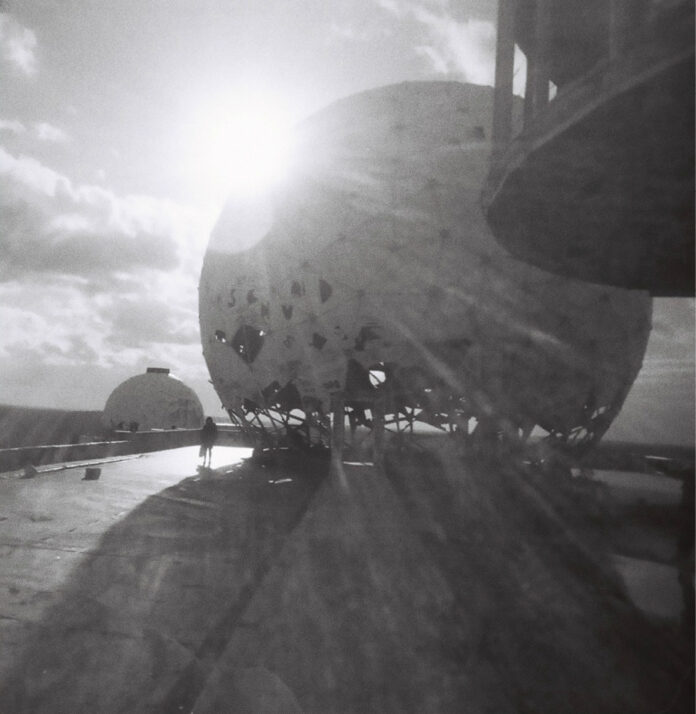 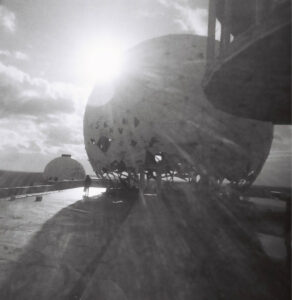 It is almost standard practice to align any alternative manifestation of Japanese culture with Jun’ichirō Tanizaki‘s treatise on the delicate balance between light and shadow. In Praise of Shadows was, after all, a definitive modernist take on the history of Japanese aesthetics and their application in everyday situations. Written in 1933, but not published in English until 1977, Tanizaki’s work draws parallels between Western and Eastern modes of living; meditating on, among other things, paper, food and movies. Near the beginning of the essay Tanizaki muses on the idea that, had the Japanese invented the phonograph and radio, the new media would have most certainly reproduced the special character of Japanese music and voices more faithfully. He goes on to explain that “Japanese music is above all a music of reticence, of atmosphere. When recorded, or amplified by a loudspeaker, the greater part of its charm is lost.”

Keeping this bold statement in mind, we turn to Koichi Yamanoha’s inaugural release as Grimm Grimm. Having previously led the cult psych-punk outfit, Screaming Tea Party, Yamanoha now turns his attention to subtler modes of communication. Hazy Eyes Maybe is a work that attempts to marry the dividing aesthetic trajectories of two culturally oppositional hemispheres. Vast Baroque landscapes are painted with quirky drum loops and translucent dream journal poetics, while the general atmosphere is conduced by layers of reverberated guitars. The result is a tender and engaging listen that evokes images of a turquoise dawn heaving with a sorrowful mist.

Kazega Fuitara Sayonara and Tell the Truth open the proceedings. Both tracks were released on Kevin Shields’s Pickpocket Records late last year as a 7” single. The former translates as “Goodbye When the Wind Blows” and was co-written with Tokyo-based noise-pop duo Umez (who were, for a brief period, regulars on the London underground circuit). Grimm Grimm’s version is slower in pace and a fraction more melancholic, suggesting that the loss of innocence is a painful but necessary stage in one’s artistic development. The latter track is reverb-laden and rough. Sagacious guitar interplay brings to mind some of the more formidable songs from Atlas Sound’s Bedroom Databank series. When paired with Yamanoha’s candid vocals, however, Tell The Truth begins to unwittingly resemble pretty much everything that My Bloody Valentine has ever done.

Emotionally, the album is extremely introverted. Significant portions of Grimm Grimm’s songs are based on recurring dreams or memories of a time when responsibility was not factored into the computation of a regular day. This callowness is reflected in the sonic arrangements, which appear relatively austere on primary listens, but eventually reveal their complexities with every subsequent return. It is as if Yamanoha has decided to pen a series of letters to his younger self that attempt to explain what is yet to come. Teleportation, for example, is a wistful love song with minimalist embellishments. It speaks of the desire to instantaneously close distances between lovers with little more than the utterance of a name. It soon becomes clear, though, that this sort of magic only exists in the imagination. The Last Word is Mine nods towards games and the carnivalesque, while Robert Downey Syndrome – the record’s only instrumental and arguably most experimental song – morphs childhood memories into photographs of a haunted fairground.

Pined with nostalgia, naiveté and longing, Hazy Eyes Maybe contrasts significantly with Yamanoha’s previous output with Screaming Tea Party. STP weren’t strangers to melody, but their overall sound was angsty and wired, like bored teenage punks bouncing off bedroom walls. There is evidence of such flamboyant, boisterous attitudes on Knowing – Grimm Grimm’s collaboration with Bo Ningen – but the delivery is calculated, almost industrial. In most cases, Yamanoha’s work bears the hallmarks of the mature older brother who looks fondly on his youth, but is actually more enthusiastic about potential job prospects.

On the whole, Grimm Grimm’s debut record sets out to construct fragile atmospheres. Yamanoha’s principal concern is the essence of a story, rather than the narrative itself, which is why the album sits somewhat uneasily with the listener. On the surface, we see a simplistic ink drawing, but on closer inspection it transpires that there is a wealth of detail in the pigment residue. This is where we come back to Tanizaki’s deliberations on cultural identity. Clearly, Yamanoha is a global citizen. Visions of foreign places and various aspects of Western popular culture permeate through his make-up. It is the way he choses to filter these stimuli, however, that proves to be most interesting. We are treated to a soft lament rather than elongated shadows on a midsummer evening. Furthermore, the dramatic event is hidden. In fact, it occurred before we got here, but its aftermath is nevertheless present and felt long after Hazy Eyes Maybe comes to its conclusion.

Grimm Grimm can be found online here: grimmgrimm.com. He’s also on Facebook and tweets as @GrimmGrimmuk.

All words by Ilia Rogatchevski. More writing by Ilia for Louder Than War can be found at his author’s archive. He tweets as @rogatchevski.