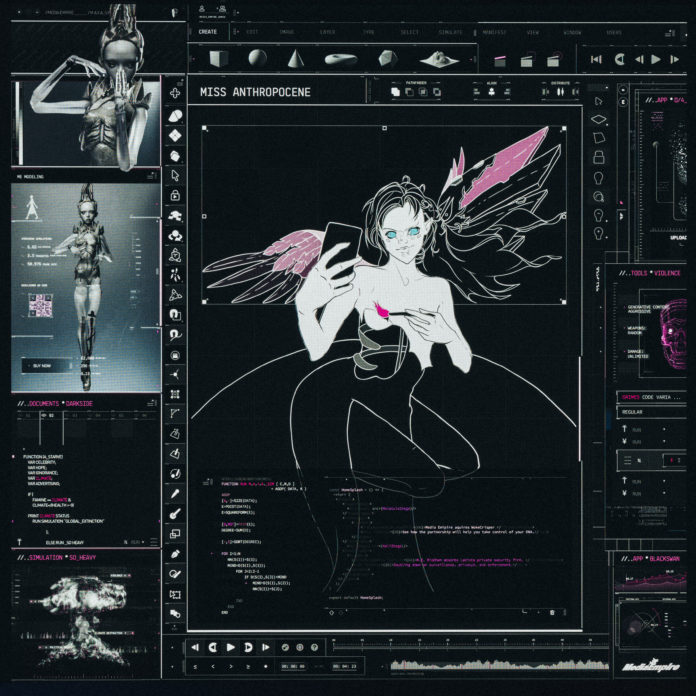 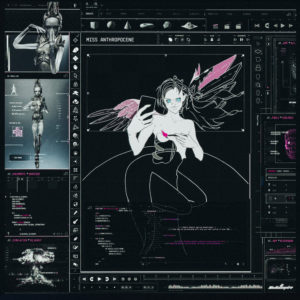 John Robb says ‘Canadian Claire Boucher’s fifth full-length release as Grimes is an eco-concept album about the fragile state of the planet (apparently). For me this album is as close to the daring shape shifting of prime time Bowie in the context of pop we have in 2020. The dystopian album is her Diamond Dogs with daring experiments and textures and vocal adventures that are breath taking…it’s as daring and experimental as pop can be’ our reviewer Tim Cooper tests its climate and believes the songs are superior to the concept…
Buy the Grimes album here Click here

There’s nothing major artists love more than to embellish their work with serious-sounding themes, and Grimes is no exception. Her website explains its title as being a fusion of the words Misanthrope and Anthropocene: the former “a person who dislikes humankind and avoids human society”, the latter “the current gelogical age, viewed as the period during which human activity has been the dominant influence on climate and the environment.”

Thus we are to see the album not merely as a diverse collection of songs, which it surely is (much like her two previous albums), but also as that most dreaded of musical creations – a ‘concept album’. These have rarely been wholly satisfying affairs, often lapsing into the pretentious and/or the obscure and usually amounting, upon close listening, to what the lay listener might call “a bunch of songs that are vaguely connected by a theme.”

Which is, you know, pretty much every other album you’ve ever heard.

Still, let’s go with the flow here. The good news is that Miss Anthropocene is an eclectic, occasionally inspiring, albeit uneven, collection of songs with or without its Thunbergian climate-crisis trappings. And, for that matter, with or without the global tabloid fame afforded to her via her billionaire boyfriend, Elon Musk, a man who shares her concern with environmental issues so much that he invented the Tesla electronic car.

As ever, Boucher is boundlessly creative on this album, hopping happily between genres -Darkseid, featuring the weirdly sped-up Pinky-and-Perky vocals of PAN, delves into the dubstep hinted at by its title, all throbbing sub-bass, echoing percussion and Boucher’s whispered asides, while the bouncy dance grooves of Violence could be Madonna at her most exuberant in the Nineties.

As if her musical efforts were not experimental enough, Boucher uses her voice as another instrument, contorted and distorted into different tones, pitches and textures. She’s playing with it, playing with us, and playing with our expectations: the biggest way she does that, contrarily, is by taking away all the trickery to reveal the hitherto unheard beauty of her voice in purest form, devoid of any effects.

Delete Forever (video below) is an affecting country-tinged lament for the rapper Lil Peep written on the night he died from an overdose (“Flowing to the sun  / Fucking heroin… Can’t see above it / Guess I fucking love it”), sung over a simply strummed banjo – until some satisfyingly squelchy synths arrive. It’s lovely, it’s her new single, and it’s nothing like any other song here.

Six-minute opener So Heavy I Fell Through The Earth is borne on subterranean bass, Enya-like vocals and the sort of chill-out beats you might have heard in a beach bar on Ibiza 20 years ago, while Before The Fever, with its suffocating blanket of synths and breathy autotuned vocal, sounds like early Poliça; in another change of pace, 4ÆM skitters along like a runaway drum’n’bass train with ethereal overtones.

Each song brings a fresh surprise. New Gods features a sparse, soaring vocal into an echochamber while My Name Is Dark is a pounding banger that shamelessly appropriates Garbage’s Stupid Girl. It’s like a compilation album in its range, right up to the seven minute closer IDORU that shimmers on a circular Philip Glass-like motif into the far distance.

My advice: forget about the concept and listen to the music.