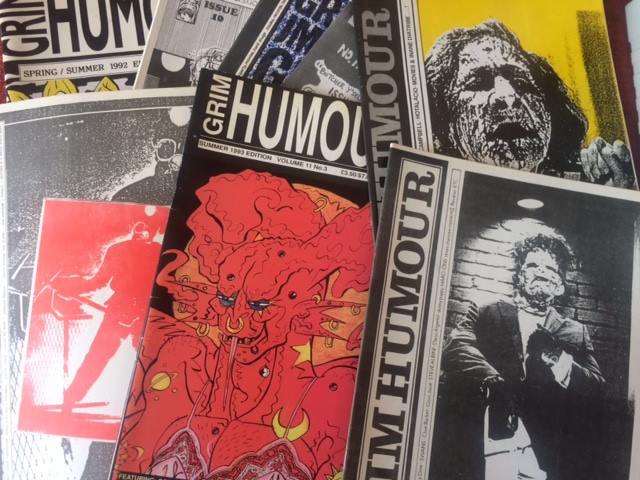 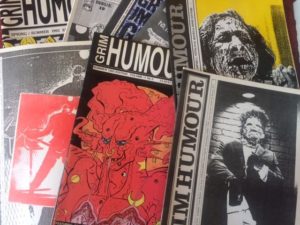 Grim Humour fanzine to be published in book form;

Grim Humour was a UK fanzine which existed for eighteen editions, between 1983 and 1993. It received good reviews and favourable attention from the outset, partly due to its often sarcastic or caustic tone and its focussing on many groups who arrived from the post-punk landscape of music that originated in the DIY sensibilities of the time.

Original copies of Grim Humour now trade for large sums, a collection of seven editions are currently for sale via eBay with an asking price of £50.

Fourth Dimension Records have announced ambitious plans to collect all original editions and publish as two lavish volumes, the first being available for advance order now.

Although initially assembled by a group of friends whose passion for the music they wished to document far overrode their artistic or writing skills, the fanzine soon developed in every respect and even became nationally distributed to independent record stockists, resulting in larger print runs and, with the later editions, a more semi-professional approach that never once betrayed the attitudinal stance of the early issues.

This collection is dedicated to re-edited interviews, reviews and suchlike from the first ten editions, reprints of many of the original pages, bonus material and several contributions by those who were involved with the ‘zine, championed it or were part of the very same landscape it pulsated on. Due to the fact many of the original pages had colour backgrounds or were brimming with text bashed out on barely functioning typewriters, the idea of simply rewriting many of the features took hold as a sensible alternative itself open to being expanded on.

The features include interviews with The Fall, Killing Joke, Crass, Coil, 400 Blows, Sonic Youth, In The Nursery, Head Of David, Virgin Prunes, The Damned, Nick Cave, The Ramones, Fool’s Dance (featuring Simon Gallup of The Cure), And Also The Trees, Portion Control, Big Black and others, plus many reviews, a couple of rants and far more besides. 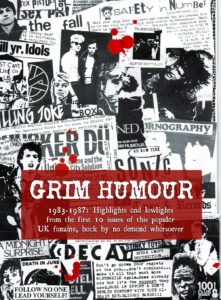 It is hoped this book illuminates a tiny segment of a culture now long gone and never to be repeated. Given just how many of those concerned remain active to this day in one capacity or another, this is far more than a simple nostalgia trip.

The RRP will be £25.00 but the book can be pre-ordered direct (Fourth Dimension Records) for £18.50 plus shipping. It will be published in late 2018 and represents the first such venture for the label.

This edition will be the first of two volumes, the second planned for late 2019 publication.

The first volume will be a hefty softcover book, A4 size, of an estimated about 300pp. This is why the postage is so much. Sorry, but the package will weigh over a kilo.

NB: There will be something extra sent with all direct orders.