Greg Wilson has been at the heart of dance floor  action for decades. One of the unsung heroes of the Hacienda his electro nights in the club were as key to the narrative as Mike Pickering or Graeme Park.

The Liverpool based DJ has a deep and wide knowledge of music that covers psychedelic, northern soul, pop, electro, hip hop, funk and modern musics that leaves him perfectly placed to write a book like this that is a celebration of the art of the DJ and the eclectic nature of the musics that they embraced over the decades.

With great illustrations this book capitals the thrill of dance floor and the selector and shines a light on 25 classic DJs, record labels, venues and tracks to give an extensive overview of the pre-rave roots of dance culture.

Discotheque Archives resulted from Greg Wilson being asked to write a regular column for DJ Mag, following them awarding him Industry Icon at The Best Of British Awards in 2015. The series was edited by Josh Ray and complemented each month by a vivid illustration from Pete Fowler.

Given the wealth of knowledge within the columns, coupled with Pete Fowler’s distinctive illustrations the idea for a book had been brewing for some time and when the world locked down, it gifted Greg the perfect opportunity to get to work.

Drafting in the adept design of Liverpool Arts Lab’s Slim Smith, the fruits of those labours have resulted in this book, complete with a brand new foreword, afterword and index, plus an extensive list of over 500 records mentioned. 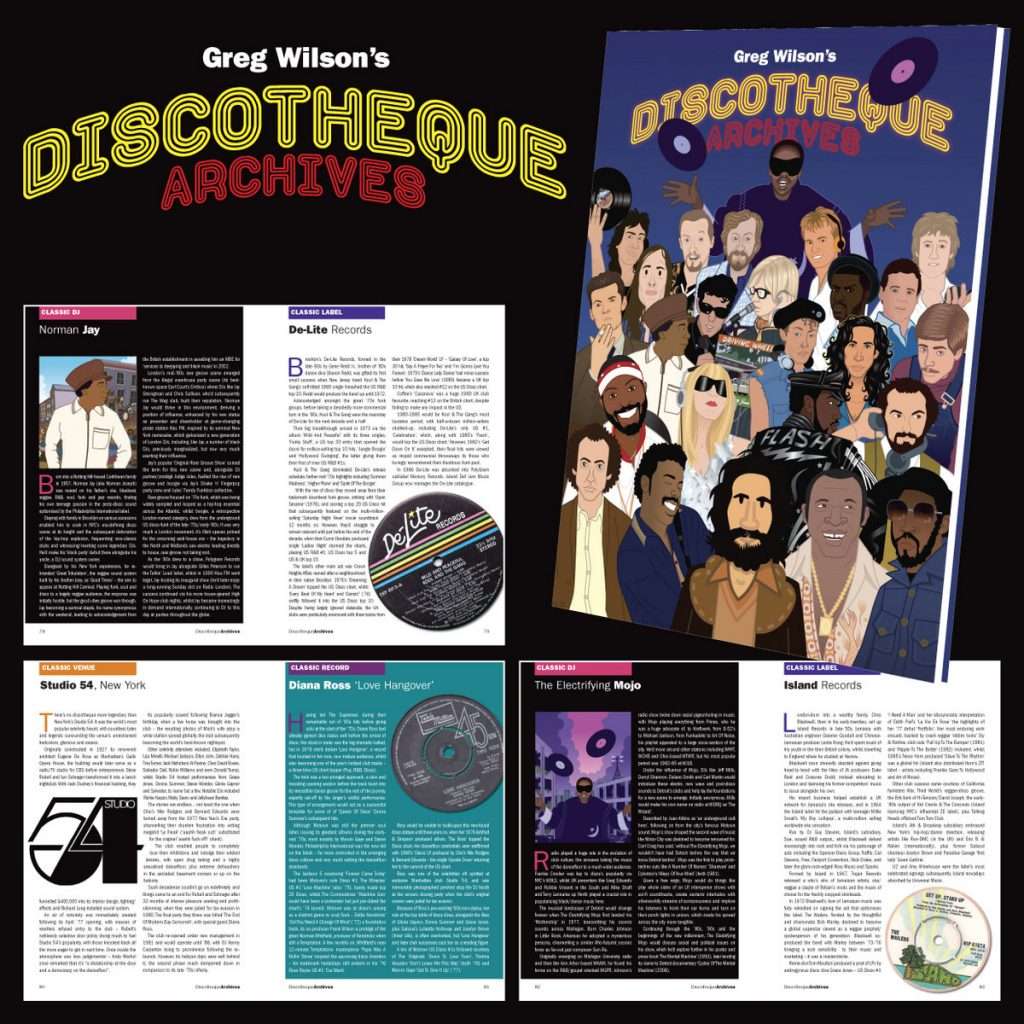 By nature of the scene, dance music is very forward-looking: DJs always pursuing the next record to break, venues pushing the boundaries with sound and lighting techniques, label’s seeking out the latest artist to emerge and musicians/producers continually moving the sound forward in new directions. The past is of course constantly referenced and drawn from, but this hasn’t been enough to prevent the scene often disconnecting from its roots.

Through a series of concise articles, which first appeared in a monthly DJ Mag column, Discotheque Archives explores the pre-rave era of dance music. Placing focus on classic DJs, venues, records and labels to celebrate the giants of dance culture and illuminate its forgotten characters. 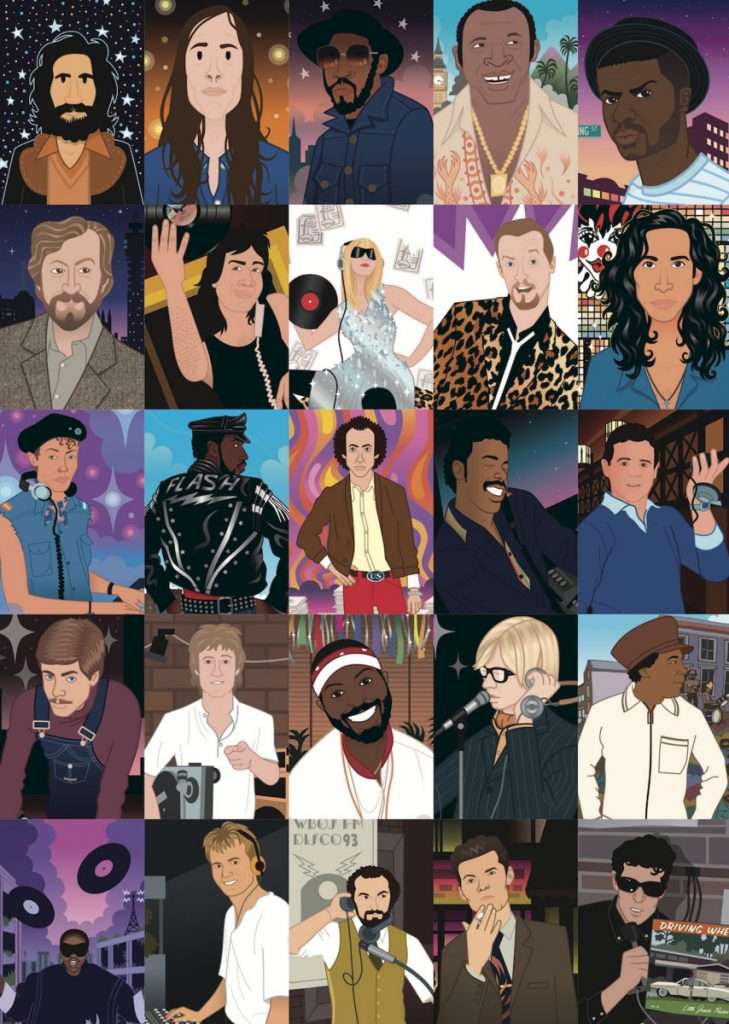 Written from the personal perspective of Greg Wilson, with countless first hand experiences within the developments of the scene, the story begins, in the 1960s, over a decade before he took to the decks, where the foundations were laid by a series of trailblazers. With the scene set, most of the book focuses on the 1970s, as mixing began to take root with DJ community, initially in New York, whilst advancing technology plateaued with an explosion of underground electronic experiments of the 1980s, the narrative finishing up just ahead of the much-told story about the rave explosion.

Arriving at a time when dance music has been forced into a standstill, this limited paperback edition of Discotheque Archives offers a means of taking stock of what’s gone before, to enrichen and strengthen the scene when it is finally able to re-surface.