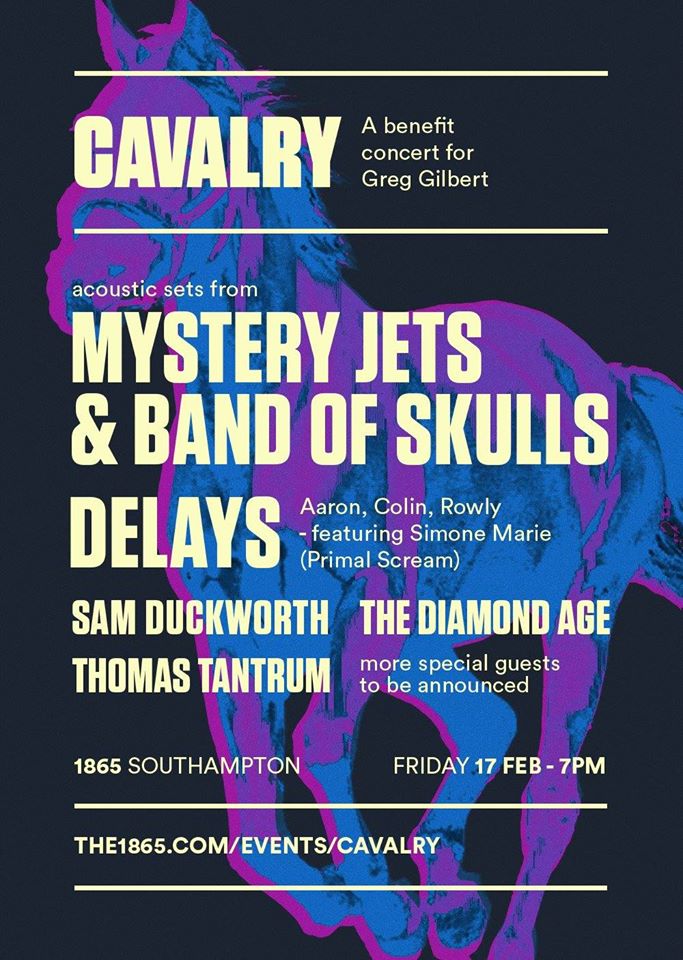 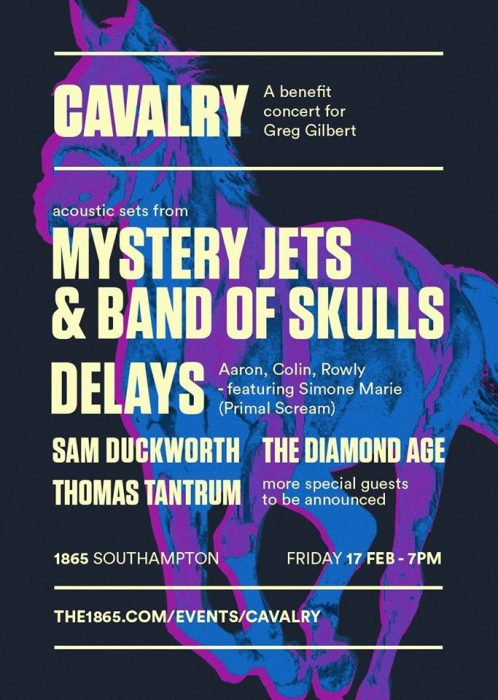 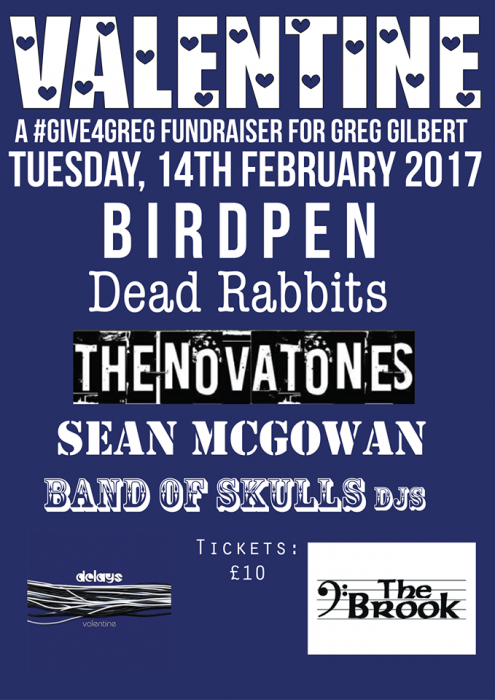 Greg Gilbert is known to many as the singer and guitarist of the band Delays and as an artist. To me, he is my fiancée, my joint adventurer through life but most importantly, the daddy to our two baby girls Dali (3) and Bay (1). He has recently been diagnosed with stage 4 bowel cancer that has spread to his lungs and to our horror has been told that the NHS is limited in what they can do to save him.

Before Christmas you may have seen this emotional appeal by the partner of Delays frontman and songwriter, Greg Gilbert. He needs specialist treatment for stage 4 bowel cancer that the NHS cannot pay for.  Astonishingly within 48 hours the £100,000 they thought they needed had been raised. But they have now had to raise the target figure to £250,000 as Stacey explains in an open letter to the press/friends and fans.

For those of you I haven’t seen or spoken to, I wanted to say the biggest thank you. You have changed my life. For many reasons, I’m not the same person I was a few months ago but one of the main reasons is being on the receiving end of an avalanche of love and goodwill that I could never have imagined. I am in awe of the community that has rallied around us and will never ,ever forget this feeling.

However, I need some more help….After Christmas, we had some more very difficult news – after more genetic tests,we have found out that no immunotherapy treatments will be suitable for Greg. This is very bad news because immunotherapy is hailed as the new breakthrough incancer treatment and where all the money and research is. We have also been told that the drug Avastin we first thought could help would only extend his life by a few weeks. Our options are getting smaller and smaller.

This is an enormous blow and it’s taken me a while to regroup but now I’m ready to fight and throw myself back into the research. I have been speaking to international doctors to find cutting edge treatment abroad but this all comes at a price. I have been quoted $15,000 for one consultation at the Sloan Kettering Cancer hospital in New York and that doesn’t even include any treatment or travel/accommodation. We will need a lot more money,at least £250k, especially if we end up going to the US. Believe me, I know this is a ludicrous amount of money and I can’t tell you how scared I am to know I have to find this from somewhere to give our girls a chance to grow up with their daddy. There is nothing else to do but try.

On Monday (30th Jan), I am going to raise the GoFundMe campaign target to £250,000 and I would so appreciate it if you could share my update on your social media platforms again on that day. We are also linking up with Jodie Copeland who is launching a campaign to get Delays song Valentine back in the charts for Valentines Day.

We would be NOWHERE near where we are today without the unbelievable support of our friends and family. To feel you with us in this horrific journey with no map or compass is such a comfort. I hope you can keep supporting us.

All love, all the time
Stace

Fundraising gigs at the Joiners in Southampton and the Concorde Club have raised large sums and now there are two more coming up, details on the posters above.

Mystery Jets and Band of Skulls headline ‘Cavalry‘ at the 1865 club on Friday the 17th – with local legends Thomas Tantrum reforming especially for the occasion. Delays themselves also play featuring Simone from Primal Scream.

If you can’t make the gigs, download Valentine, following the instructions here and on the Facebook Page

If you want to donate, the Give4Greg page is here

On Facebook Greg made this statement, which I am sure he won’t mind me sharing again, as it says it all.

In a year that’s been so hard for so many, it is truly humbling to be on the receiving end of so much warmth and generosity. I can’t begin to express our gratitude – not a penny is being taken for granted and we’ve been moved to tears many times over the last few days reading the supportive messages from not only friends and family but also strangers from all over the world.

But mine is not an isolated situation, unfortunately – there are many, many people suffering with cancer who don’t have the wonderful support of family and friends like I have or the benefits of the bands dedicated and selfless fanbase. I can’t imagine how it must feel and I truly hope the campaign can in some small way benefit them going forward.

The NHS is beleaguered at the moment but it’s so important to me that I emphasise just how wonderful the staff have been – they have worked tirelessly and gracefully under immense pressure and shown limitless empathy, not only with me, but in all of their interactions I witnessed. They need our support if the NHS is to remain the egalitarian vision it was intended to be.