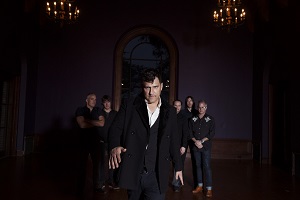 As they release their first new album in sixteen years, Greg Dulli of The Afghan Whigs talks to Louder Than War’s Willow Colios in part one of an in-depth interview.

To coincide with the release of The Afghan Whigs 7th album, Do To The Beast, Greg Dulli spoke to me about his life in music. In part one, hear about his early influences; how the Whig’s frontman started as a drummer in high school before learning the guitar and how meeting Joey Ramone, Husker Du and The Violent Femmes helped inspire him to start his own band.

Follow me on twitter for news of part two, where we delve deeper into how Do To The Beast got it’s name and Greg reveals the stories behind writing the album and recording it at Josh Homme’s Pink Duck Studio.

The new Afghan Whigs LP, Do To The Beast is out now on Sub Pop.
Buy it now from the Official Afghan Whigs Site.

Tickets are also on sale now for US, UK and European tour dates including Manchester, Glasgow and Latitude Festival. You can also follow The Afghan Whigs on Facebook. and Twitter.

All words by Willow Colios. More writing by Willow can be found at his author’s archive. You can also follow him on Twitter @ShootTheSinger.