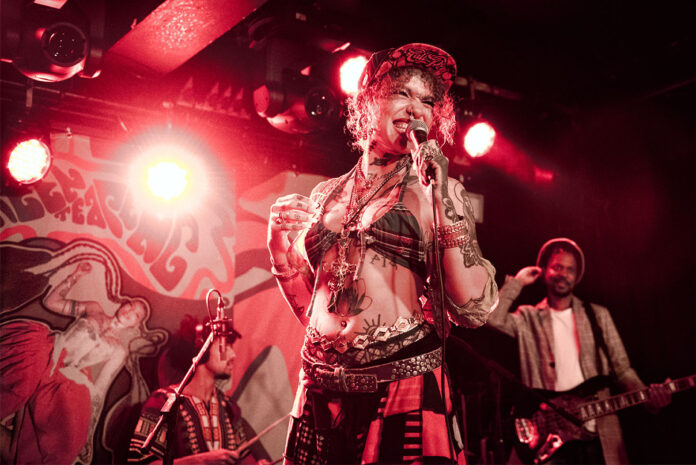 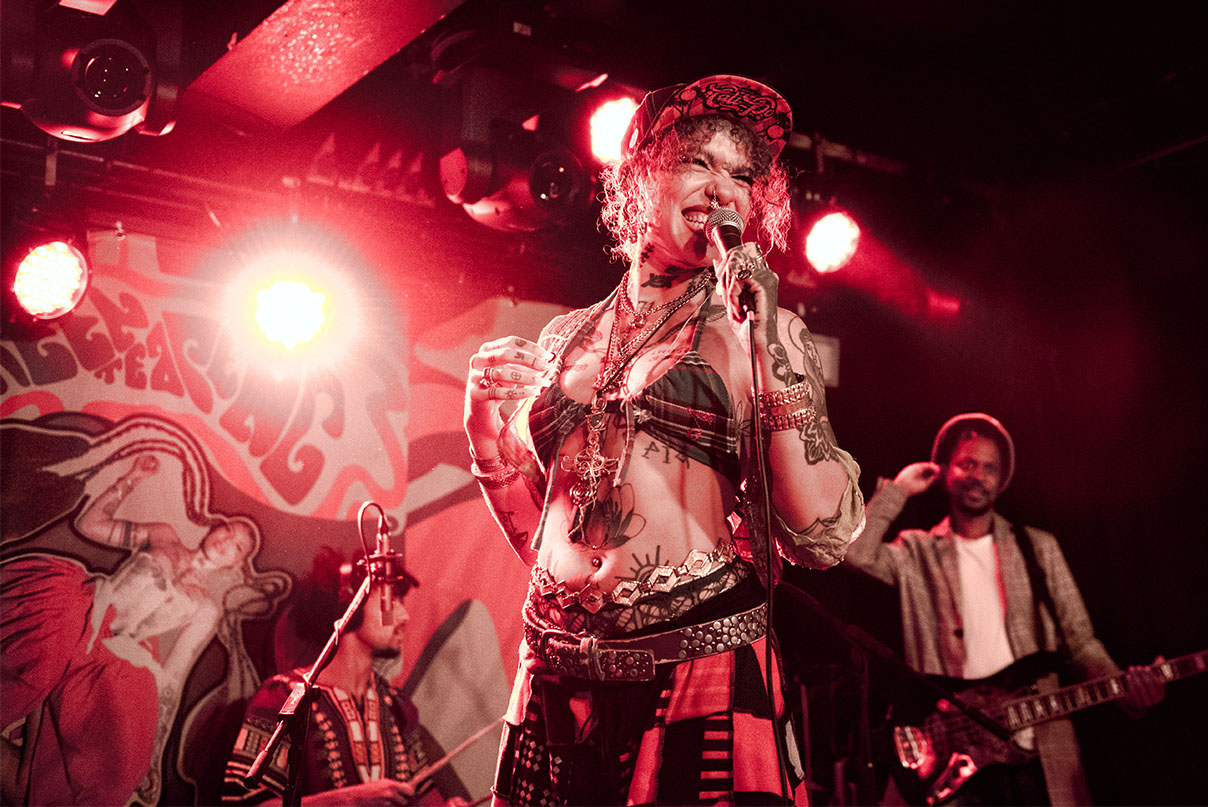 The neo-soul singer/songwriter Aria Wells, who goes under the moniker of Greentea Peng, is on the road in support of her highly acclaimed debut album, Man Made, alongside her band the Seng Seng Family. This is also her long-awaited first UK tour. Louder Than War photographer Melanie Smith braved the weather conditions in Manchester to capture the action, in an intimate setting to an appreciative crowd.

It’s Sunday night in Manchester, the weather forecast is not good, and our reviewer is literally snowed under in Hebden Bridge, so unable to get to the gig tonight. Club Academy is pretty packed with under-25s, the atmosphere is relaxed and a nice vibe is brewing. I arrive as support act Kid Cruise is just finishing warming up the crowd nicely. We are waiting for Greentea Peng and her band to emerge, it’s 8:30 now and people are dancing and quite happily waiting. The band walk onstage, followed by Greentea Peng, who is just beaming with smiles, and so are the crowd. It’s a mutual adoration. The lights are red and muted, with a smoky haze. She is dressed in a jumbled concoction of jewellery, various layers of funky clothes and a body adorned with tattoo art, but it works. Kicking off with Man Made opener Make Noise, her music is a mix of dreamy soul, jazz, reggae, hip hop, with spiritual and hypnotic notes. Following this comes the rappy/jazzy track This Sound, and she asks the audience: “Who was with me from the beginning?” – lots of noise is created and one woman shouts out her love for GTP. She says she is really thrilled to finally be doing her first full UK tour. 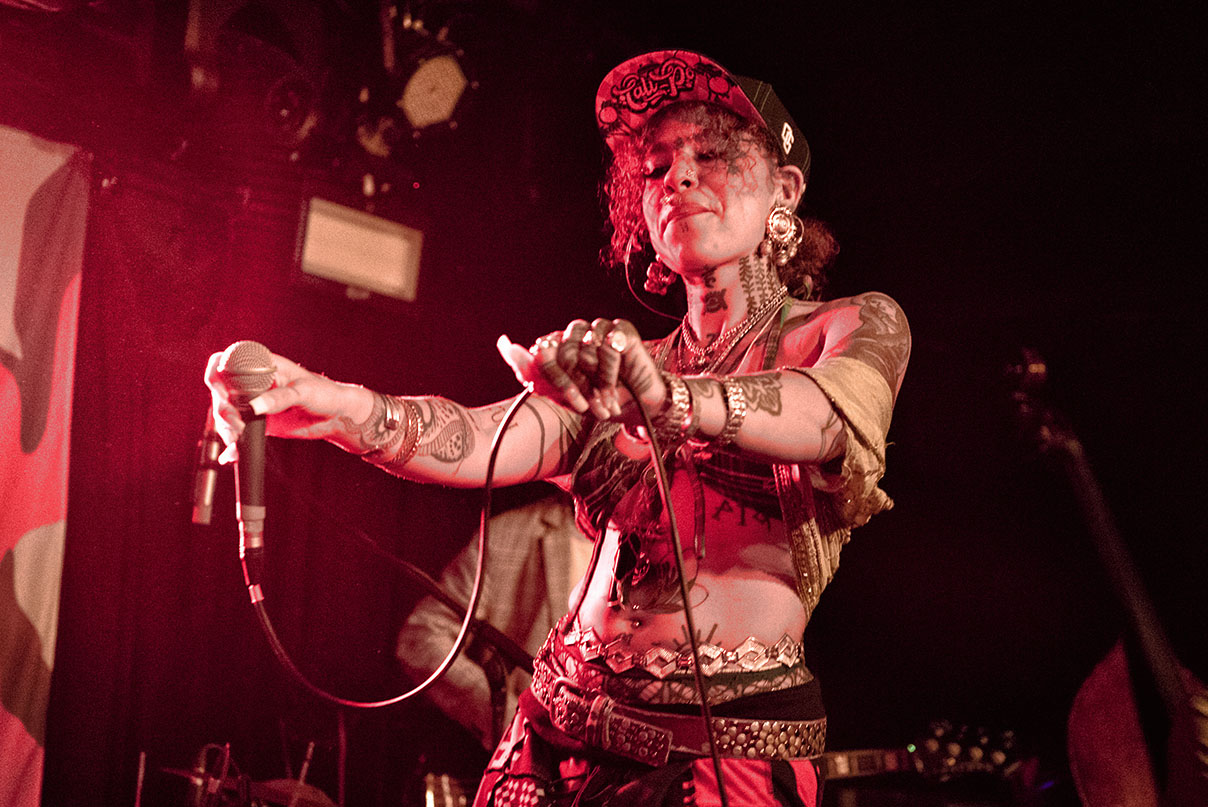 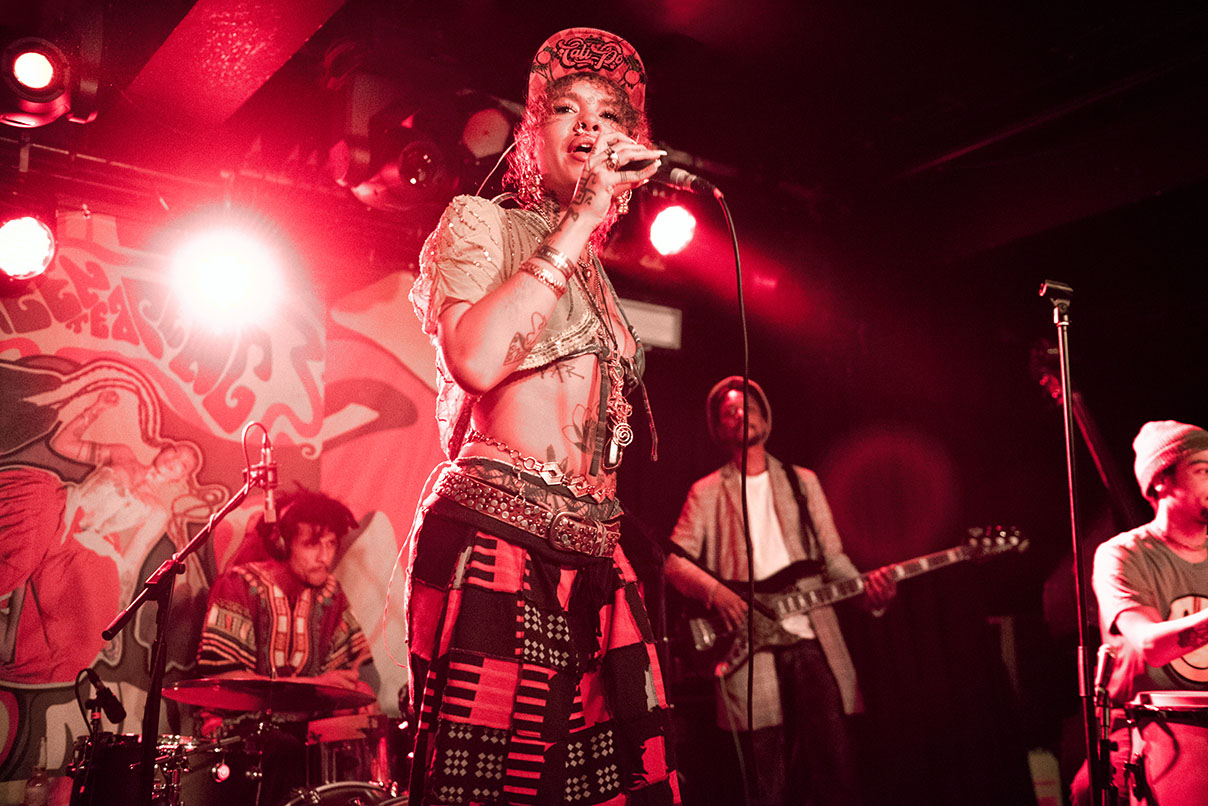 It’s a really trippy vibe onstage, the family of musicians are laid back and mellowing out to the grooves. In the last of my three-song limit (being in the pit), she invites Kid Cruise onto the stage and performs Free My People; it’s clear they are having a ball. She moves and sways to the music, using her body in a sensual, hypnotic fashion, but not overly so. The energy in the room is now palpable and I am certain it’s the last time we shall see Greentea Peng in an intimate venue such as Club Academy. Go and see her on tour next year, where she’ll be playing to more substantial sized venues. 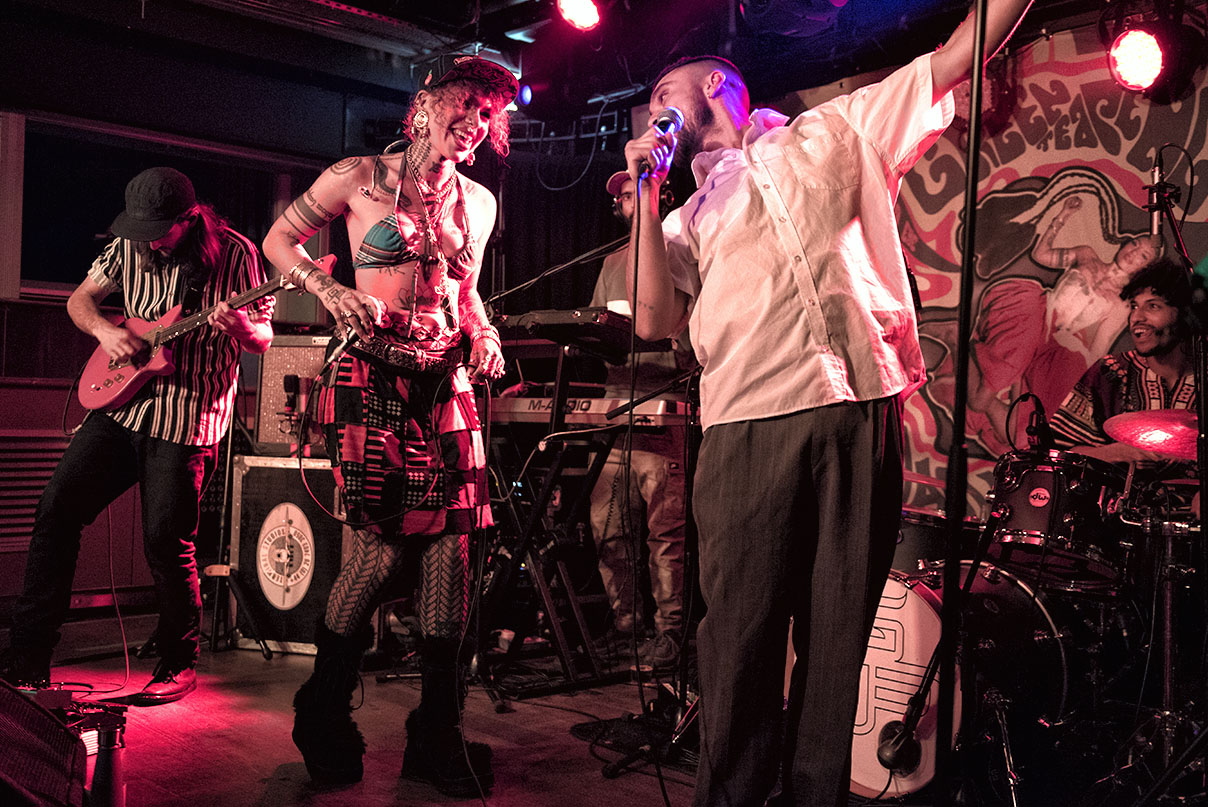 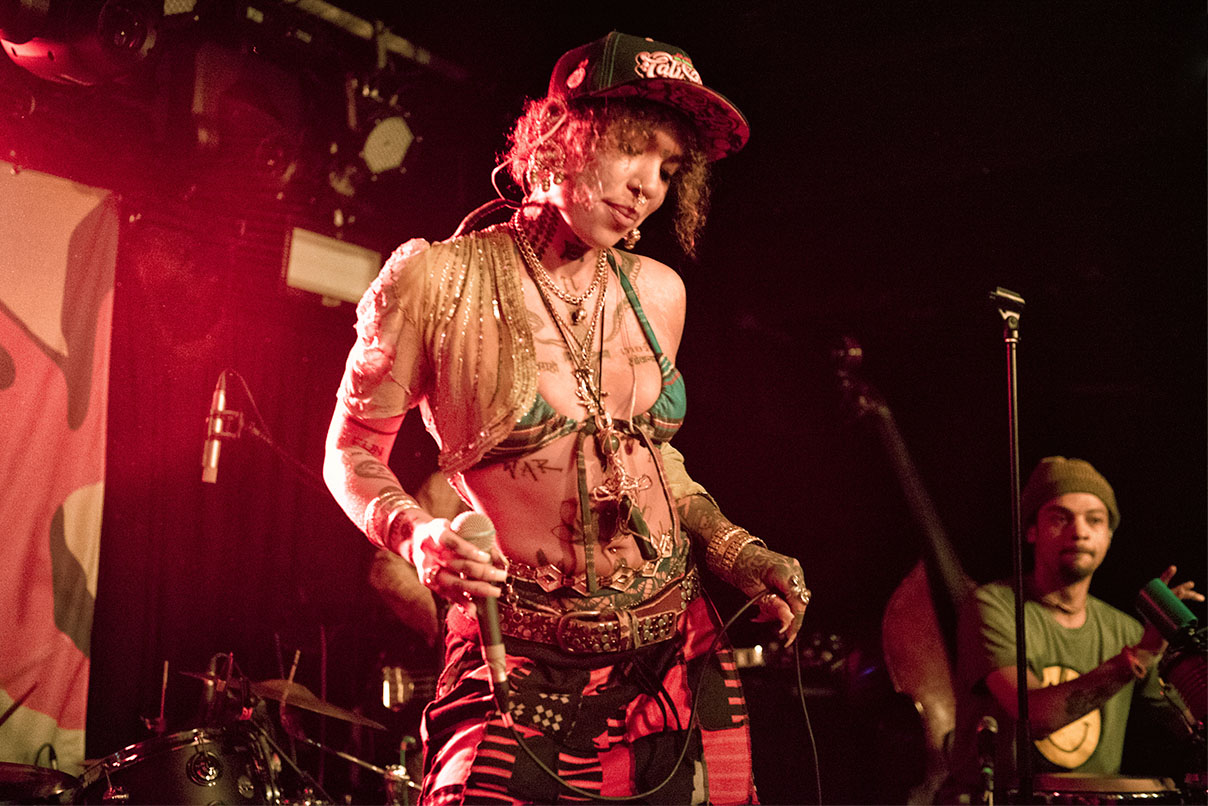 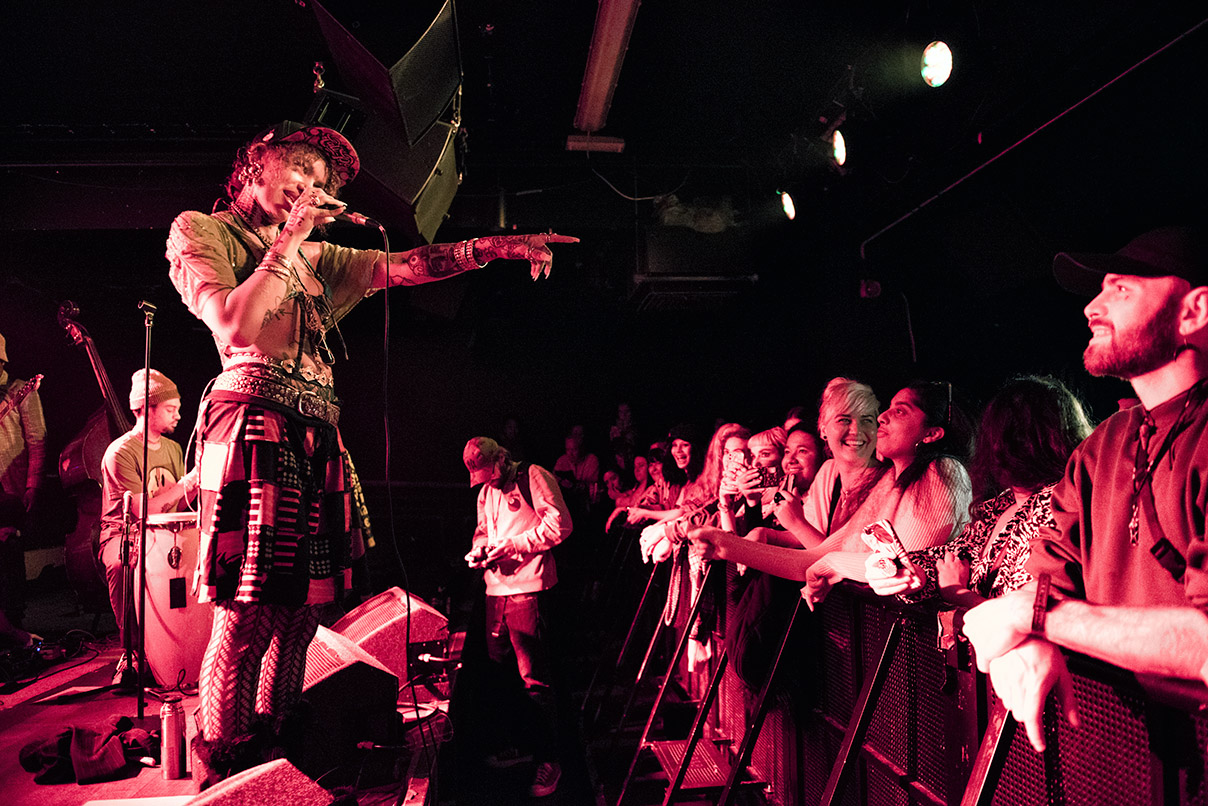 Photo gallery: Please note: Use of these images in any form without permission is illegal. If you wish to contact the photographer please email: mel@mudkissphotography.co.uk