Home Blogs Greece : Switch Off At The Fusebox : daily report from our... 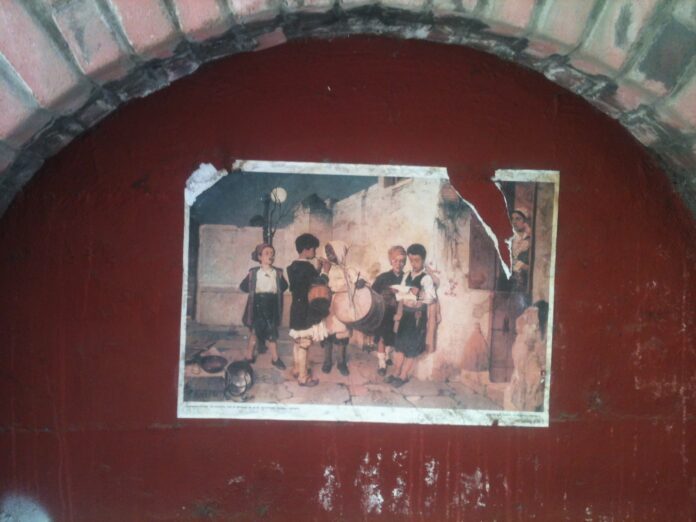 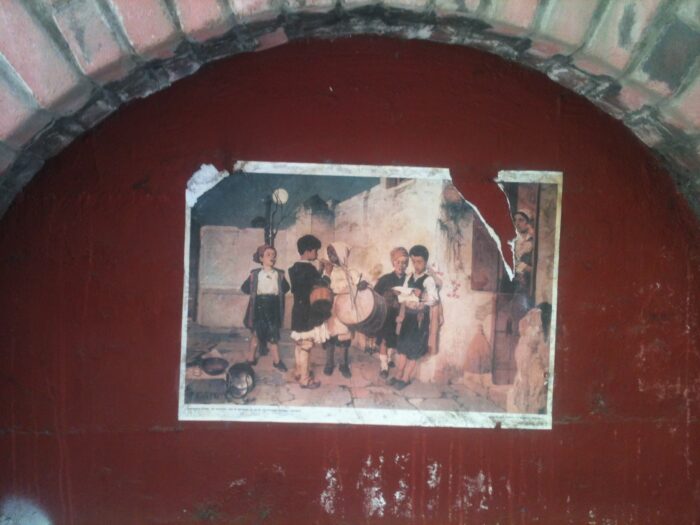 Greece : Switch Off At The Fusebox : daily report from our man in Athens

Another day, another EU deadline. How can anyone take these functionaries to wealth seriously? Now the blue sky will fall in tomorrow. By bureaucratic mandate. Who are these people? Isn’t it time we simply ignore them. Or swing them from the yardarm. Oh don’t mind me. The lower knuckle of my left hand index finger is swollen with arthritis. It’s the lack of sleep. The heat.

The flat I’m staying in has nothing like air conditioning. The block seems mostly unoccupied. A free standing single electric hob cooker looks certain to burst into flame on use. I was warned to turn off the electricity at the fuse box before taking a shower. The wiring is a bit old and tetchy. Like me then. But seriously, another friggin deadline?

The people here know who sent arms to destroy the post 1945 leftist dreams, which in turn led to the military junta. They know what troops stood by to watch the police massacre those who demonstrated against the impunity of Nazi collaborators. That’s us by the way. If you think Britain is your country then your country was party to that. Your country turned on the Greek left allies as soon as the Nazis were defeated. I’m sure Paul Mason may have tweeted it.

The people here know Germany had a massive debt write of in 1953. With the agreement of Greece. They think they should get a bit of that. After all, to be brutal, the Greeks only fell for a scam by politicians and bankers whereas Germany had waged total war and genocide. It rankles. It seems a trifle unjust. Although the locals do not use the direct language I just have. Not to me anyway.

But forget all that history stuff. It’s all so long ago. Apparently. Now German ministers lecture about playing by the rules. We should wonder whose rules exactly. And who are the rules for? Not the bastards, the politicians and bankers. who connived Greece into the EU. Rules do not apply to them. Apparently. That’s all in the past apparently. What only matters is the people of Greece play by the rules.

I’m going to find a coffee and maybe something to settle my churning belly.

The street outside is lined with fruit trees. Something like a small peach not sold in our local well known supermarket (which only sells sarnies and fizzy drinks for commuters). I mention that in London someone would have fenced each tree off. I am told that might happen here if the fruit was edible. I should put it down. You haven’t eaten one have you? No, I sort of lie. Not a whole one anyway. That unusual taste is more disgusting than exotic. And slightly poisonous.

I walk into a small bar at the end of the road full of men, all older than me. No one speaks English. And I still haven’t mastered Greek. I try to order a some food. I think they had some type of snack but it seemed only available with either beer or ouzo. It’s way too early for this more or less tea totaller so I give up and order coffee.

I sit behind the full street side row of old men next to a lone old man. I smile, he smiles and we start to communicate largely through mime. He asked a little about me before I asked, “Syriza?” putting my thumbs up and then down. He smiled and shrugged. Oxi? He wrote 23 with his finger. I shut up and let him tell me whatever as best as we could communicate. He had been a taxi driver for 23 years. Now he sweeps streets. He hopes to retire in 2 years but that may change because of the EU. All this took quite a time and involved interjections from the men in the front row. It was funny but frustrating. I wish I could talk to these men. As I leave I pay for the street cleaners coffee. Why? he asked. I smiled and shrugged.

I pay with a 20 Euro note. The owner of the full bar can’t break it. He disappears and returns several minutes later with my change.

Just to return to something. If you really want to help the people of Greece then join the global insurrection against the rule of wealth. Failing that come and spend your holiday money here now. The collapse of Greece is a media lie designed to make other peoples, in Spain, Ireland, Italy, not demand the same economic justice the Greeks do.

It’s hot and I walk up Strefi hill. Not even any mad dogs up here with me. The Greeks seem to love dogs and cats. They are everywhere. Except on Strefi hill right now. They will be resting in shade.

I pause outside the first place I see. It has the feel of what I would call a proper taverna. A wall of 12 foot glass doors. High backed woven chairs and woven baskets on the wall. Mandolin music with a duet of broken hearted men. A poster for Boxing Bitches. All twenty four stations are empty. “Business is 80% down. The propaganda is keeping tourists away” says the waiter pulling me in with promises of vegetarian food. Which turns out to be broccoli. The Toyota truck with loudhailer that woke me yesterday passes by. What’s he saying, I ask the waiter. “They want to buy your garbage. This is Greece now.” So much for me hearing “Troika”. I guess we hear what we want.

I spend hours just walking. No map and no plan. A man eats discarded takeaway from a bin. An old woman laden with her life in carrier bags holds a Greek flag under her elbow. A man asleep on a bench. Another crossing himself passing an impeccable church. I’m hot and lost. I recall how I had to compose myself talking to the two women on the metro from the airport only two days ago. Their stories of hungry children and faraway sons. Her talk of revolution. I pass a collection of model shops. I need a drink. There are budgies for sale piled high on the street. Caged animals are always a sad sight. I find myself staring into a mandolin makers shop. Such beautiful instruments. Some not finished, hand carved bowls hanging from the ceiling. A shared shopfront with antique electronics equipment. I remember my friend a mandolin player who took his own life a month ago. The rage I feel for this. For all of this. I find myself crying in a deserted street. Crying for the silence. Stupid old git. I jump a cab quick back, switch off at the fuse box and shower clean. Then sleep away the headache.

Early evening I get talking to a Nigerian fella.

“This place is 100% the worse place to be in Europe. In Germany once you have papers they teach you the language and you can get work. In England there is work. I have family there, I know. Here in Greece the life of a black man is always looking over your shoulder. Police at every crossroads. If you have papers no difference. They take you to the police station for four, five hours. Four hours to check papers. Every other day.” His papers do not allow him to leave Greece. There is no work for black men. He airs grievances until we settle into a few moments silence on the bench. We talk families before turning to politics. He welcomes Tsipras for saying Greece’s problems are not the foreigners. He welcomes that the children of immigrants are now made citizens.

We go to the anarchist social centre. We exchange stories over a beer and some grub. He hasn’t seen his family for seven years. I haven’t seen mine for two. He is incredulous at the rents in London. Aren’t we all mate. Aren’t we all.