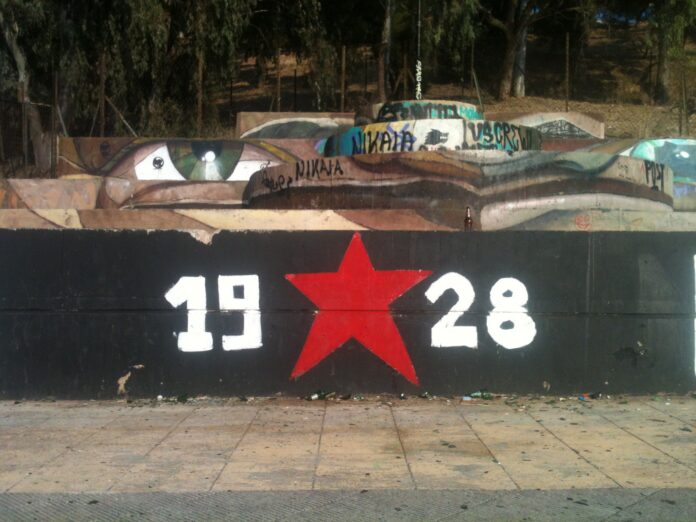 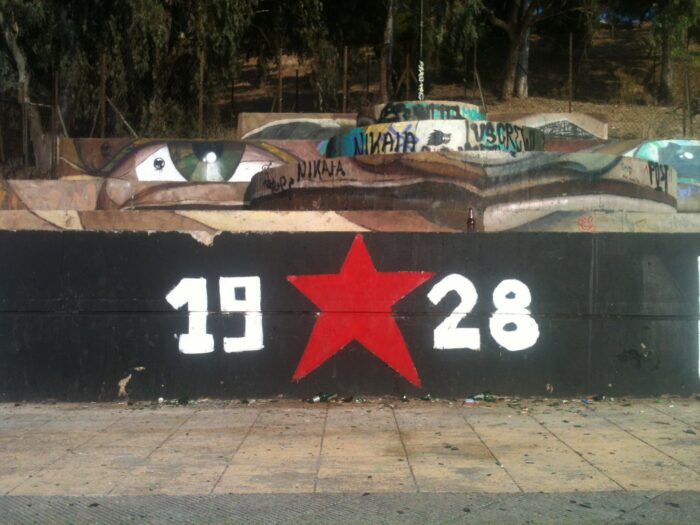 Greece : Making Sense Of Self Castrating Prey : daily report from our man in Athens

Portaloos have appeared at the end of my road and the old man’s cafe has two females in, one under fifty. It’s the weekend. A fruit and veg market has sprung up in the area.

I walk through the market, through the smell of olive, and find two activists handing out leaflets, “This is a new phase now. We were all full of pride after the referendum. It was amazing. Incredible. And now this. The Syriza Government desert the people. It is truly shocking to us.”

“The reformist vs revolutionary argument is very real here in Greece now. It is not a hypothetical argument any more. I have friends who have been supporting reform. But this changes everything. The penny has dropped. Reformism cannot work. This is clear to many now.”

“There will be strikes. The ship workers union, previously a big supporter of Syriza, yesterday called for a strike. There will be more.”

I ask why he thinks Syriza has done the deal.

He shrugs “hunters hunt beavers. When the beaver sees there is no hope they will cut off their own testicles. Syriza are reformists. They have nothing else to do. So they lay down.”

I bump into a young couple from a group I spoke with a few days ago. Far from revolutionaries, I ask them what they think of the memorandum.

“I don’t know. This is our last chance. I am suspicious. Before Syriza made promises they do not keep. Around the minimum wage. For sure they are closer to the people than the others. Much better than the former Government but I don’t know.”

“Grexit may have been a catastrophe but now the suffering just comes slower. With Grexit we suffer for 10 years, now we suffer forever.”

Such disbelief and confusion are expressed by most.

Early evening I head down to the local Syriza office. There is a table of food, drink and rolling tobacco pouches. Ten people, most female, all middle aged are having a lively old debate. Che Cheveura is on the wall. An old TV of rolling news in the corner.

One woman talks to me as the others continue their barney in Greek. She paints the memorandum as an improvement on previous proposals: it’s a development fund not a loan. The interest rate is favourable. The people did not vote for Grexit.

I say the people voted to not accept this deal.

“I am embarrassed. But really I want this government to survive. To not leave the situation to the right. We are not ready for Grexit. Maybe that is a mistake but we thought the EU would negotiate in good faith. All the money is gone abroad. Many of us have no bank account. I don’t. I have a few hundred Euros at home. Russia and China did not help. We are more useful to them in the Eurozone. This is very bad. Now we wait for the Eurogroup to decide. Perhaps they will reject us. If this happens then I believe we should call an election for leaving. Things will move on for better or worse. I can see a Grexit within the year.”