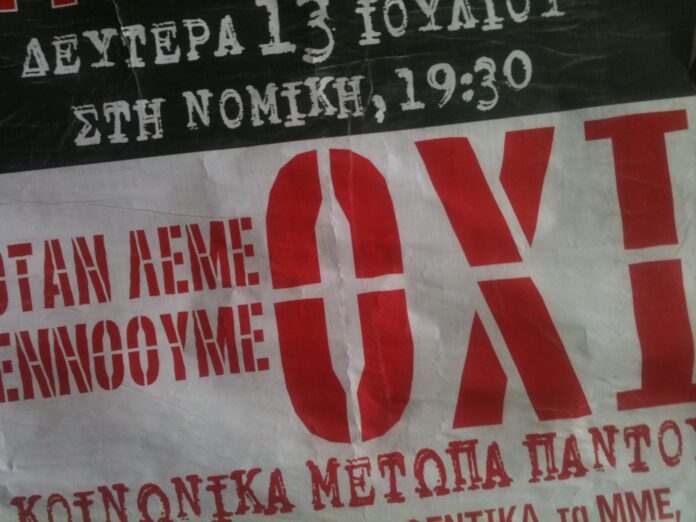 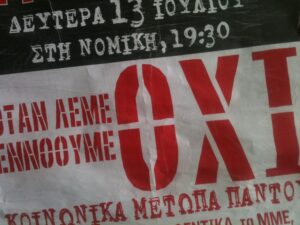 Greece : Hashtag Revolutionaries For Corbyn My Arse : daily report from our man in Athens

I arrive at the Acropolis shortly after it opens at 8am and still there are queues. Yesterday I texted a Greek friend in London asking his recommendation for my tourist day. Unsurprisingly he said the Acropolis, “treading the same steps as Plato and Socrates”. Fair enough. Not that I know much about either of them except they more or less invented maths, philosophy, logic and loads of other stuff that shapes us all. I resist the temptation to search this. Sometimes google is not the answer.

I get talking to two locals outside the Acropolis. One tells me how the Spartan 300 held back the Persians because of the benefits of sulphur bathing. The other, an electronics engineer, has an invention to sell “2, 4, 8, 16 bits OK. My CPU is 3, 9, 27, 81 bits. Much faster.” I gladly donate a few Euros to his development fund.

The metro is still free. There are beggars working the train to the airport. A priest, long gray hair and beard, black tunic skirt and fez, stares at the wall map, resolutely ignoring the beggar trying to attract his pity. A child, maybe six, with an accordion pleads “please” wide eyed in front of us wealthy flyers. There is a row going on in the next carriage. “It’s about the crisis of course” I am told.

On the plane a fella tells his kids to shut up because “I say so”. He snaps at his missus and buries his head in a car magazine advertising machines that kill more than war. Everyone scoffs a dinner of strong smelling meat. Disposable plates, disposable cups, disposable spoons. One man behind yaks relentlessly, a banal commentary of the bleeding obvious, at those who cannot escape. We fly into a down of clouds over London. The familiar lights of the South Bank franchises startle me as I cross Hungerford bridge.

Syriza spent five months negotiating in good faith with the murderous elites of the Troika but the bankers said no. All the capital has left the country. There is no plan B, no preparations for Grexit. I wish it were otherwise but it seems Syriza have been right royally screwed by the triangle of oligarchs, their political elite and their media. Even the most loyal Syriza supporter can now only offer the claim that the other parties are worse. One observed “Tsipras lives in Brussels now”.

The capitulation of Syriza is shocking. It seems there really is no negotiating with the extremist bull headed monsters, the plutocrats and their functionaries, in the current corrupted political framework. If a country against the wall, a Government with a clear mandate, cannot extract anything except vengeance from the golden triangle of hate what chance the UK of anything except more Labour party bile. Hashtag revolutionaries for Corbyn my arse. Perhaps it is time reformists need to be a little more imaginative. A little more bold. The climate is changing. Perhaps the only solution is revolution.