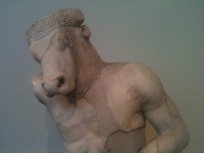 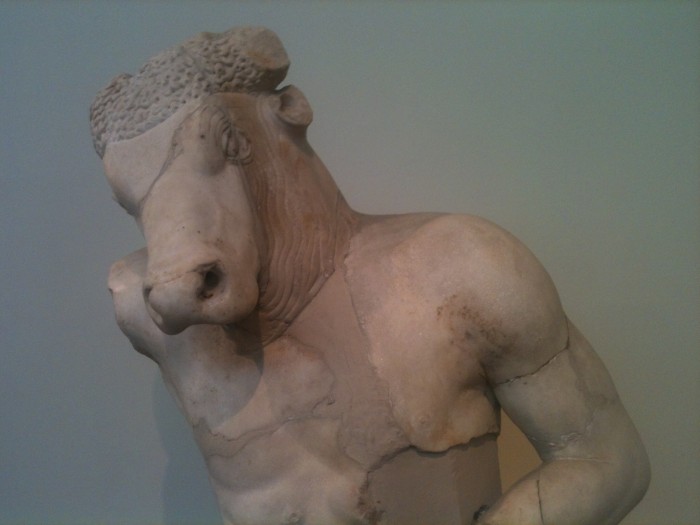 I read Liz Kendall does not want to emulate the “extremist” Syriza. What a hell hole these pieces of work inhabit. Claiming the centre ground on an extremist TV channel. Kendall’s pro austerity mumbo jumbo is extreme to everyone outside of the golden triangle of political elites, oligarchs and media.

Kendall went to school with at least two now Tory politicians (how many parliamentarians went to your school?). Her father was a senior banker. From Cambridge she worked for a think tank (i.e. a jumped up PR company). She then joined the party and has wormed her way up since. Kendall exemplifies the political elite. There’s some big fat golden links there, directly connecting Kendall to all three corners of the triangle.

This old cynic with anarchist tendencies thinks do not vote. But if you must, don’t vote for Kendall. She’s a fraud, a lying monster guarding the labyrinth, eating children the priest class sacrifices for patronage. She’s clearly one of them.

So I’m in the Archeological Museum staring at the bust of a minotaur. I can’t do festivals. The sensory overload shuts down judgement and everything racketblurs into one. I can focus on less. Same in shops, galleries and museums. Today I’m drawn to some neolithic female figurines and the mighty monstrous minotaur.

According to several workers I chat with the museum has only seen a small decline in visitors since the imminent collapse of Greece has been blaring across the golden triangle’s global airwaves. “Maybe some but not much” said one attendant. “the tourists who come here have money. They are on tours. They come by coach off the cruise ships.”

Before the museum I accidentally walked into the old Polytechnic adjacent. Largely abandoned the grand buildings with rows of massive columns are overgrown with vegetation and painted graffiti. It was here the 1973 rebellion started that led to the ousting of the Junta.

The text aside the figurines said neolithic women were “an object of wonder”. A neolithic male figure, the “thinker”, is a “robust man looking upwards with manly bearing”. Anyone want to guess the gender of the text writer? The neolithic counter revolution, when men first claimed land, beast and woman as his to own, echoes on in museum texts. And tonnes of other ways. Social division, money and perpetual war. I’m no expert but it makes sort of sense to me.

Out of the museum I wonder downtownish. Central Athens is not so big that a few days blindly wandering can get you acquainted. The homeless, the unemployed, the immigrants are everywhere and I only don’t mention them every sentence to spare you the pain. Sitting to lunch a small old woman, gray hair in a black dress with flowers, approaches me and says quietly “a little money if you want”. I nod say yes Madam and hand over a few Euros. The English couple sat behind me, moments before bad mouthing a Greek neighbour over a holiday home land dispute, dismissed her, no, a non-contact slap with the back of his hand. The waiters look away. I scowled and left.

A weird red whelt on my upper left arm ingrains caution towards the sun. I have learned the habit of walking on the shaded side of the narrow streets, darting across exposed tracks. While crossing a car park something unexpectedly changed and all was cooled. Was the blue sky caving in? I looked up to see one small cloud temporarily holding back the heat. I thought of London, my love and my dog.

I saw a bank with non-tourist queues at two machines. And another agitated queue held back by security at the door. One woman could not get cash and berated the security. Still fresh from my world exclusive scoop yesterday I got all over excited. Would old Tales and Louder Than War really be breaking the news of the Greek bank collapse to the world? Unfortunately not. Well unfortunate for me eying another scoop. As if I was a professional journalist. I felt shame for my brief disappointment that these people had not been thrown into deeper turmoil. What a world we inhabit. Money made from misery everywhere.

I spoke to the queues. Yes capital control is a nuisance. Yes some people want more than their daily allowance. Yes there are queues because everyone has to go every day. But still, everyone is getting their cash. Look! And yes the machines were dispensing. One man tutted at me. “I’m a teacher” I said weakly and left.

Late afternoon I headed to Syntagma Square. The Greek Parliament was to begin the process of ratifying the agreement with the EU.

There were already young people keenly handing out leaflets, card posters on cheap wood stuck in their backpacks. What does it say? I ask. “We say no. No to another memorandum.” After talking to him for a few minutes he learned I am from London. “You must know our sister organisation” he says. “The SWP” we say together.

I talked to four trots, from at least two possibly more groups, in a row. One young woman said “let’s not argue about Spain 1936 today”. Another said “All our leaders are in London now for a conference”. One trot fella and I did have a good conversation about Syriza. Each time I happily self identified as an anarchist. They were few and typically unthreatening.

Unlike the communists. Whose arrival in their thousands, an approaching roar echoing around ever louder, was impressive. They were very far from few and not unthreatening at all. As they marched around the Square the Grande Bretange hotel pulled shutters down. The communists chanted en mass and took up position in front of the parliament building. They were of all ages. They looked working class to the bone. They did not yield to the obviously well heeled returning from shopping. Tightly packed they moved as coordinated. Their flanks guarded by lines of big blokes, clubs in hand and a motorbike helmet under arm. Fucking hell. Putting aside they may well kill me come their revolution, I have to admit it was exhilarating to be amongst them. I have never experienced such bold, powerful class solidarity.

All the disparate radical left there were united in opposing the EU agreement. “The people voted no and days later the Government says yes. This Government is no different to any other.”

One anarcho-syndilacist said “Tsipras is a fool. He really believed the EU would be reasonable. That they would respect the democratic will of the Greek people. Now he knows it is no such thing. He has no idea what to do. He maybe wanted the referendum to vote yes. The pressure he must feel. The weight of the worlds capitalist oppression bearing on him. He is only human.”

I was told “They will vote yes tonight but that is not the end. The EU may yet reject this. The civil service have already agreed to strike. We will go to our workplaces and organise.”

Parliamentarians in their suits stood on the balcony looking down at the radical left shouting. I was told several times that Tsipras is unwell. He has been in hospital. He is having panic attacks. In London smug corrupt politicians, extremists, sell their souls for a pass into the private clubs of the wealthy. They are the unharried monsters guarding the Labyrinth.

I walked home via Exarcheia Square. A crowd was watching a young punk pop band play. I have no idea what they sang about and did not care to ask. They had a lighting rig, a big PA and roadies. They had equipment not affordable to rebels. Paid for by rich parents or a record company. Old homeless men stood surrounded by kids dressed in black. I know who I identified with. I had a headache and went home.