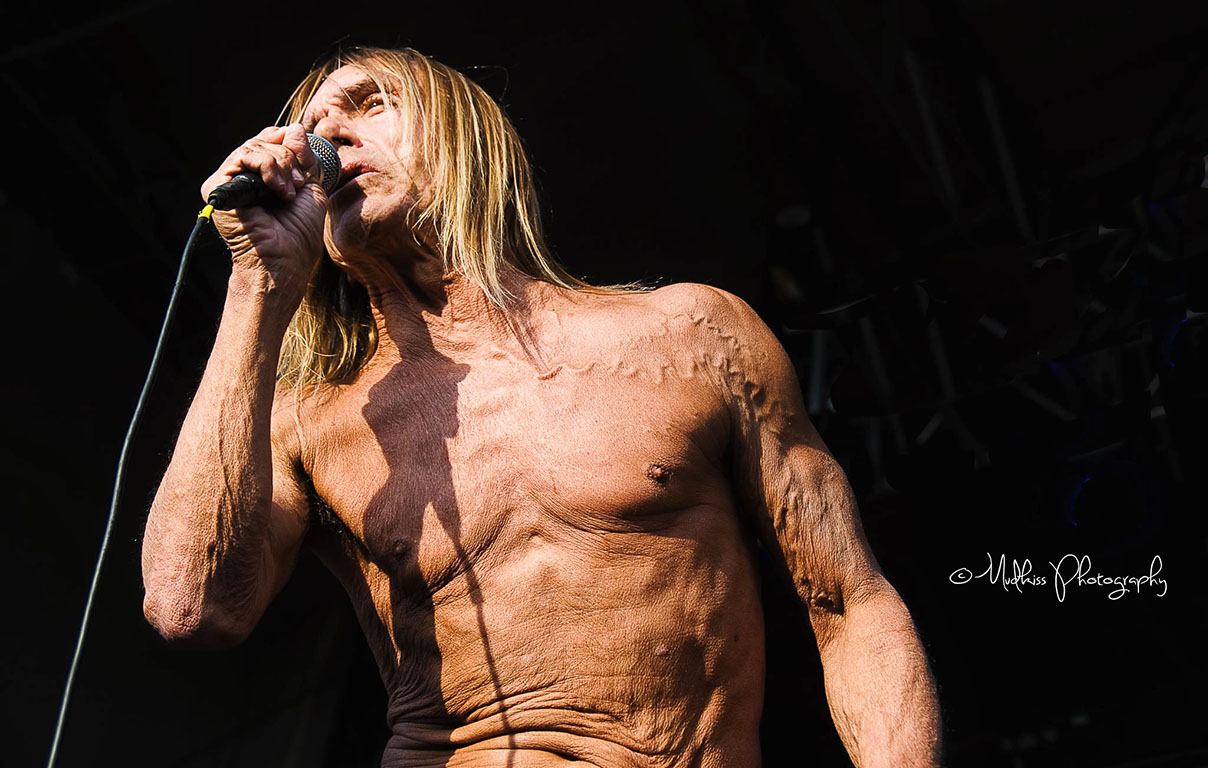 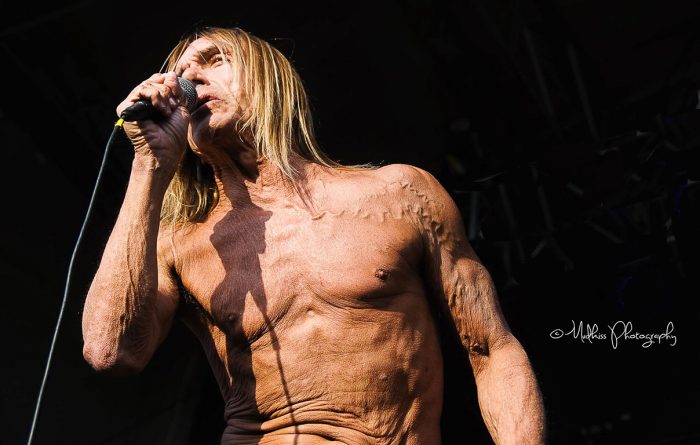 “Can we turn the fucking lights on in this dump?”.

‘Post-Pop Depression’ is by some distance Iggy’s best record since the Bowie produced one-two punch of ‘the Idiot’ and ‘Lust for Life’, and tonight’s set is comprised virtually entirely of these three records – a clear line in the sand from what Pop achieved in Berlin with Bowie and the late career masterpiece of the Homme collaboration. 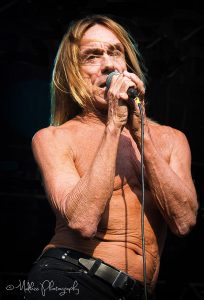 It’s the title track of ‘Lust for Life’ that begins proceedings tonight – a song most artists would kill to have as an encore – and the crashing, amphetamine Tamla Motown drums herald Iggy’s arrival onstage. A fast-motion miracle of kenetic energy and demented exhibitionism, to witness Iggy tonight is to witness a tour-de-force. If he isn’t singing, he’s hurling himself into the audience, or parading up the aisles of the hall, or getting intimate with the stage floor.

Fittingly, there is no Stooges on tonight’s set – it’s gratifying to hear the intoxicating art-funk of ‘Sister Midnight’ reflected back at itself in ‘Post-Pop Depression’ tracks like the shimmering ‘Gardenia’ (an indignant Iggy deadpanning lines about ‘America’s greatest poet ogling you all night’). ‘China Girl’, aired early, is flawless and has never sounded better than this muscular yet faithful interpretation by Homme and co.

And on a stage brimming with A-list musicians, there is tonight zero ego – the hall belongs to Iggy. Likewise, the redemptive and unsettling ‘Paraguay’ confirms a maxim that our own John Robb is fond of repeating about Iggy – that, mainly, it takes a bloody lot of intelligence to play that dumb.

And indeed tonight, amidst primal howls of “let the fucking people free! Let the mother-fucking hall free!”, there’s a considered speech about William Burroughs, and a curious interlude about Pop’s tortured mid-thirties, and watching friends fall by the wayside. It’s the absent friends tonight that lend a real poignancy to proceedings – to be sure, ‘Post-Pop Depression’ would have soared regardless, but to have arrived in the wake of Bowie’s still not quite believable death added extra weight to what was anyway a self-referential and often introspective record. David gone, Lou gone; Iggy was always singular but never quite so singular, quite so special, as tonight. The self-confessed world’s forgotten boy is now the last man standing.

Of the eight tracks on Berlin-era ‘the Idiot’, a staggering six are aired tonight, including an impassioned, call to arms airing of ‘Funtime’ and a slow-sizzling ‘Mass Production’. ‘Nightclubbing’ – still so evocative of the woozy decadence of that city.- is one of the set’s real highlights, Pop and Homme looking every bit the am-dram production of ‘Cabaret’ as the former croons on a bar stool and the latter smokes a cigarette (indoors!), pouting. After ‘Break Into Your Heart’ – the most obviously QOTSA infused track on the new record – Iggy descends into the audience and returns five minutes later, having delighted every section of the Albert Hall, with a pair of women’s knickers dangling from his waistband.

Topless, of course, and with an energy that screams pure defiance of his own loose and ageing flesh, Iggy makes art of exhibitionism with a startling exuberance that, as he understands before the rest of us twig on, becomes very quickly infectious. “That felt intimate” jibes Iggy before the final song, ‘Success’ – its call and response refrain sounding almost choral and revelatory in these surroundings. I’ve surely been to better gigs, but ask me to think of one and I can’t – tonight is a bona-fide belter and as Pop’s only UK date, feels a real event. In his autobiography, Morrissey wrote of Iggy “ask a boy from Michigan to be Elgar; he can’t. Ask a boy from Michigan to be Iggy; he can’t”. Making shadow puppets with his hands on the backdrop minutes after the rest of the band have left the stage, it’s hard not to conclude – yep, we will never see his like again.