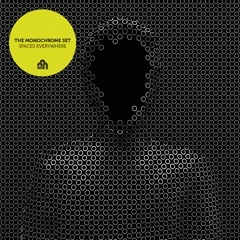 New album from the Monochrome Set!

Spaces Everywhere is out soon

Apparently the music is cheerful. The lyrics, however, deal with death, decay, change … no wonder we are rather popular with the undead,” says singer, guitarist and songwriter Bid of the new THE MONOCHROME SET album “Spaces Everywhere”. A very particular humor. And a very unique sound: Although this time banjos, Hammond organ, female backing vocals and even flutes can be heard on the new album, experts and laymen alike will recognize: This is THE MONOCHROME SET. Undistorted, nervous guitars, like the soundtrack to a Nouvelle Vague film … but one featuring Michael Caine, Louis de Funès and Belmondo (directed by Andy Warhol).

Peculiarly timeless, it is a sound that can not be categorized. Although rooted in the 1950s and 60s (the guitar sound, for example, is a hybrid of Duane Eddy and Sterling Morrison), it still feels oddly modern. Then there is Bid’s voice, which this time is more reminiscent of the great American crooners than of Lou Reed. Bid wrote most of the songs in May and June of 2014. Perhaps the band’s popularity among the undead will diminish upon hearing the springtime air that can thus be detected in this music?

Nevertheless – like virtually every album by THE MONOCHROME SET – this album, which was recorded in Brixton in London, has the potential to become a classic, the potential to be a hit. While music historians and critics continue to grapple with the baffling reasons why this band has never attained major success, the in-crowd has always known what they have in THE MONOCHROME SET. Time and again, the story is repeated of how Johnny Marr found a single by the band in Morrissey’s record collection and decided it might not be a bad idea to start a band with the somewhat eccentric singer.

The influence of THE MONOCHROME SET on bands like Felt, Franz Ferdinand, Belle and Sebastian or the Strokes can hardly be ignored.

Fun fact: Even in Germany, which has always been the dark side of the moon when it comes to pop culture, there was a band in the early 1980s that was heavily influenced by THE MONOCHROME SET. This happens to be Die Zimmermänner. And like every band that has borrowed more or less from Bid, Lester Square, Andy Warren and Steve Brummel (see the list above), they happen to be pretty good. So it’s nice to know that Timo Blunck of Die Zimmermänner mixed the ten new songs in Hamburg.

With “Spaces Everywhere” THE MONOCHROME SET present an album that will become a modern classic like “Eligible Bachelors” or “Strange Boutique”.

At the very least, the in-crowd will make their way to the record shops on 16 March 2015. And where is the best place to listen to the album? Bid: “In a deconsecrated church, without a mirror.” There he goes again.