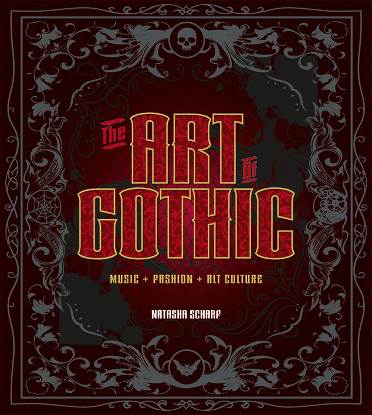 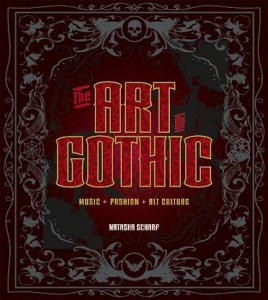 THE ART OF GOTHIC

The Art of Gothic lifts the coffin lid on the seemingly endless appeal of the gothic aesthetic, with its followers dressed from head to toe in black, often sporting extreme makeup. This unique coffee table book, delivered on Halloween, covers all aspects of Gothic culture.

The Art of Gothic is the first fully illustrated book to explore the aesthetics of this fascinating subcultural style across all genres and in expert detail by Gothic author Natasha Scharf. Featuring more than 400 of the finest examples of gothic art, The Art of Gothic is an open invitation to observe and embrace the reader’s darker side.

Gothic art inspired the creators of horror films like The Lost Boys and The Crow as well as the contemporary macabre of Pan’s Labyrinth and the acclaimed thriller The Girl With The Dragon Tattoo. From furniture store Ikea’s gothic castle chandeliers to the retro-futurism of the Steampunk movement, gothic is no longer reserved for misunderstood teens with a penchant for discordant music.

From the staccato post-punk of Siouxsie and the Banshees and the dark rock of The Sisters of Mercy, through to the macabre industrial metal of Marilyn Manson and the funereal

emotional pop of My Chemical Romance, the gothic subculture was first born through music and continues to adapt in order to survive.

Natasha Scharf takes us on this journey from its very beginnings, through the underground, all the way through to the commercial Gothic art of Emily the Strange and the modern Gothic of 2014.

Natasha Scharf is a music and alt culture journalist who specialises in the gothic subculture. She founded and edited Meltdown in 1999, which became the UK’s best-selling magazine for goths, and has contributed to Metal Hammer and Classic Rock magazines as well as presenting radio and TV shows. Natasha is internationally recognised for her expertise on all things gothic.