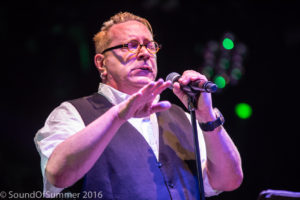 There’s tons more stuff in the interview too – he talks about his relationships with his old Pistol bandmates, politics, the meaning behind songs like Bodies & Rise, going to Jamaica and how Malcolm McLaren sent a video crew after him to try and capture some dirt, the British media, all sorts of stuff.

“The start of a great many problems with record labels was when the accounting department started to dictate the flow. In them very early days, the first year at Virgin was hilarious and fantastic and everyone was your friend – and they really were. But then their jobs were on the line and the purse strings were being tightened and the manipulation would start to creep in. And you’d see it in their faces; they wanted to tell you something that they weren’t allowed to. So friendships tended to dissipate. But not all. To this day, I’ve still got friends that worked there then. Some of them even became managers years later.”

“The problems I had with Richard Branson at the time was he wanted me to have a band that sounded like the Pistols part two. No no no. No. I’d moved on from then. And I wanted to respect the skills of my new found friends.”

“Public Image started out as a band of friends. We’d all known each other for a long time and we were all learning all over again. And it was very interesting and exciting. But the record company intrigue involved in it just shattered our aspirations of friendship. It divided us. We were all listening to different agendas and I was trying to tell my fellow band members, “Don’t listen to that. That’s what they do. That’s what happened with the Pistols.” And lo and behold things fell apart.”

“For endless years I had to keep changing members; never through choice. Never ever. I just had to accept that they were going to continuously listen to that nonsense and it would all just keep on unfolding. So I learnt to smile in the face of adversity, to quote Shakespeare. And I think I did alright. I still managed to keep the threads of it together. But it came to a point where the debt became overwhelming, so for nearly two decades I couldn’t function in the wonderful world of music, which is the only thing I thought I was ever any good at.”

“So I went into nature programs, starting with I’m A Celebrity, which I rejected for two years running. I raised an awful lot of money on that, but I never used one penny – all straight to charity thank you. I could’ve done with the cash and reformed PIL at that point, but to me I viewed that as dirty money. So I moved on from that and then all these TV companies started to be interested in the way Mr. Rotten is really alright with nature. That surprised them as much me I’ve gotta tell you.”

“After a few years I raised enough money to buy my way out somewhat of them deals and start my own label, PIL Official. Since then we’ve recorded two albums with the same people, we don’t squabble, there’s no animosity, we respect each other, and we’re finding a rich vein of ideology in our hearts and souls. It’s fantastic, and we’re looking forward to making a third album. Three in a row, no drama – that can’t really be coincidental.”