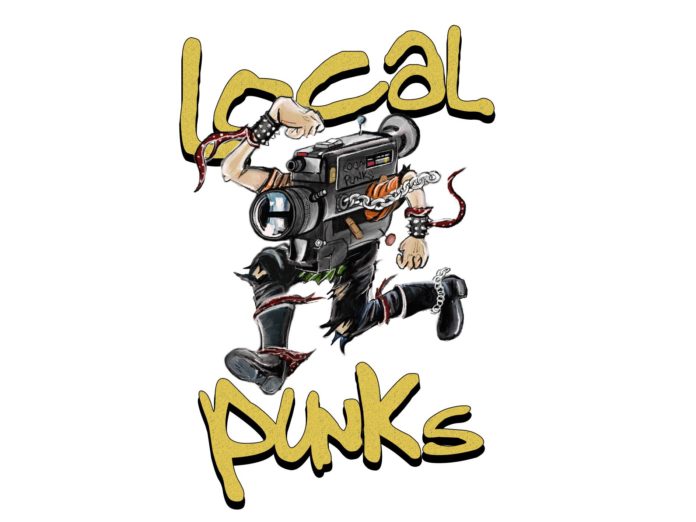 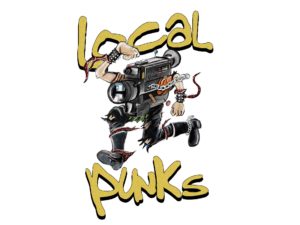 The whole thing about homegrown D-I-Y ‘local punk scenes’ is that everyone finds a role.  If you can’t sing or play, you can be a poet, a photographer, fanzine writer, do art for t-shirts or posters, or in the case of 24 year old Rory Greener, you can become a video documentary maker.

I first came across his work when he made a film about Portsmouth punks 5 Go Mad which captured their lunacy, attitude and music before the death of their figurehead Brian Barnett. It is all the more poignant now of course and shows the importance of documenting bands like this.

Rorys style is a mix of fly on the wall, performance and interview footage but gives the bands a chance to talk about their music, ambitions, and place in the wonderful world of punk. No commentary, no agenda, it’s a labour of love – and his way of helping promote the scene and the bands.

Announcing the You-Tube premiere of the video online today he said:

In this film we interview the bands Big Joanie, Rats Nest and Sinful Maggie (with a cameo by The Babes) as part of a “collection” presenting the wealth of different Punk bands we have in the UK, with an interview with Arturo Bassick (The Lurkers, 999) presenting his time in the Punk scene.

This film took a while coming, some of this footage dates back to 2018, I wanted to do something new with my Local Punks: Documentary Series – I wanted to make a film that felt less like a promo and more cinematic and exploratory.

(The bands) weren’t approached with an overall question, but I feel this video shows the hard work and the passion put into the scene by the bands.

It’s a great documentary – as are the others in the series – but the idea of mixing up different kinds of band is a good one – to show the breadth of styles in ‘punk’ nowadays.

Oh, and the war of words between the two different factions of The Lurkers (Arturo’s band and the Stride/Esso/Moore band) will be probably be reignited.  Not that Art says anything he wouldn’t say to Pete’s face I imagine.   Time to bury the hatchet, life’s too short.

A great documentary with an interesting variety of voices given a platform.  Vive the Local Punks.

Lawrence of Belgravia : film about Laurence from Felt : a...