Home Blogs great book and exhibition : From Where I Am – photos... 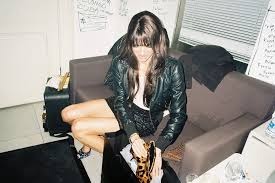 great book and exhibition : From Where I Am – photos of indie bands that played Istanbul between 2004-2014 taken by aylin gungor.

She is having a exhibition of this book at ATP’s pop up store, the Terminal, which is across Rough Trade East.

Istanbul based Turkish photographer Aylin Güngör’s first London ATP exhibition ‘From Where I Am’ is an intimate look at touring bands that have passed through Istanbul between 2004 – 2014. Also published as a book, the exhibition focuses on bands hanging out, spending time, having fun, playing live in the massive city of Istanbul. The exhibition and the book includes names such as Kurt Vile, TV On The Radio, Grouper, Scout Niblett, John Maus, Mick Harvey, Moon Duo, Hype Williams, Omar Souleyman, Caribou, Josephine Foster and many more…

The book will also be available in store during the exhibition. Born in 1980 in Iskenderun/Turkey, Aylin Güngör is a Istanbul based publisher, designer and photographer. She has been in exhibitions in Berlin (Neurotitan), Stockholm (Fargfabriken), Portland (Northern), Rotterdam (Bridges To Fashion) and in Istanbul (Play, Kasa Galeri, Bilsar). Her photos have made the front or inner covers of bands like Esmerine, Rangda, Portecho, TuneYards and Brazzaville. She has shot press photos for bands such as A Hawk And A Hacksaw, Moon Duo, Alcalica, Black Dice, Radio Dept. and many other Turkish bands. Aylin Güngör’s first book From Where I Am released in 2014, is a collection of her photos of touring bands that have been to Istanbul between 2004 – 2014. The photos capture intimate and casual moments of the bands hanging out in the city. The book includes names like Dan Deacon, Kurt Vile, Caribou, Mick Harvey, Josephine Foster, Omar Souleyman, Hype Williams, Tuneyards, Grouper, John Maus, TV On The Radio, Gang Gang Dance and many more.

Aylin Güngör is also the founder and publisher of Istanbul based music, movie and art magazine Bant, published since 2004.