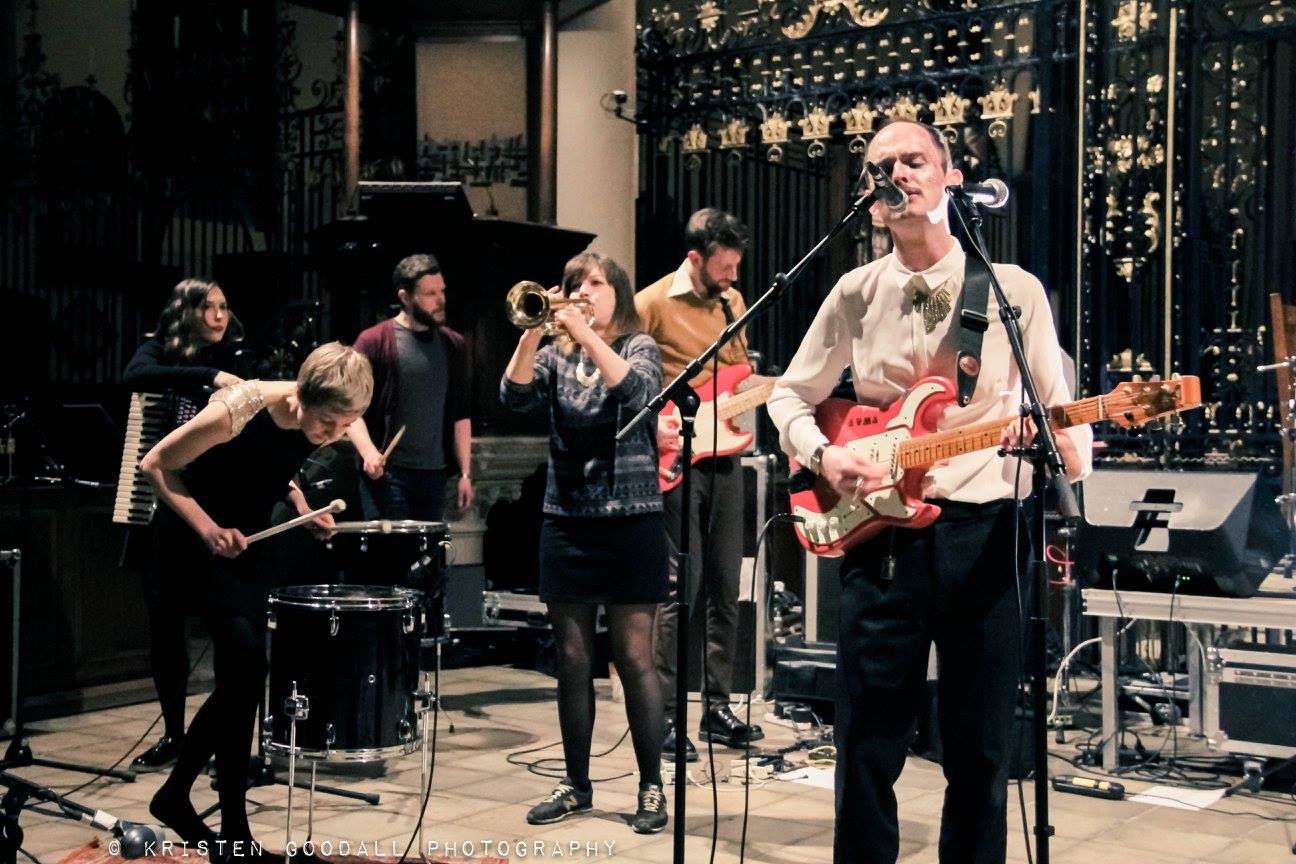 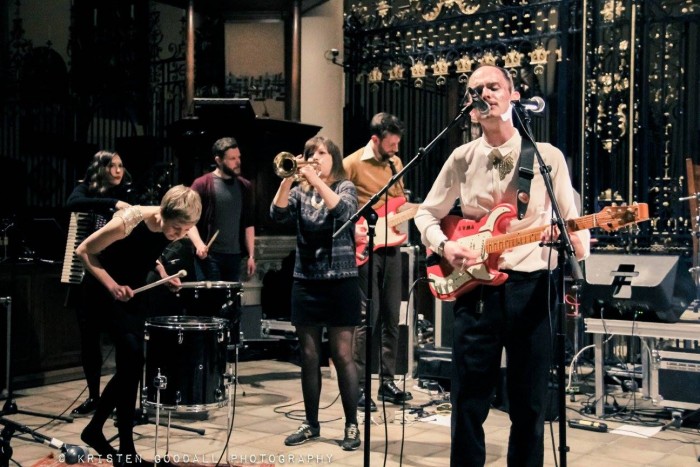 As part of a preview for new album Aye, Grawl!x set up in the Cathedral for the night and played a phenomenal set with support from Haiku Salut and Richard J. Birkin. Sarah Lay reports.

It’s been a long time since I’ve openly wept at a gig but tonight as around me pews creaked and the lights of cars passing outside swept across the shadowy arches above us Richard J. Birkin looped his voice into a one-man choir, I was moved to tears.

Ahead of his album Vigils being released next month he was opening tonight’s very special show in Derby Cathedral. Moving around the instruments set in front of the ornate ironwork screen, he is alone in a pool of light.

In this capacious edifice we sit in reverence as that spotlight casts the shadow of the guitar large above the pipes of the organ. With rapt attention we listen, quietly contemplating as minimalist and modern compositions are pulled forth from the grand piano and then hauntingly beautiful loops of guitar and voice resonate through the space, through each of us, giving sound to those things which we must all feel within. 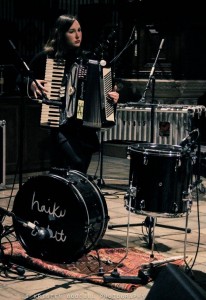 We file back into the pews for Haiku Salut, their performance as much ballet as band. An assemblage of instruments spreads across the stage area and the congregation are livelier now, shimmying in their seats as analogue and electronic come together to surround us in sound.

The band weave around each other smiling as the music rises into the high ceiling, the percussion clipped  and mellower sounds echoing out into the space.

There is applause, there are whoops and cheers as each track closes out. There is no need for words here, the communication is all in the music as we hear tracks from both albums, even the machine sounds warm on this winter night. There is a triumph within each note and through the whole performance, as Haiku Salut put their own building block into this astounding show.

A show which culminates with a set from Grawl!x. Originally this was the launch show for second album Aye but with a delayed release it became a preview, giving us a taster of what is to come and a reminder of last year’s debut Good Grief.

This is dream pop done in a way that is delicate yet forceful too. It is precise in delivery but beautifully organic in the flow between instruments, the layering of melody. It is crystalline clear yet satisfyingly fuzzy; the sound caramelised and stretching between the notes.

The alter-ego of James Machin he fronts his live band, self-consciously apologising for being no good at talking but thanking everyone for coming. He throws his head back as he arcs his voice up to the high ceiling, watching his own shadow play across the austere vault above.  From the deep, satisfying thud of the drums to the birdsong played in this is an explicit display of music as magic; that from nothing this luscious something can be conjured.

And that something fills this space, the sound rushing round, honing itself to a point that strikes right through the chest. It makes your insiders shiver with the sense of it, it raises the hairs on the back of your neck. This is more than something that is heard, it is music that is felt.

The performance ends with Haiku Salut and Richard J. Birkin joining Grawl!x; every instrument sounded together in celebration, in exultation.

Some of the detail is lost in the expanse but the sense of it is not. The standing ovation is well deserved and yet doesn’t quite convey exactly how magnificent each of these artists, and this night, has been.

Grawl!x’ new album Aye is due out soon. You can find the band on Facebook and Twitter.

All words by Sarah Lay. Find her on Twitter or read her other words about music on Louder Than War here.

All images by Kristen Goodall.