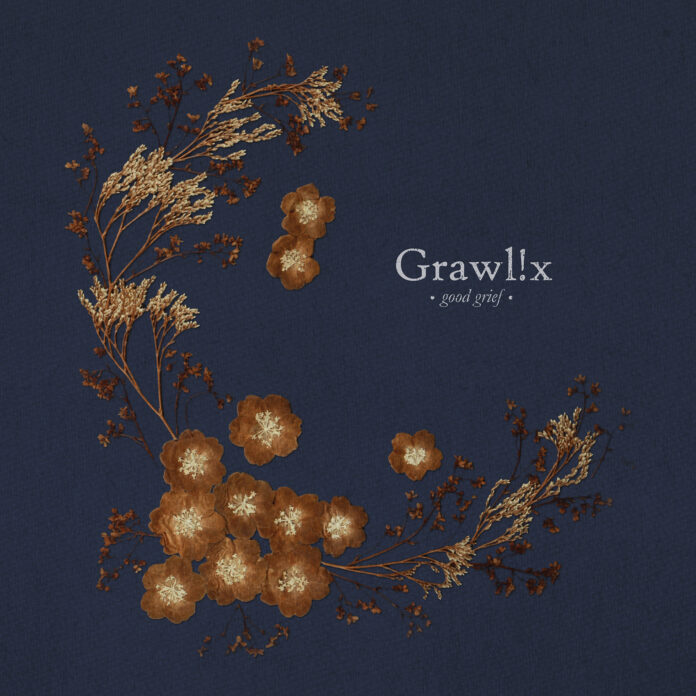 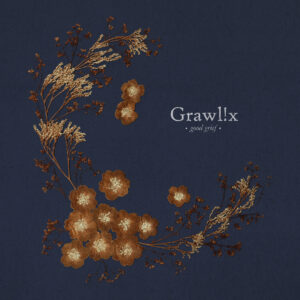 The debut album from songwriter James Machin (previously of the fabulous My Psychoanalyst) in his guise as Grawlix is a beautiful collection of dreamy electronic indie and glacial instrumental pop. Features editor Sarah Lay reviews.

It was only a few weeks ago, back in early December 2014, that we bought Grawl!x to your attention with a New Band of the Day feature as lead single Run Forever was released. We described it then as “sharp, frosty ambient indie that is thawed by the addition of warm vocal harmonies” and that sets the scene as debut long player Good Grief lands.

Beginning with a piano and strings instrumental, Butterflies, the album opens with a delicate track, full of twinkly flourishes that do rather bring to mind fragile wings fluttering, prettied colours spread to bask in the summer sun. It’s an elegant and warm opening to a rather beautiful record.

From here we head into current single Atlas Bear where the man behind Grawl!x, James Machin, brings in some of his shoe gaze heritage as hazy vocals are strung over sparse piano, the melody almost fading away before building in substance and volume. The track peaks as the vocals strengthen, dreamy pop giving itself up momentarily to harsher discord.

But for every shadow that passes over the album there is a juxtaposed moment of lightness, incandescent ascents of the keys. The component parts are cold but gentle becoming warmer and of stronger substance as they are brought together. Machin has a keen skill here, that he doesn’t need to over-work a track but rather has the confidence to let the space have has much impact as the sound.

I Don’t Know What To Tell You adds electronic beats and crackles to the mix, lifting the melancholia which runs below much of the album.

The album heads into its second half with first single Run Forever. Crystalline melodies and glowing harmonies (here provided by members of Haiku Salut), as we said in December: “halos of light bringing hope to the darkness of the track.” This balance is vital – it allows the songs, and the album overall, an emotional resonance without pitching you distractedly between extremes of euphoria and despair.

The latter tracks on the album have darker qualities and more often layers up to bring depth and detail which reveals itself further on repeated listens. Lonely Fools and Crazy Horses starts a million miles from where it finishes, coming from scant guitar lines and eventually soaring with chanted gang vocals full of echo.

Album closer Bumps keeps that strength, the piano punctuation over the whispers of guitar and shimmery percussion, a lullaby. But the Grawl!x isn’t done with you yet and swoops and dives between layers and emptiness, fragility and fortitude before the lid is closed on this box of delights.

Dream pop should sound this way: beautiful, assured, intriguing and resonant. With Good Grief Grawl!x succeeds in this, creating an album combining sparse but twinkling instrumentals and dark opaque vocals. We stand by our advice – this is an artist you need to keep an ear on: if the start of this journey is as good as this, who knows what delights are still to come.

You can find Grawlix on Bandcamp, Twitter and Facebook. Good Grief is released on 14 February and single Atlas Bear is out now.

Grawlix plays a number of live dates to support the album release:

All words by Sarah Lay. You can also find Sarah on Twitter and read more from her on Louder Than War.