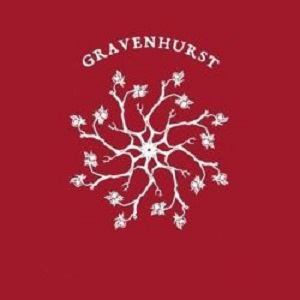 Nick Talbot is unquestionably a talented man. The musicianship on these three Gravenhurst recordings is second to none and his musical colleagues in the band accompany him perfectly. Gravenhurst delight with a rendezvous akin to a meeting point between Simon & Garfunkel and Nick Drake, and are incredibly easy on the ear.

In many ways, that’s about it. The three albums forming part of the package vary little in terms of sound and direction. Flashlight Seasons and Black Holes In The Sand, both released in 2004, are pleasant often dreamlike affairs, and will undoubtedly have an audience that reveres them as the best thing since Warburton’s Toastie loaves. Where the slight mystery occurs is in the question of whether there are new fans out there. Possibly, one would have thought.

At its time of release, Flashlight Seasons hailed Talbot as a major force in British songwriters and producers giving Gravenhurst critical acclaim by the bucket load which was sadly, not repeated by commercial success. A six-track EP followed later the same year (curiously containing a track of the same name as the previous album) and whilst it purported to be an insight into a new direction it really wasn’t. The style of atmospheric, acoustic shoegaze carried on.

This new set also contains an album of lost and unheard recordings. Offerings again repeats the pattern, and whilst the pattern is nice it’s often hard to differentiate between tracks. It’s a peculiar juxtaposition as the music is calming and often quite beautiful, but also sometimes fails to make any track leave any sort of lasting impression.

Make no mistake, the 26 tracks here are of indubitable quality and serve to confirm that Talbot has a rare and absorbing talent. Sometimes though, just sometimes you wish that the volume and pace would be given a gentle awakening prod.