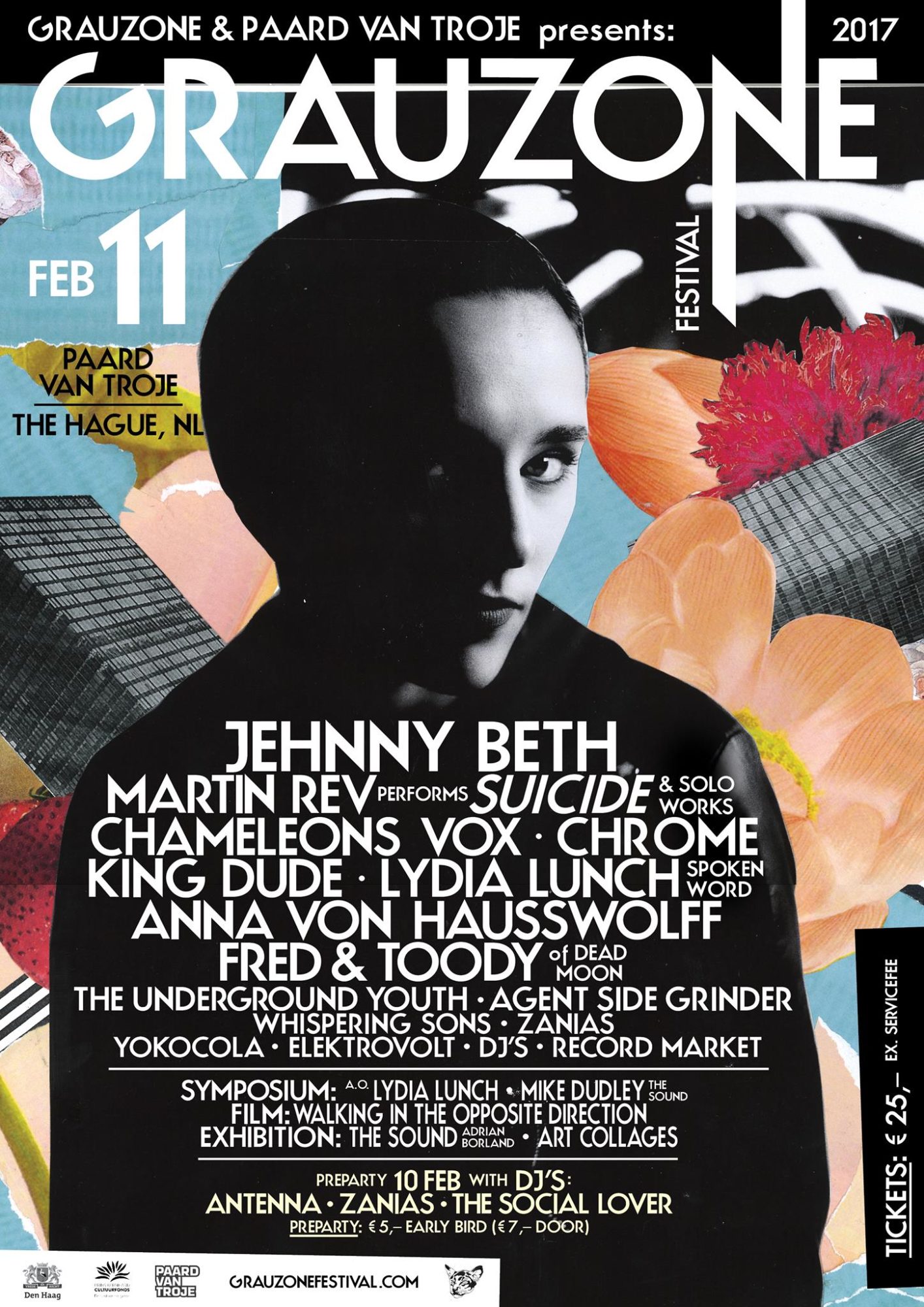 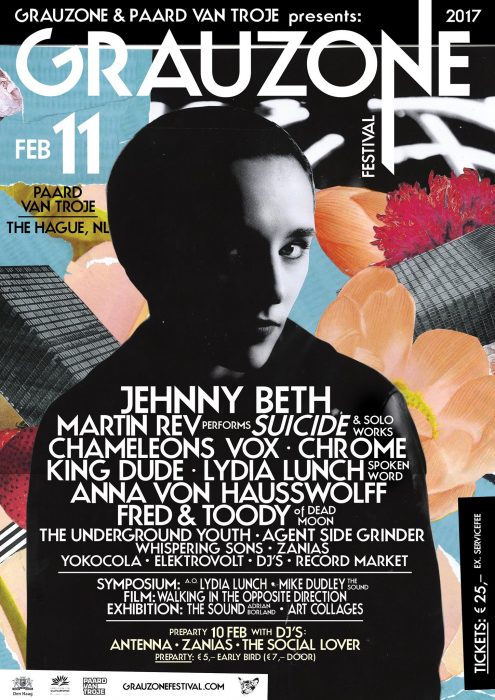 Widely considered one of the most powerful women in modern rock, Jehnny Beth has been performing as front woman of her band, Savages. For this world premiere Jehnny Beth will perform solo at the piano in an intimate setting, debuting new, solo songs and offering another perspective on familiar songs

New wave/post-punk legend and former singer/bassist of The Chameleons Mark Burgess returns, after their performance on Grauzone 2013, again with his band Chameleons Vox and will play a special ”best of” set.

Swedish ”queen of darkness” Anna von Hausswolff is an internationally celebrated musician, and her music speaks a language of its very own. Her sound is huge and crushingly beautiful – as it is dark as the night and embraces everything that defines gothic.

Seattle’s singer-songwriter King Dude creates dark spiritual gothic folk, influenced by country, blues, gospel, wave, metal & acoustic guitars that worship evil in a macabre atmosphere. He collaborated with like minded artists as Chelsea Wolfe and was the highlight at fests like Incubate and Roadburn

No Wave/Post-punk legend, singer, writer, poet and actress Lydia Lunch will give an exclusive spoken word performance at Grauzone. She’s known for her intense performances and collaborated with artists like Nick Cave, Sonic Youth and Michael Gira/Swans.

One of the most spectacular Dutch underground bands is Yokocola with front woman Sidhi Achmat. Their psychedelic postpunk recalls Siouxsie meets Hawkwind. From The Hague there’ll exiting analog electronic sounds by Elektrovolt.

At the pre-party, Rotterdam producer and DJ Sasha Renkas, also known as Antenna, will play an exiting wave set. DJ ‘The Social Lover” plays a mix of wave, synthpop and italo. Guest DJ is Zanias, known from bands like Linea Aspera and Keluar.

Besides music there’s also films, a symposium and an exhibition. One of the guests will be Mike Dudley, former drummer of post punk legends The Sound. After the exclusive screening of ”Walking In The opposite Direction” (a movie about The Sound & singer Adrian Borland) he’ll be interviewed. There will also be an exclusive exhibition about The Sound/Adrian Borland feat original guitars, handwritten lyrics, etc. There will also be an exhibition of collages from young upcoming artists.