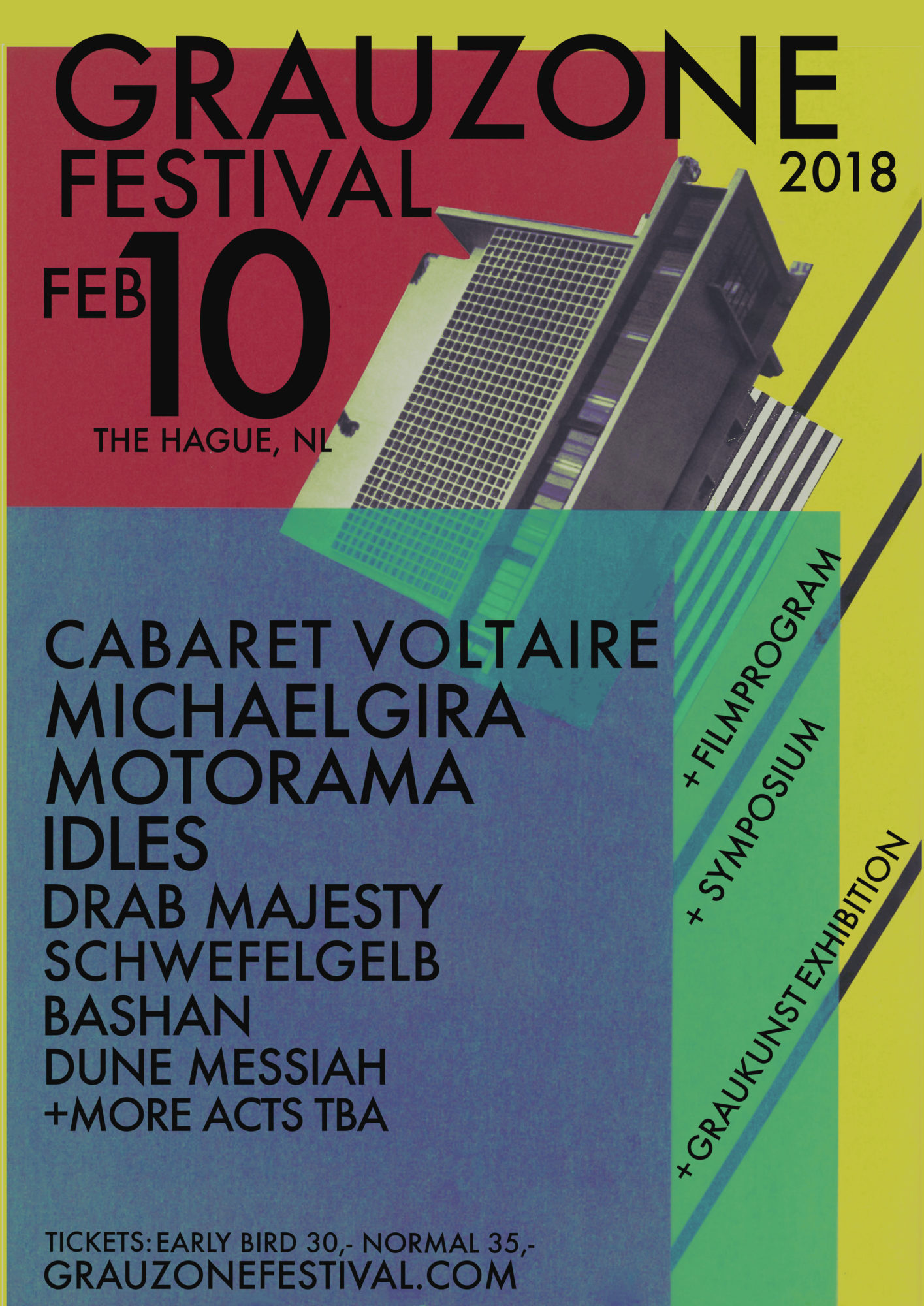 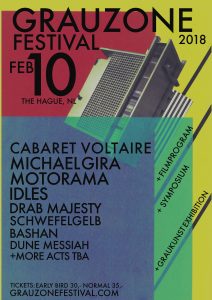 Grauzone Festival is perhaps the best darkwave/postpunk event on the circuit.

Based in Holland it always has a great bill.

The festival takes place at February 10 2018 for the 5th time and for the second time at Paard, Prins 27 and The Grey Space in The Hague.  Grauzone also features a symposium, film program, an exhibition, record fair and pre and afterparty.

Michael Gira is the legendary frontman and mastermind behind the iconic experimental post punk/post rock SWANS. Gira is the creator of some of the most intense, darkly poetic music ever to emerge from the States. At Grauzone Gira will perform an intimate acoustic show.

Angry (post)punk five-piece Idles from Bristol are one of the most exciting British bands right now. Their 2017 debut album ”Brutalism” is named as one of the best albums of the year by BBC Radio and many others. IDLES are known for their intense live shows and always play like their lives depend on it!

Bashan is the solo project of Savages guitarist Gemma Thomson. In October 2017 Thomson released her first EP.  She experiments with guitar sounds, soundscapes and creates a droney dark sound.

Berlin duo Schwefelgelb (ex Linea Aspera/Keluar) mix body music with techno. This year they released a new record that is going viral all over the world and played by dj’s like Helena Hauff, Front 242 and Silent Servant. Drab Majesty is a dark wave duo from Los Angeles mixing dreamy post-punk, wave and synthy sounds. Danish neo-folk trio Dune Messiah (ex Woken Trees) brings you in their world of neo-folk, dreamy songs with sharp guitar riffs. They are influenced by Leonard Cohen, Nick Cave, Current93 and Death in June.