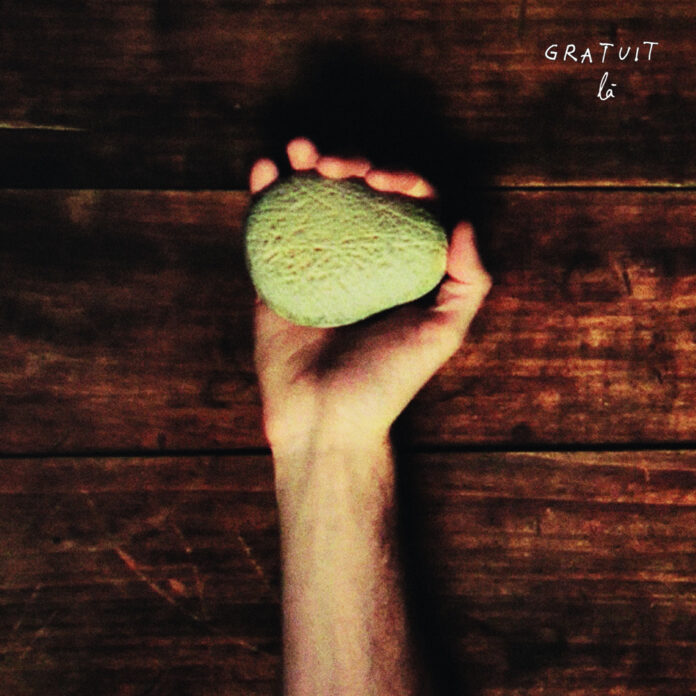 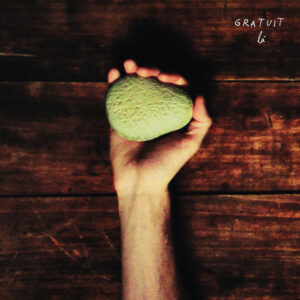 Gratuit is Antoine Bellanger who, his label’s website tells us, “tunes his pessimistic thoughts to his analogue keyboards.”  His latest release has just come out on niche Nantes label Kythibong, which is where Mark Whitby’s review starts.

I always start worrying when there’s a gap between releases on Kythibong. Should the Nantes, France-based label ever cease operations it would leave such a monumental hole in my life that, while it wouldn’t exactly be like losing a limb, would at least amount to a significant part of my world no longer being where it used to be.

Fortunately, so far they’ve always returned and, invariably, it’s been with something so shockingly good the wait was more than a reasonable price to pay. Now in their fourteenth year, the label’s newest release – a joint affair with Ego Twister – delivers a combination of the reassuringly new and the devastatingly different that remains very much Kythibong’s hallmark. La by Gratuit is frankly another masterpiece from a label that has become associated with such words on a bewilderingly regular basis.

Gratuit is, to all intents and purposes, Antoine Bellanger and his dark yet playful musical visions come to life largely through keyboards and his enigmatically pronounced lyrics, though the additional violins of of Carla Pallone add a further sumptuous dimension to the album’s soundscapes. The sparse eloquence of those keyboards is a major element in the album’s appeal, overlaid with a synthesised orchestral backdrop for gems like ‘Les Autres’, or the shouted-word vocals of ‘Je Crie’. The mammoth ‘Attendre’, meanwhile, takes us off in an entirely different direction, offering urgency that stands in stark contrast to much of what precedes it. It’s a release of depth and variety that, much like the label’s 2014 releases from Piano Chat and Chausse-Trappe, builds a familiar zone around you only for something enigmatic and shocking to leap almost out of nowhere.

Above all else, La continues Kythibong’s extraordinary ear for unearthing talents that match the eccentric and the almost classical, the obtuse and the strangely tuneful. Get it now on vinyl or CD from store.kythibong.org.

The album can be bought on Bandcamp.