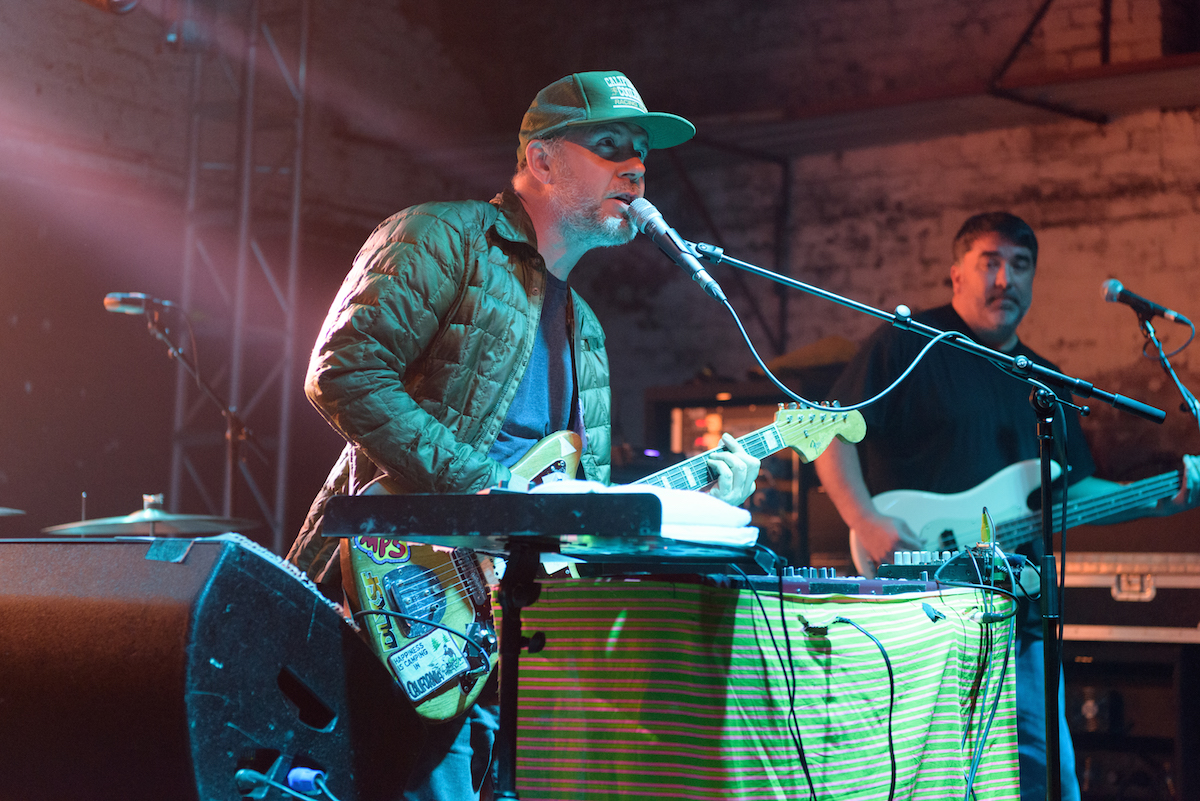 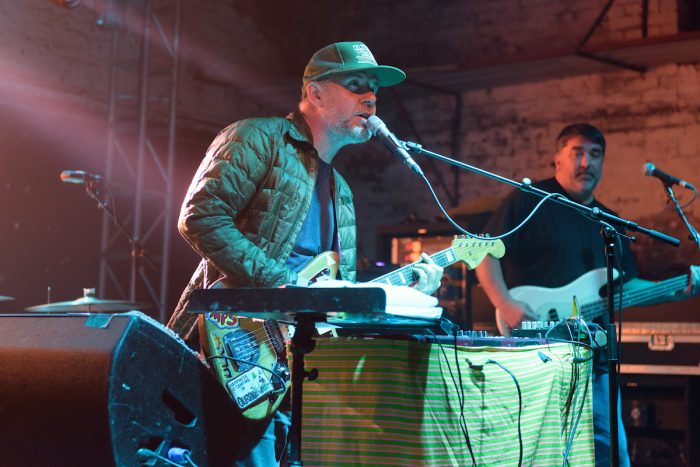 Tonight sees Jason Lytle celebrating his birthday with a crowd of adoring fans in Newcastle, as Grandaddy thrill them all with songs new and old.

They’ve long been cited as a huge influence to so many, Grandaddy finally made their return last month with the acclaimed Last Place. Which sees the band back at the top of their game after a lengthy hiatus, packed with forlorn jams set to their signature style it’s already a contender for album of the year. Tonight they’ve brought with them Dutch songstress Amber Arcades.

With her blissed out grooves and delicate vocals her brand of shimmering indie pop starts the night off on a relaxed note, her sweet tones filling the room as it fills to almost bursting point. A sea of heads nod along to the beautiful tracks, there’s a real innocence in Amber Arcades music with heartfelt tracks like Fading Lines emanating throughout the cavernous warehouse.

Amber Arcades sickly sweet and innocent indie pop provides a wonderfully soothing opening, which is soon to be shattered by Grandaddy. As Lytle and the band take to the stage they’re greeted by a heaving crowd of adoring fans, following a brief rendition of Under The Western Freeway. They erupt into Hewlett’s Daughter much to the crowd’s enjoyment, there’s an exceptionally jubilant mood throughout the venue.

One which is shared by the band, as Lytle announces that today just happens to be his birthday the crowd respond in kind with a rapturous rendition of Happy Birthday. Grandaddy’s set is particularly wide ranging this evening taking in much of their extensive back catalogue, The Crystal Lake is an obvious crowd favourite as it incites a huge crowd sing along.

Similarly, though El Camino’s In The West and Disconnecty are greeted with equal fervour, for a Sunday evening there is a real party atmosphere. Their new tracks are greeted with equal excitement, particularly Evermore which is laden with hooks and is sure to become an instant classic. As they close out their main set in exceptional style with Now It’s On the crowd lift the roof.

With the band having no choice but to return for an encore, during which they treat us to a brilliant rendition of The Boat Is In The Barn, followed by the rather apt Summer Here Kids. It caps off an incredible set, Grandaddy prove on Last Place that they’re still a force to be reckoned with. With the new tracks shining over and above even some of the bands classics, making for a truly wonderful evening.