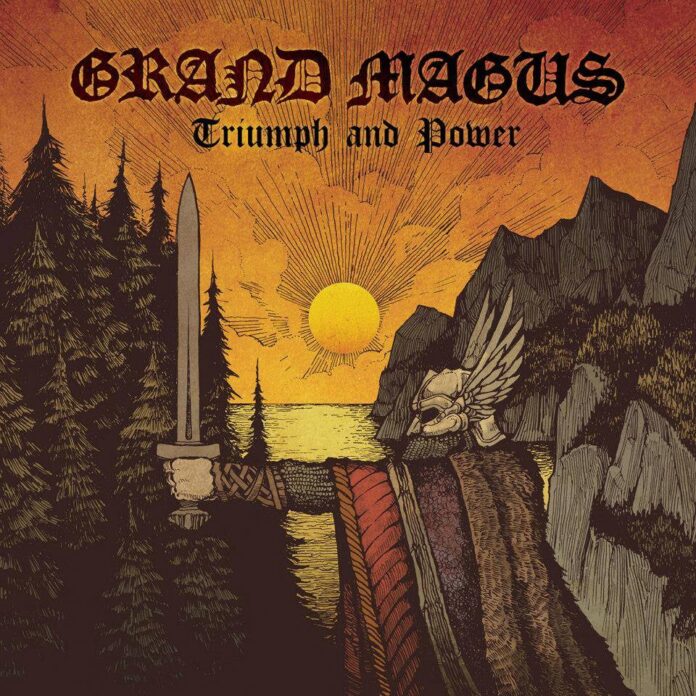 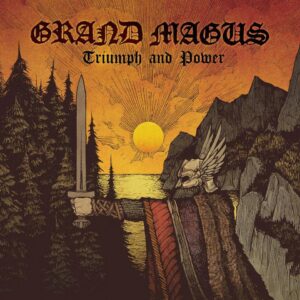 Grand Magus are veterans of the metal industry, however it is only over more recent years that their star has begun to shine. Louder Than War’s Dom Walsh reviews.

Grand Magus are veterans of the metal industry, however it is only over more recent years that their star has begun to shine. Their brand of battle-infused heavy metal is a fresh take on a formula perfected by legends such as Judas Priest and Dio. Triumph & Power is the follow up to 2011’s The Hunt, and this album seeks to hone the formula of that album to create another quality slab of heavy metal.

Over the course of a near twenty year career, the Grand Magus have moved from a more doomier approach to their sound to an emphatic, heavy metal sound. If you were to look up what the genre heavy metal meant in the book of metal genre’, heavy metal should just say Grand Magus. The whole of Triumph and Power is a master class in crushing riffs, soaring solos, and vocals that are exactly how a heavy metal singer should sound. They are gritty and utterly masculine throughout.

A minute and a half introduction of cracking thunder and horses riding is offset by an acoustic guitar and trickling rain. As the guitars crash in to enrich the mood, it shows that for Grand Magus, such an opening is par for the course. It signals the start of an epic journey. On Hooves of Gold progresses at a great pace and like many of the tracks here, makes you want to raise your fist in unison with your fellow warriors. Steel Versus Steel has a glorious and exultant chorus that chugs along, again sounding very tribal.

Third track, Fight, opens with doomier tendencies, which hark back to the bands earlier material. Once the intro subsides, the track settles into a more swift affair which as the lyrics suggests, conquers and devours. The solo work towards the end of the track allows the track some superb freedom that will see many an air guitar plucked. The title track of the album (see below) is one of the heaviest on the album. A blasting opening gives way to a musically bass led verse that is sung in an extremely sinister way by Christofferson.

Dominator segues in seamlessly from the title track and smacks of classic Judas Priest. The bass again rumbles in the background, shaking the foundations of the song. An acoustic interlude, in the form of Arv, follows. After the pace of the opening half of the album, Arv applies the brakes momentarily before Holmgang’s vocal harmony opening bursts out with a slower tempo with the cymbals crashing. As the album moves into its closing stages, The Naked And The Dead bristles with energy and is a real head banger of a track. Another interlude, Ymer, leads into the closing track, The Hammer Will Bite. The closer is another celebration of emphatic metal. The album closes uses similar acoustic motifs that were used in the opening of the album.

In a metal world where sub genre after sub genre continue to be invented, undefined and bickered over, Grand Magus dig in their collective heels and show that straight up heavy metal does the trick every time. Classic heavy metal is a glorious thing and this album will unite the masses of devotees no end.

The band is a superb live proposition, and they are on tour in March, and will be making an appearance at Hammerfest VI.

All words by Dom Walsh. You can read more from Dom at his author’s archive.