Home Books UK Book Reviews Grammar Free in the UK – The Lockdown Letters by D and... 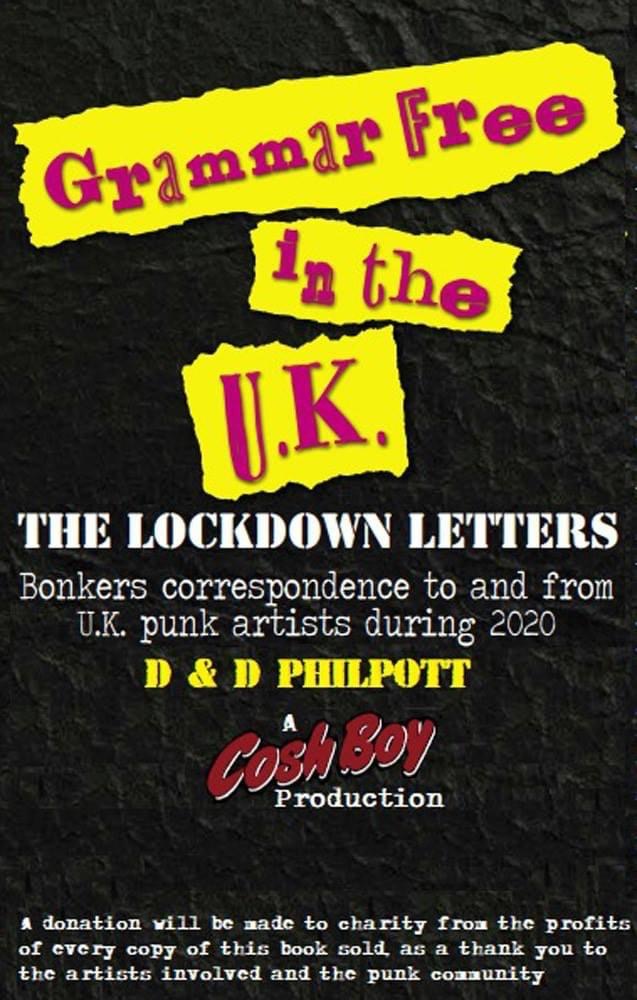 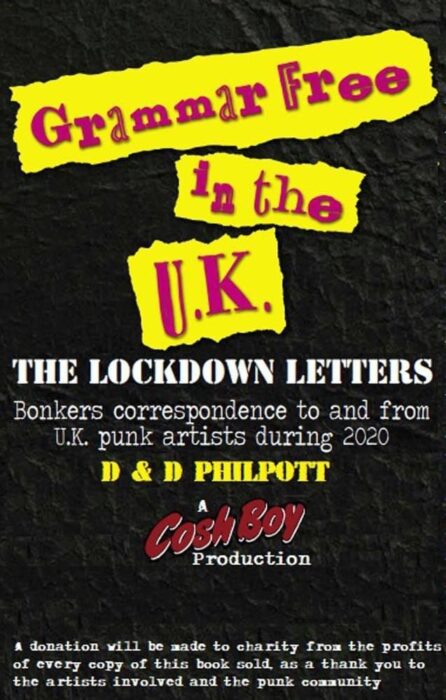 Grammar Free in the UK – The Lockdown Letters’

Grammar Free in the UK – The Lockdown Letters’ is the latest collection of letters written to musicians throughout 2020 by the Philpott’s and their replies.

There are some things in life that are guaranteed, Summer follows Spring; you’ll always lose socks in the washing machine and the latest instalment of letters to/from the Philpotts will have you shaking your head at the questions they’ve penned and laughing at the fabulous responses received. For those unfamiliar with the concept, ‘Team Philpott’ have been on a bonkers crusade, writing “old-fashioned letters to punk, pop and rock stars” since 2008. They pick up on genuine ambiguities within lyrics or often deliberately misunderstanding them for comedic effect.

The letters are eminently publishable in their own right, however, what makes this project especially deserving of attention is that it has achieved a feat never before attempted or probably even thought of, “the artists quite unexpectedly started to reply, writing back in just as witty and articulate a fashion, politely pointing out exactly where the original letter went wrong…or right”.

Unlike previous volumes, 2015’s Dear Mr Kershaw and 2018’s Dear Mr Pop Star, Grammar Free in the UK focuses purely on UK Punk bands and artists; some familiar, some not so. Regardless, the correspondence is always worth reading, I found myself thinking, ‘just one more’, as I turned the page and lost hours as a result, just as if I were watching a box set.

Derek explains, “at the start of Lockdown we started writing letters to UK Punk acts just for fun, with no objective but to share them online to cheer people up. It grew and grew and grew to the point that we had to publish. The material was just too great to not print and, more importantly, we also discovered that a lot of ‘old’ punks don’t ”do” Facebook, hence didn’t have any way to access them”.

Whilst the ‘replies’ may be what attracts readers, you can’t overlook the depth of musical knowledge displayed by Derek and Dave. It’s this and their skilful wordplay, picking out nuances in lyrics, which leads the correspondence and sets up the punchlines for many of the jokes. Without giving away too much away, Derek revealed, “the letters literally take HOURS to put together and are supposed to look dashed off. The joke set-ups are pretty painstaking and the Easter eggs for major fans of the band in question plus titles stitched into the sentences (without the punchlines revealing themselves too quickly) take a lot of doing”.

Many musicians are now familiar with the premise of these volumes and ‘in on the joke’, so a letter from the Philpott’s is practically a badge of honour and the recipients happy to play along. Take Dunstan from Chumbawamba, defending their biggest hit after being questioned if the protagonist of Tubthumping would actually have needed to be knocked down after drinking whiskey, vodka, lager and cider.

Artists such as Angelic Upstarts; The Mekons; The Rezillos; Steve Ignorant; Gang Of Four and Sham 69 are amongst the 66 taking part in this third volume which also includes Louder Than War’s own John Robb, offering an entertaining riposte to an enquiry relating to The Membranes’ Spike Milligan’s Tape Recorder.

Whilst many may look back on 2020 as a year they wrote off, or wasted, never finishing their novel or decorating the spare room, the Philpotts can proudly say ‘we did this’, and for that, we salute them.

Grammar Free in the UK will be initially limited to a print run of 1,000, with a substantial proportion of each copy sold being donated to punk-related charities. 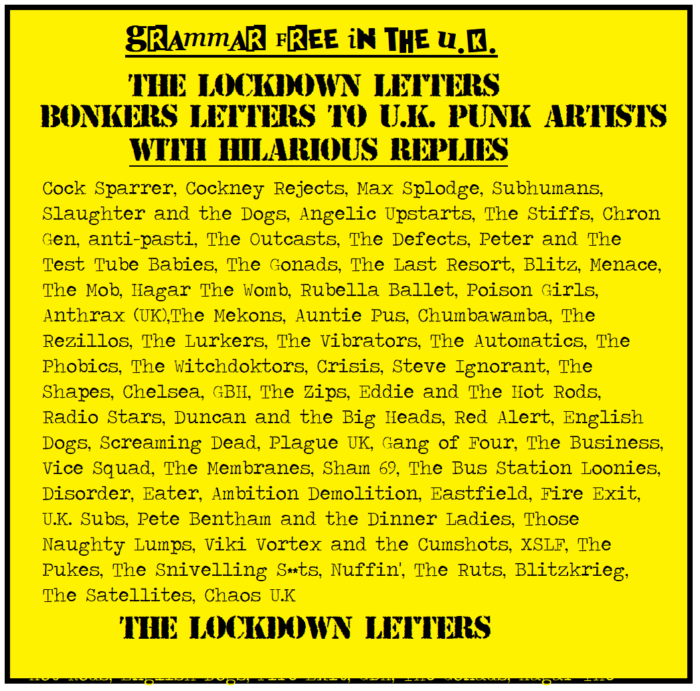