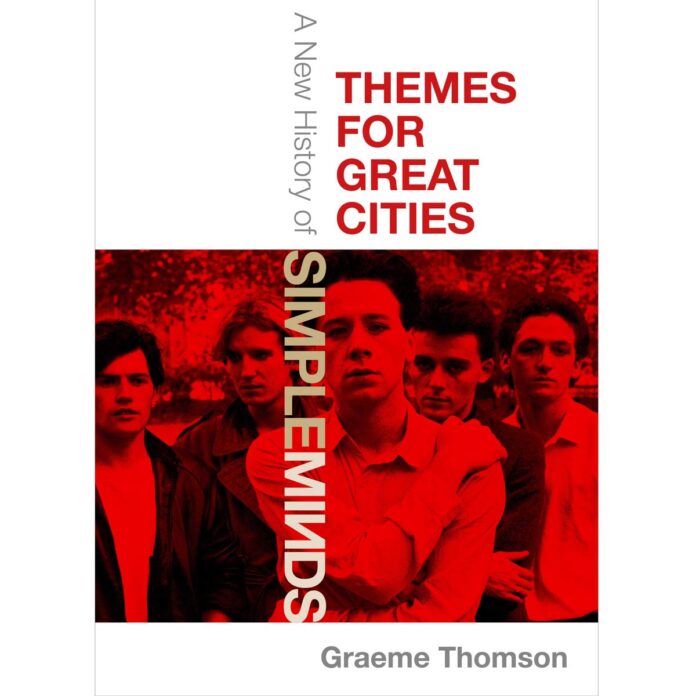 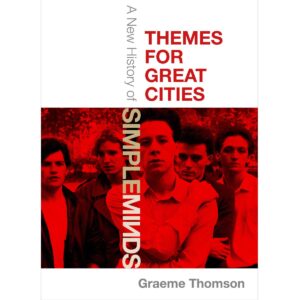 There has been much written about Glasgow’s Simple Minds over the years, but much of that focuses on Don’t You (Forget About Me) and beyond when the band started playing to huge stadiums full of fans. In my opinion, this book tells the far more interesting story of the inception of the band and the early experimental albums that were the root of the band’s sound.

Being from Glasgow, Simple Minds were very much a part of my musical education. My introduction to the band was through buying the 12” of Waterfront with my pocket money, followed by Sparkle in the Rain on its release. This was the gateway drug to the bands back catalogue, starting with New Gold Dream, and working my way back through Sons and Fascination/Sister Feelings Call, Empires & Dance, Reel to Real Cacophony and their debut Life in a Day.

This fascinating voyage of discovery opened my ears to new musical styles I’d never experienced before, widening my music horizons and encouraging me to listen to bands and music I’d never experimented with.

This book enables you to live these experiences vicariously once again. Just the language and descriptions of the songs and music by Graeme Thomson alone is enough to raise the excitement levels. The effort he has put into his elegant prose in describing the bands music has you living every minutiae of the songs. As a fan of these albums already, I couldn’t read this book without digging out my old vinyl and listening as I read. It was like listening with new ears, noticing things I hadn’t before or revisiting melodies, beats and rhythms and reading about the writing and recording inspirations behind them. Utterly inspiring.

I honestly don’t think you need to already be a fan of the band to enjoy Thomson’s writing though. Such is his enthusiasm and writing style, you are drawn in and absorbed in, not only the description of the music, but the development of a group of young men as a band, the internal wrangling and relationships, gigs in Glasgow and beyond, early success in Australia… It is an engrossing read about what is an often misunderstood band. A band who I have been ridiculed for liking in the past as a result of their bombastic stadium period and Jim’s onstage posturing, often by people who had no idea about how extraordinary engaging the band’s back catalogue is and how much they deserved that success.

The book also includes little cameos from the likes of Bobby Gillespie and James Dean Bradfield. I particularly enjoyed the latter’s contribution which reflected a lot of my experiences (well apart from playing guitar and being in a massively successful band…) in loving Big Country and Simple Minds in his youth and working his way back through the bands catalogue and being gobsmacked on first hearing songs like the superbly affecting I Travel and the starkly atmospheric earlier recordings.

This is a must read for Simple Minds fans, but more than that, for any music fan it is an intriguing insight into the machinations of a band from their inception and growth through to their undoubtedly deserved success.