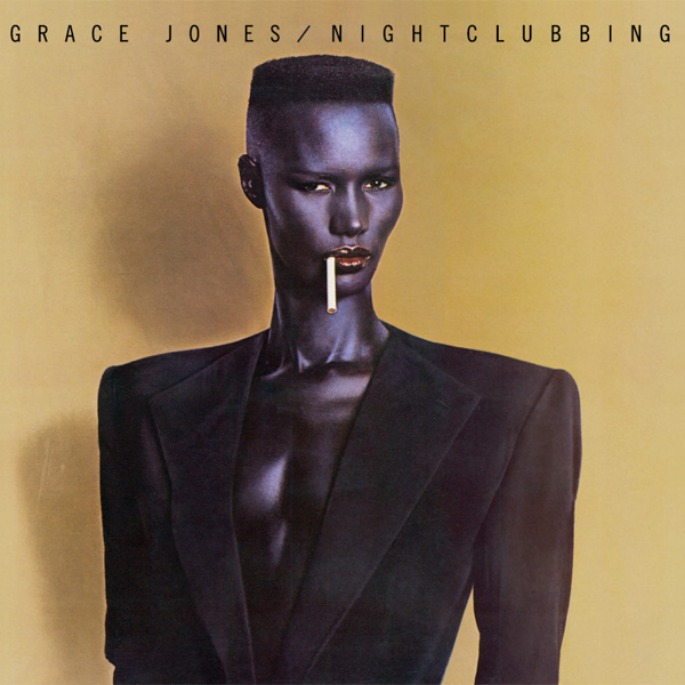 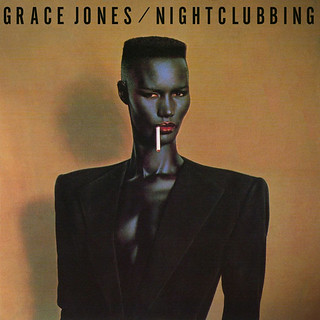 Grace Jones’ fifth studio album, Nightclubbing, was released in May 1981 and with its nine tracks including club and chart smash “Pull Up To The Bumper”, it was an immediate hit, with positive reviews on both sides of the Atlantic. For Louder Than War, Simon Tucker reassesses this seminal album.

Grace Jones’ ‘Nightclubbing’ is an album that has grown more and more in stature since its release in 1981, the mixtures of styles making it a must-listen for artists wanting to push boundaries and be bold in their work. Before you even get to the music you are greeted by one of the most strikingly beautiful covers in modern music (a painted version of a photograph by Jean Paul Goude) with Jones playing with gender stereotypes, lighting a cigarette staring directly at you. The cover dares you to enter but warns you that things may not be as they seem on first glance.

From opener (a cover of Flash & The Pan’s Walking In The Rain) we are introduced into dub rhythms and half sung/ half spoken lyrics, which with  “feels like a woman, looks like a man”  sets Jones’ agenda out instantly. The album continues to twist and turn leaving the listener second guessing throughout as just when you think you you’ve sussed out exactly where the rest of the album is going, Jones throws you a curveball. Whether this is the dub-disco smash of Pull Up To The Bumper or the post punk Demolition Man, Nightclubbing is an album that refuses to be pigeonholed.

One of the strongest points of this album is its choice of cover versions.  Bill Withers ‘Use Me’ shows Jones as a submissive person begging to be wanted by a lover whilst on her cover of Iggy Pop’s Nightclubbing she manages to add more enticing sexuality to what was already a gorgeously louche anthem. In fact, The Idiot (Pop’s Berlin-era masterpiece) is an album that Nightclubbing has most in common with both melding styles and structure to create new, unsettling, yet beautiful music.

The fact that the whole album holds together so well is down to the musicians involved and in particular the rhythm section of Lowell ‘Sly’ Dunbar and Robbie Shakespeare. A strong contender for the best rhythm section in modern music, Sly and Robbie hold everything tight, adding depth and texture whilst letting the others paint angular and unexpected pictures over the top.

The album adds with the beautifully remorseful Done It Again, a song that showcases Jones’ exquisite vocals. A love song that should be remembered with the greats of the genre.

With this reissue you gain even better clarity and flavours and a slew of extras including Jones’ startlingly brilliant cover of Gary Numan/Tubeway Army’s Me! I Disconnect From You. Unlike other reissued albums, the extras offered here are as essential as the album itself with the 12” versions of Demolition Man, Walking In The Rain, and Pull Up The Bumper a must-have for DJ’s.

Nightclubbing deserves it place amongst the greats of modern music, its influence seeping down into many artists working today. It’s an album that can be filed alongside Low, For Your Pleasure, and Here Come The Warm Jets and, like its author, it is an album that is beautiful, bold, strong, vulnerable, sexy, and funny.