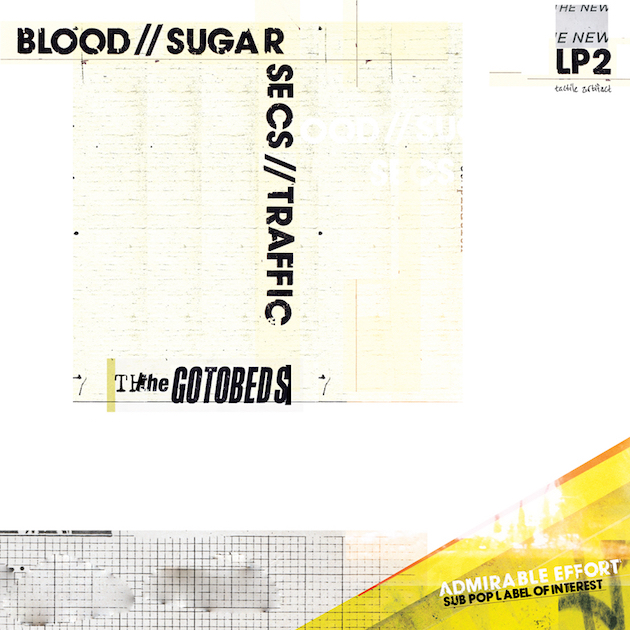 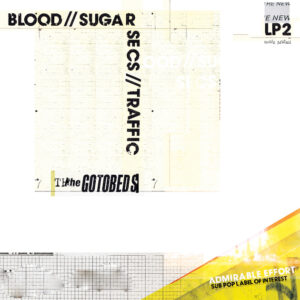 Second LP and first on Sub-Pop, described as “the sonic manifestos of four men deprived of human love and raised on beer and Swell Maps, Mission of Burma, and old Fall records.” who are ” smart, noisy rock with just the right amount of stupid”  according to Protomatyrs Joe Casey.  Cool says Ged Babey.

Named after Wire’s drummer, and with a album title mocking the Red Hot Chilli Peppers, I  liked the sound of the Gotobeds before I’d heard a note.

Then I saw the cover art, which is very Fast Product, so that sealed the deal.

It took a few listens though to get a handle on the band. All the right influences are there for this to be a modern punk-post-punk update and their sense of fun is apparent. The immediacy is in the energy rather than the hooks and tunes.

The shouty-ness of the vocals are a bit annoying, as if, they have to capture the raucousness of a gig – when the studio is, and should be used as a whole diferent environment.But for a new band, from the States, they are a great old-school art-punk band whose only current UK equivalent are Future of The Left or possibly Bristol band Repo Man (who I reviewed here). A lack of catchy choruses and two speeds,-fast and not quite so fast, mean that this is one of those albums best consumed in one-sitting, start to finish.

The twin guitars duel and chase each other in a manner recalling Noise Annoys or the Fire Engines.    A couple of songs sound like the Strokes being awkward and interesting instead of predictable and lame.  This is somehow one of those albums its difficult to explain….   So I’ll leave you to check out the two songs, whilst I , errr ….Go To Bed!