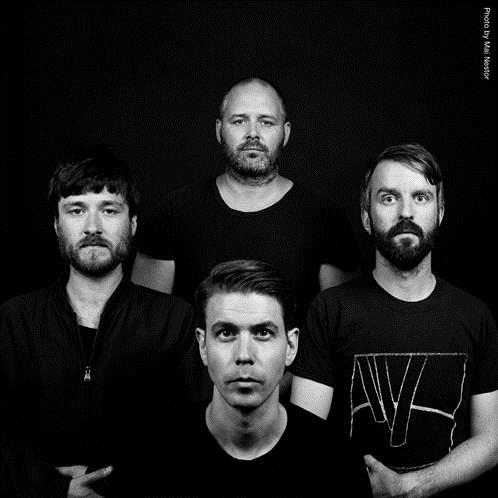 After reviewing their new album for the Louder Than War magazine (Et Ex got a well earned 7/10 rating) we blobbed by referring to the Swedish instrumental proggers, GÖSTA BERLINGS SAGA ,  as Norwegian. In an attempt to dig back out of the hole, Mike Ainscoe makes amends by apologising humbly and profusely and getting on with chatting to Gabriel Tapper and Rasmus Booberg about some more interesting topics centred around the latest album.

Louder Than War: So – how do you think this album fits in the GBS discography? One obvious answer is that as your latest it’s your best…

GBS: I think every album is our best so that is very true! You can perceive albums in so many different ways and in some ways this is an album that sort of ties our visions of Sersophane with Glue Works together, but we take these different paths out further in each direction than we have done before.

LTW: Many must have asked you if you’ve never been tempted to include some sort of vocals – how do you usually answer that?

GBS: That question isn’t raised that often as one would probably think. Especially now when our latest single actually incorporates a guest-vocalist. I think the way we create music allows for many kinds of sounds, but few instruments would probably stand out as much as a human voice. So I don’t think many listeners actually miss vocals in our music more than they would miss any other form of sound. Let me put it this way: you don’t miss  flugelhorn, or oboe, or washboard. So why miss only specifically the human voice. You know?

GBS: We have been trying different ways to publish our music since we first started recording but we never settled on any form of method or contract that felt like it completely synergised with our vision of freedom in creation. With this album and going into the future we decidedly wanted to have as little as possible to do with the surrounding details, publishing, numbers and everything that goes in to actually publishing an album successfully. Hopefully letting us focus wholeheartedly on creating new music. Inside Out has been on our radar for quite some time and we were honestly really curious about learning more about their seemingly high level of professionalism. And the simple fact that they believed in us was a testament to their willingness to experiment!

GBS: The record was a very loose web of ideas and base coats when Rasmus entered the process so he definitely got to add his flavour all over this one. That being said, it is not a particularly guitar-heavy album, and the two most guitar fueled songs are featuring Henrik Palm for those parts. Instead, you can hear Rasmus play some clarinet on the song ‘Over and Out’, and he plays a handful of the synthesizer parts and what not. If we ask him: “I didn’t find that the album wanted to be layered in guitars and I have no need to lay down guitar tracks, just because. Hopefully my loose style of jumping between instruments can get to good use in the future and will add to the sound that is GBS in a good way.”

LTW: Are there any particular influences that gave you direction on ET EX? Maybe other bands or albums or life events or places…?

GBS: I think we all have our different influences and references that differ wildly. To us, this album felt like the start of something new and slightly unknown, while developing and exploring the building blocks that we have created throughout the years.

LTW: So how does the writing usually evolve with GBS? Are you together in a studio or doing your own thing and sending files across to each other?

GBS: We try to mix it up and the songs can vary a lot. It often starts with a member presenting an idea to the band. David claims to have hundreds of them recorded and we believe him. Then we get together, 2-4 of us and try it out loud and the first idea will probably morph into something completely different. The following step is a mystery but everything is allowed and nothing is sacred. In the end we sort of record some things on our own but the things that are harder to agree on we tend to flesh out as a group.

LTW: Is there any particular track on ET EX that you think is ‘the one’ that you would send to people who didn’t know your band?

GBS: Since the album is so dynamic and varied that is a hard one to decide on. I think we all have our favourites and or own idea of what the spirit of the album actually is. I (Rasmus on this question) would probably send Veras Tema or Square 5, just because they represent a side of the band which feels so unique to me. 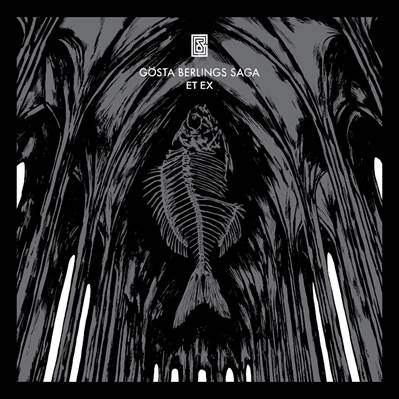 LTW: The artwork is quite dramatic in the stark colours and symbols – in fact is there anything we should read into the art?

GBS: We have been somewhat vocal with not wanting to push our own ideas behind the artwork and design so I might leave this answer vague. We have been discussing within the band what underlying themes this album represents to us and we can say that this album is coming more from a ‘Metaphysical’ perspective compared to our previous works. Not at all in reference to any spirituality or religious mumbo jumbo but more in regards to the human psyche, both as individuals and as a whole.